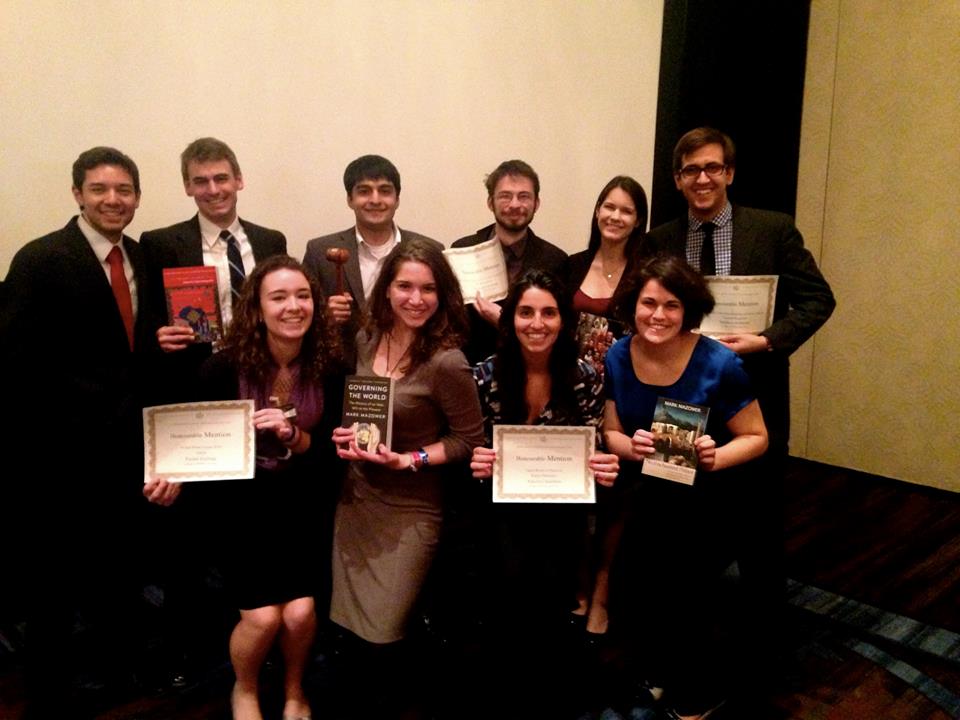 Nine members of the College of William and Mary’s International Relations Club left Canada victorious after participating in one of the largest college Model United Nations competitions at McGill University in Montreal. Fifty of the club’s members represented the College at the conference.

“My committee was the U.S. Council of Economic Advisers in 2008 addressing the automotive industry and the impending financial crisis,” IR Club Director of Finance Neal Chhabra ’14 said. “My position was Alan Mulally, the CEO of Ford, so during debate on whether to bailout GM and Chrysler, I had to try to promote policies that he would agree with.”

Chhabra creates and monitors the budgets of all branches of the club, which include the MUN budget, the college, high school and middle school conference budgets, and the service committee budget. He also won the Best Delegate award in his committee for his performance.

The College’s MUN team is ranked eighth in the nation. The top ten includes universities such as Georgetown University, Harvard University, Boston University and Yale University.

McGill’s conference, named McMUN, celebrated its twenty-fifth year of operation and is one of 10 conferences the College’s club attends each academic year.

“I have been on the trip to Montreal every year since I was a freshman,” Connor Smith ’14, vice president of Model Union for the IR Club, said. “A lot of planning goes into the travel competitions. We have to register for the conference itself, book hotels and transportation, choose who attends and position or partner them up, go through training sessions to prepare and then the all-important task of keeping track of everybody.”

Once at the conference, Smith said the organizers plan most of the weekend’s activities, which typically includes long hours of committee meetings interspersed with social events.

MUN conferences, including McMUN, are organized into General Assembly committees and Specialized Agencies, which can differ wildly in the topics discussed.

The College’s MUN team also competes in World MUN conferences. Sponsored by Harvard University, these conferences are located in a different place each year.  This year, it will be held in Brussels, Belgium.

“World MUN is really our bread and butter,” Iman Shakeri ’14, Vice President of Campus Affairs for the IR Club, said. “It is a week-long trip the week after spring break and it is a huge commitment for the nine to 14 people that we typically send.”

Not only is the application process within the club extremely competitive, but members said chosen participants also take on a large time commitment each week leading up to the world conference. Last year the College’s MUN team won best delegation in the world in Melbourne, Australia and nine delegates on the team received awards.

While the team is at school, they are also planning and participating in a variety of activities. With the help of the IR Club, the College is one of the few colleges in the nation that hosts a college, high school and middle school MUN conference each year. The middle school conference is the weekend of Valentine’s Day this year and is coordinated by Alison Roberts  ’15, secretary general of the middle school MUN, also known as WMIDMUN.

“It is a lot of work but it also really exciting,” Roberts said. “We invite local middle schools and we just want to give them a chance to have them talk about things they wouldn’t otherwise. It is more like an educational and service-oriented outreach program and I am so proud to be a part of it.”

These conferences, along with aid from administration and the club’s many other fundraising activities, help fund transportation to conferences and provide money scholarships to support the delegates who attend the World MUN conference.

The club also chooses a charity to support each year with some of the money raised. This year they are helping an organization called COPE, which provides rehabilitation as well as orthotic and prosthetic devices to individuals in Laos who have disabilities due to explosions from old Vietnamese landmines.

Shakeri also emphasized the club’s social aspects. “People meet their best friends in the IR club, live with each other, celebrate with each other,” Shakeri said. “MUN is a really social as well as incredible learning experience. You get speaking and writing experiences. MUN teaches you how the real world works. ”

Smith said he would encourage other students to look into joining the College’s IR Club.

“I think there is a perception that it is hard to join, but it really isn’t,” Smith said. “We have expanded the club a lot over the last couple years and we are a very open organization. We are eager to get people to join.”