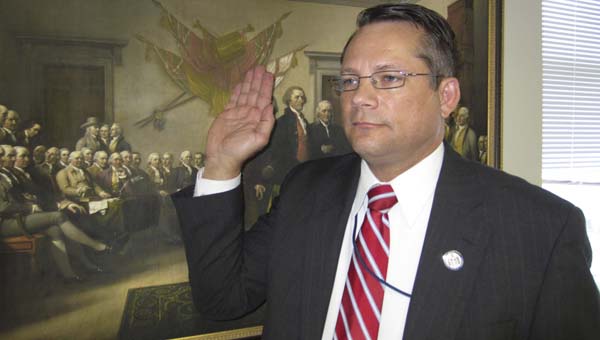 The procedures and protocols for student conduct hearings at the College of William and Mary may be about to change, thanks to a new bill currently under examination in the Virginia state legislature.

The bill — known as HB 1123 and introduced by Delegate Rick Morris, R-64 — would allow students being tried by campus judiciaries for non-academic offenses to hire counsel and challenge verdicts. The proposed bill would apply to all Virginia public universities. Last year, a similar bill passed in North Carolina by a vote of 112-1.

Current policies regarding a student’s right to an attorney vary at institutions across the state. At the College, a student may hire a lawyer to be present during the hearing and to advise the student, but the lawyer is not permitted to speak on the student’s behalf. HB 1123 would change that, giving the lawyer the right to present the student’s case and conduct questioning.

Joseph Cohn, legislative and policy director for the Foundation of Individual Rights in Education, said he believes this would give the accused student a fair chance — a fundamental right all students should be afforded.

“It’s unreasonable to expect an 18- or 19-year-old to face a dean — who’s gone through [the hearing process] repeatedly — without any knowledge about how it tends to go, without any experience to recognize issues that need to be raised,” Cohn said. “It’s just so problematically unfair … that having a lawyer in the room fundamentally changes that.”

Although the financial burden of hiring a lawyer would fall on the student, the law would most likely have secondary costs for universities, which would need to hire more legal counsel to balance things out, and may end up paying large sums in damages in cases that are successfully appealed.

The Department of Planning and Budget conducted a fiscal impact study on the bill and concluded that large universities would each need to hire one extra lawyer,

costing  approximately $497,575 annually. Smaller universities could rely on extra attorneys hired by the Office of the Attorney General, at an estimated cost of $208,667 per year. Furthermore, as the processes change due to the new system’s more legalistic nature, schools would have to train faculty and students at an additional cost. Damages granted in the event of an appeal would also place a new financial burden on schools.

Non-financial costs would include increased pressure on schools to conduct a more complicated process within an already restrictive time period. The impact study predicts a rise in the number of cases being heard in local courts when decisions made on campus are challenged, although it estimates that present resources will be sufficient to accommodate this influx.

“We’ve all seen a lot of TV shows; we’ve seen what courtrooms are like — maybe we’ve seen them in real life,” Chief Compliance Officer Kiersten Boyce said. “That’s not an easy system to create and to administrate. There’s a lot of money and time and effort and structure that goes into that. We don’t have that, and it’s going to be quite difficult for us to create it, but I think we will need to if that’s the universe that we’re put into.”

Cohn, on the other hand, does not believe that the law will turn campus judiciaries into “Law and Order”-style courtrooms.

“The law doesn’t  try to make campus judiciaries criminal proceedings,” Cohn said. “It would just suck up a tremendous amount of resources if they had to do that. But having a lawyer who’s at least allowed to speak and raise issues means that panels making these decisions will have the benefit of someone who knows what they’re doing bringing those issues to their attention. … That one change doesn’t require any additional resources from the university at all, but makes sure that there’s an even playing field.”

Still, opponents of the bill view the presence of lawyers as detrimental. Associate Dean of Students Dave Gilbert said he views the current process as a reflection of the College’s values.

“It is worth noting that attorneys are hired, indeed they have a defined duty, to zealously represent their client regardless of the facts,” Gilbert said in an email. “Attorneys need not concern themselves with whether the student actually violated our standards or harmed a member of our community. We, on the other hand, are concerned with discovering the truth, and we seek to illuminate the truth through our process. … We believe the process, when conducted effectively, results in the proper findings and is appropriately balanced as it is currently constructed.”