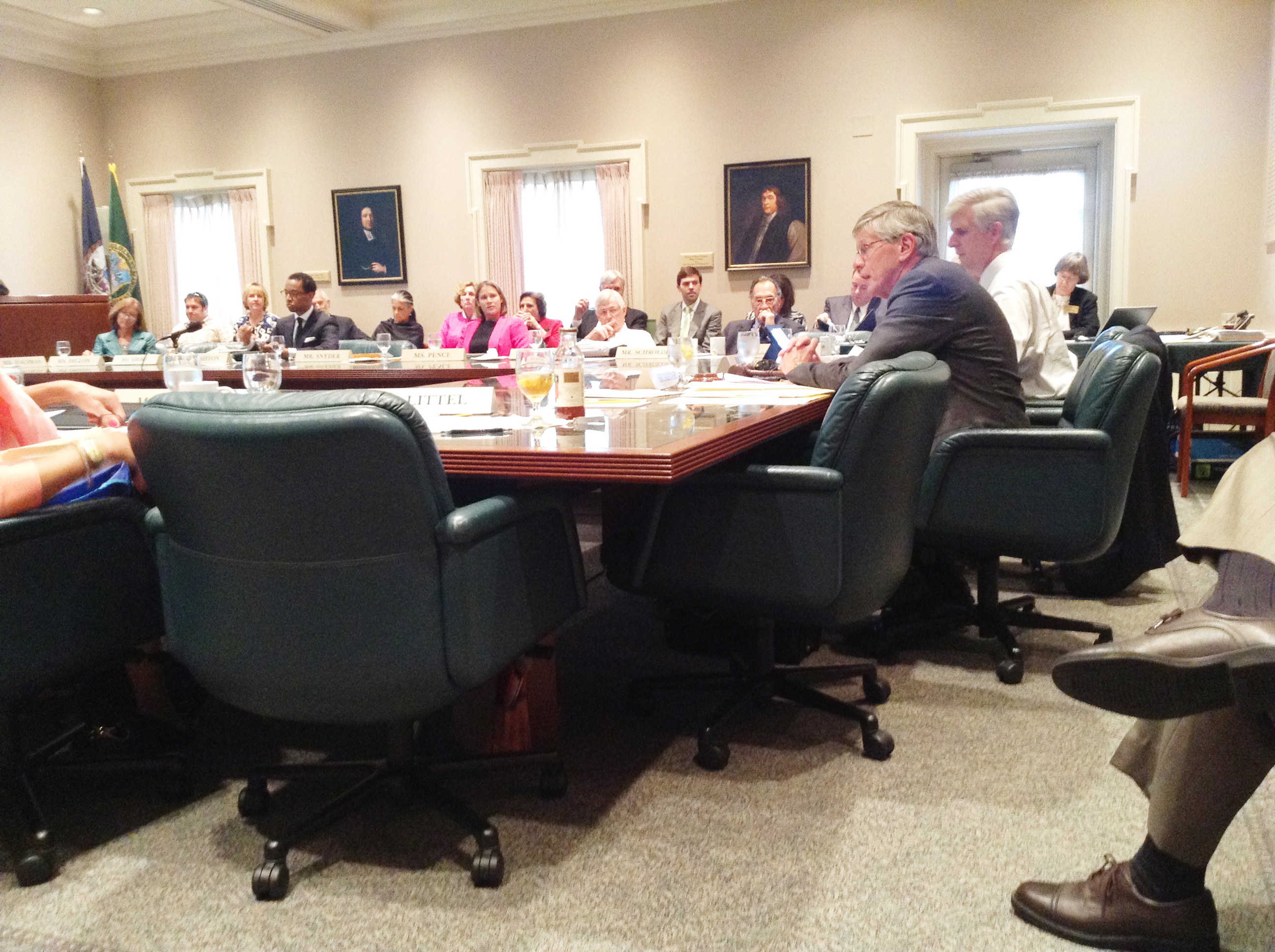 During Thursday’s Board of Visitors Meeting on Academic Affairs, the committee discussed the revised curriculum and the new COLL requirements.

“General education curriculum changes over time,” Provost Michael Halleran said. “What Thomas Jefferson studied at William and Mary in the early 1760s is not what students study today. And our students today arrive with different preparations than the students 20 years ago.”

The Board opened by justifying the change in curriculum using the College’s charter, created in 1693. Article 5 section 1 of the charter allows the faculty to determine the curriculum at the approval of the provost.

The last time the College revised its core requirements was in 1993.

The new COLL system will replace the current GER system beginning in the fall of 2015. All students will still be required to take cross-curricular courses in the areas of the arts, humanities, social sciences and natural sciences.

The COLL courses cannot be fulfilled using AP or IB credits from high school. In their first year, students will take a 100-level course, in addition to their freshman seminar, which focuses in-depth on a specific topic. Additionally, students will be required to take a single course in three cross-disciplinary knowledge areas at the 200 level.

“We aspire to offer the best undergraduate education system in the country, grounded in the liberal arts,” Halleran said. “The new system will help us do that.”

“In my opinion, the COLL system combines the best of the old and the new,” Halleran said. “It continues the key ingredients of a liberal arts education, namely breadth of study and study based on inquiry and discovery, at the same time increases the integration of the students’ educations, expands their global perspective, and increases their engagements with on-campus research with faculty.”

In order to accommodate changes and challenges that could arise with the new system, the COLL requirements will be implemented over a four-year period.

“There is no ‘dumbing down’ of this curriculum,” Vice Rector Robert Scott J.D. ’68 said. “In fact, the emphasis on integration should make it more intellectually demanding. The suggestion that only specific courses in prescribed subjects demand rigor is simply mistaken and without any foundation.”

The new system will also affect the College financially. During the integration period, when some students are taking classes through the GER system and some are operating by the COLL system, the College will require an extra $200,000 per year.

“You want commitment to these courses,” Halleran said. “I don’t think that these courses will just be taught by someone who has not been around.”

Another concern addressed at the meeting was the global studies requirement. In their third year of study under the new curriculum, all students must complete a global requirement that can either be completed through an on-campus course or through study abroad.

The administration plans to work with the Wendy and Emery Reves Center for International Studies to increase study abroad grants and scholarships, allowing more students to go abroad.

“William and Mary students virtually out-perform graduates of any other place in the country,” Halleran said. “Rigor is not a function of the name given to a course.”