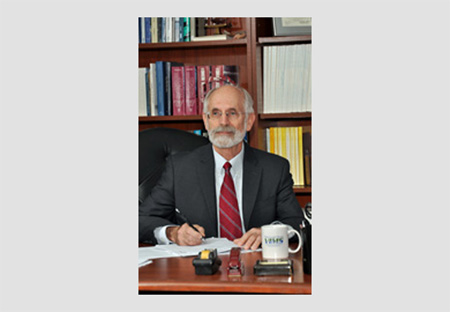 The Board of Visitors Committee on Administration, Buildings and Grounds discussed construction projects involving VIMS, Tyler Hall and the Integrated Science Center, as well as the College’s new dining plan, at its meeting last Friday.

Dean and Director of VIMS John Wells spoke about proposed new buildings and the new research vessel at VIMS, while Vice President for Administration Anna Martin described the status of planned construction on campus.

During the last budget allocations, former Governor Bob McDonnell, R-Va., made $8 million available for design and construction at VIMS.

With this money, VIMS is developing a new research vessel.

The vessel will hold 11 to 14 people for up to 10 days at sea. It may also feature a diesel electric engine and dynamic positioning.

“[Dynamic positioning] literally holds you exactly on a spot where you are on the water regardless of waves, winds and water current,” Wells said. “It’s expensive, but it’s what all the vessels have.”

The committee also discussed if undergraduates and the other graduate students feel connected to the VIMS campus. Wells said that VIMS is establishing regular transportation from the College of William and Mary to VIMS.

“When you present your proposal to us, you’ve got to bring your ‘A’ game every time,” Martin said. “Aramark had an excellent proposal; Sodexo’s was better.”

Martin said she hopes Sodexo will negotiate with the vendors in Tribe Square so that students can spend their dining dollars at places like MOOYAH and Pita Pit.

In terms of other projects, construction will begin on Tyler Hall this August after all remaining professors and administrators move out in July.

“We have a small contingent from psychology [in Tyler]. … Now you start a domino effect,” Martin said. “Psychology is going to move to the basement of Old Dominion Residence Hall; the institutional assessment will move from that into some white houses that have been vacated by University Relations.”

The ISC-3’s working drawings are finished and the project is under code review. Martin said she expects to receive the project’s guaranteed maximum price soon and will bring a master plan to the Board of Visitors in September.