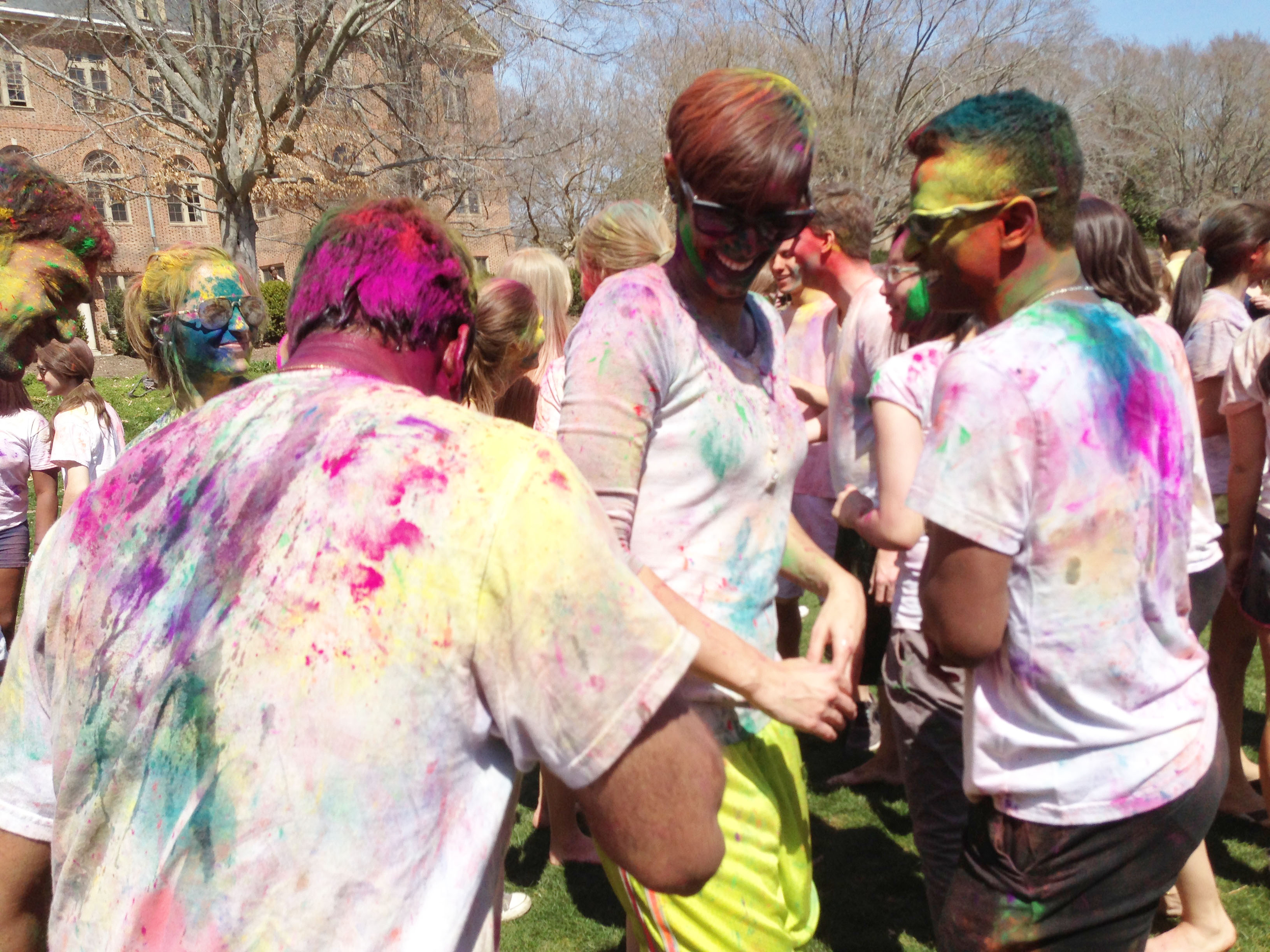 The College of William and Mary’s Hindu Student Association and the Mosaic House will host a Holi celebration on Sunday, March 23 at 2:30 p.m. on the Sunken Garden. The ceremony was postponed last weekend due to weather concerns.

The HSA has hosted the event for the past several years, allowing the entirety of the student body to experience a major celebration of Hindu culture. One of the key components of Holi, also known as the Festival of Colors, involves throwing colored powder at one’s friends and families.

“It was part of ‘I Am William and Mary Week’ last year,” HSA student member Konark Bhasin ’14 said. “Having [the Student Assembly] sponsor it last year just made it a huge deal. We got at least 300-ish people to attend.”

Bhasin, who has been involved with Holi and HSA for the past four years, said the event has grown during his time at the College. Although HSA has primarily relied on word-of-mouth and Facebook to publicize the event, he said student attendance has grown exponentially over the past several years.

“Before we start the event every year, we always go over a little history of the event and let [the students] know why we do it, and what the meaning behind it is,” Bhasin said. “Even though it’s open to all of campus, and we love having all of campus there, it is still a Hindu religious event.”

HSA student member Gayatri Sardana ’16 added that the cultural and religious background, though a vital part of the festival, is not the main focus of the event.

“We’re not trying to emphasize the religious part of it as much, because people wouldn’t understand that,” Sardana said. “The way that we like to present it to other people is that on Holi, when you throw color at everyone, everyone is covered in the same color and so everyone looks the same. So there’s no differentiation between race and ethnicity and all that, so everyone’s equal. I think that’s what people relate to the most.”

Rachel Wimmer ’16 attended the festival last year and remembers it as a colorful and chaotic afternoon.

“I didn’t really know what was going to happen,” Wimmer said. “I wasn’t going in expecting to be exploring other cultures, but that’s what it is, it’s a cultural celebration. So it was fun to be a part of that and learn about it, but still have fun and get covered in powder.”