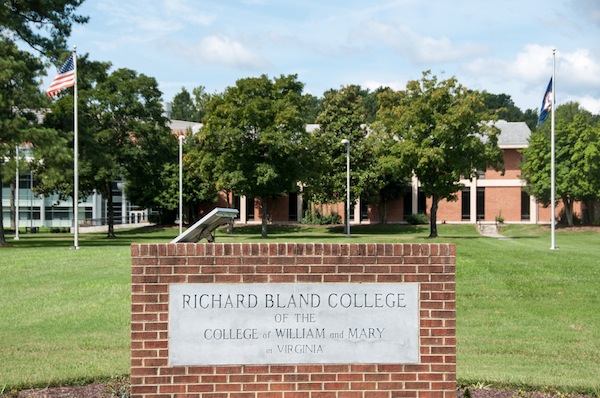 The Richard Bland College signed a Guaranteed Transfer Agreement with the Council of Independent Colleges March 18, granting automatic admission for qualified RBC graduates into eight of the CICV’s 29 schools.

“We are honored to partner with Richard Bland College and look forward to sharing in the success of future students,” CICV President Robert Lambeth said in a statement.

In December, RBC became the first two-year college that is not a community college to enter into an arrangement with the CICV, a group of private academic institutions. RBC President Debbie L. Sydow said she hopes this partnership will enable students to fulfill their goals.

“I’m a first-generation college student, and I can tell you that education meant everything to me in terms of being able to achieve the ‘American dream,’” Sydow said in a promotional video for the school.

The agreement and its expansion have received backing from Virginia Secretary of Education Anne Holton, wife of Senator Tim Kaine (D-VA), who expressed her enthusiasm for the agreement.

“[I support] anything that gives students more opportunities. … I’m not aware of any downside and I think there’s a lot of upside,” Holton said.

Described on its website as “the vanguard of learning-outcomes based liberal arts education for university transfer,” RBC lists schools to which its graduates receive automatic admission, including Virginia Wesleyan College, Mary Baldwin College and Roanoke College.

“Richard Bland College students will have a tremendous advantage by having a clear transfer pathway to any CICV college or university [covered by the Guaranteed Transfer Agreement],” Sydow said in a statement. “From acceptance to degree completion, our students can seamlessly map their journey, choosing from a diverse array of CICV institutions and programs.”

Sydow said in December that she feels the agreement will be beneficial.

“[It will] make a big different  for so many Virginians,” Sydow said in a statement. “We must do a better job of making higher education available, and I believe that that’s exactly what we’re doing here.”