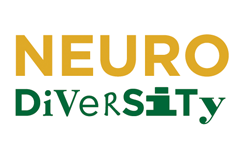 Numbers flashed on the screen as Danielle Thomas’ ’14 fingers flew like lightning over the arrow keys. The panel on autism had been supposed to start 20 minutes earlier, but people were still trickling in, and Thomas was in another world. The event only began when she lost her game of 2048 and had achieved her personal high score.

Thomas’ single-minded dedication to the game — which she continued playing on her iPad throughout the session — may seem unusual or inappropriate to the neurotypical crowd, but for someone with Asperger’s Syndrome, it is just an example of the Aspergian tendency toward hyperfixation, or becoming unusually immersed in activities or subjects that pique one’s interest.

The panel, which took place Wednesday and featured Thomas and two other College of William and Mary students with Asperger’s, was part of Autism Acceptance Week, hosted by the College’s Neurodiversity Student Group. The week’s goal, Thomas said, was to foster a view of people with Asperger’s — a disorder on the autism spectrum — as different, but not necessarily disabled.

She was joined on the panel by Joel Carver ’17 and Haley Outlaw ’17. In an informal discussion, they talked about their experiences with Asperger’s at the College and in general. Carver also gave a lecture Monday called “Autism 101,” in which he explained the symptoms of the condition and implications — both positive and negative — of an Asperger’s diagnosis.

Neurodiversity, the speakers said, should be regarded on the same plane as racial and sexual diversity, but does not receive the same kind of attention.

“There’s a void,” Carter said. “Autism and neurodiversity are different from other types of diversity because it is something that is very defined, but not something that people are, generally speaking, familiar with. You can talk about racial diversity, because for the most part, everyone has met people of different races … Obviously, it’s impossible for there to be exact understanding, but more or less people think on the same wavelength. Autism and Asperger’s … differ from that because we don’t think on the same wavelength.”

Many people with Asperger’s are naturally gifted in their fields. In cases like these, the disorder can be viewed not as a hindrance, but as an opportunity. Certain characteristics of Asperger’s, though, make living as a college student difficult. Carver explained in his talk on Monday that people with the disorder often have sensory integration problems.

For example, Thomas is particularly sensitive to heat, so she feels lucky to live in Jamestown Hall, where she can control the temperature in her room. On the other hand, students with sensitivities to strong sounds cannot control things like the occurrence of fire drills.

On a more fundamental level, forming social connections with neurotypical peers is a daunting and difficult task for Aspergians, exacerbated by the discouragement of frequent rejection.

“It’s not that I don’t want people around me,” Thomas said. “It’s just I don’t want you to judge me because I may give the wrong first impression.”

Carver emphasized the importance of human contact for Aspergians and neurotypicals alike. Although the former may be loath to make eye contact and may shy away from physical contact, their need for social connection is no less strong.

The social challenges of Asperger’s complicate more than just making friends, though. They can also get in the way of academic and professional pursuits. Thomas transferred to the College her junior year specifically to do research, but got stuck at the first step — reaching out.

“This is the first and only semester that I’ve been in research because I’ve been so hesitant to talk to anyone,” she said.

Social inhibitions like these often ring true for even the neurotypical students at the College, suggesting that the differences between students with and without Asperger’s may be less prominent than one might think.

Bishop Clarke ’17, who attended Wednesday’s discussion, has not been diagnosed with Asperger’s, but he relates to the trouble caused by the ambiguity of certain patterns of speech.

“I had to force myself to learn when there are breaks in conversation,” Clarke said. “I had to basically look at people and say, ‘Okay, is there hesitation here?’ ‘Is she making a non-typical pause here?’ ‘Is he saying something that sounds like it would be a conclusion?’ It’s an art form, in a sense.”

Autism Acceptance Week was originally called Autism Awareness Week, but the group changed the name out of the belief that awareness of the condition is not enough; rather, they hope that by educating the College community, their differences and their strengths can be understood and embraced.