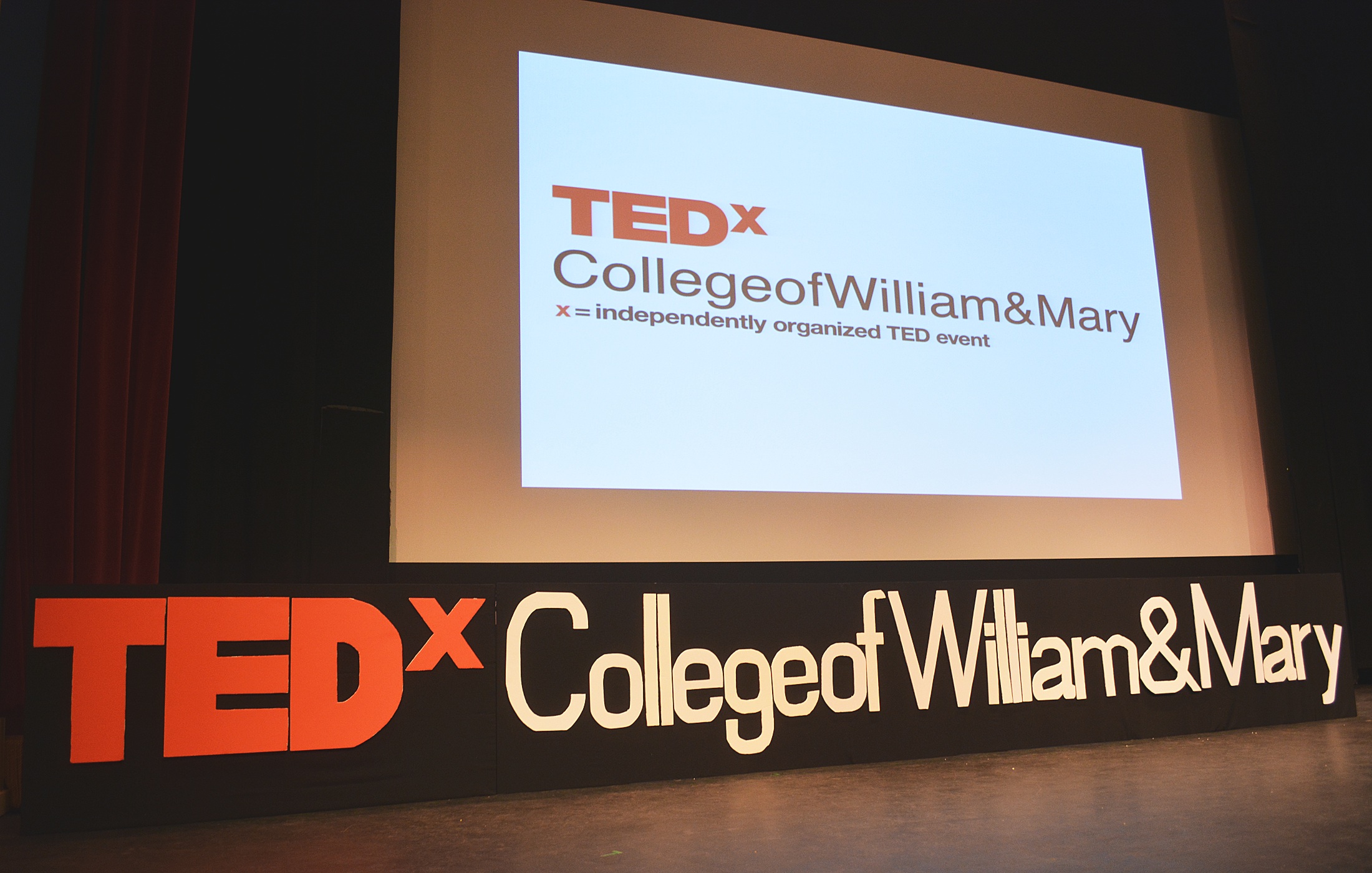 On Sunday, April 6, the Kimball Theatre came alive with entrepreneurs, lawyers, clowns and curious students. The TEDx conference of the College of William and Mary was an independently organized event created in the spirit of the TED mission of “ideas worth spreading,” and brought speakers from a variety of geographical regions and academic fields together in one colloquium.

Rebecca Silverstein ’14, curator of the TEDxCollegeofWilliam&Mary Steering Committee, worked all year with students, volunteers, faculty and prospective speakers to fulfill their vision of a successful TEDx event.

Both Silverstein and publicity chair Alyssa Zhu ’14 looked to the theme of the conference, “Forward,” as an idea that would resonate with the passionate mentality of the speakers as well as the College community.

The steering committee purposely left the theme of “Forward” broad, so that speakers from a variety of disciplines could touch on a range of efforts that are changing the structure of our future.

“[The conference] is a good way to look forward and explore the forces that are going to be shaping our lives in the world to come. TEDx isn’t about the talks that day, but about forming those connections and thinking about these crucial issues — and then acting on those,” Silverstein said.

The conference included eight speakers from different states and institutions. Some were professors or alumni of the College and some were first-time visitors to the city of Williamsburg.

Three speakers in particular illustrated diverse thought and action that relate to innovation and looking ‘“Forward” in our society today. Speakers Christopher Sprigman, John Glick and Tara Grove touched on the ‘Knockoff Economy,’ the importance of laughter in health care, and the role of the executive in enforcing the laws, respectively.

Sprigman, now a professor of law at New York University Law School, served as appellate counsel in the Antitrust Division of the U.S. Department of Justice and taught at the law school of the University of Witwatersrand in Johannesburg, South Africa.

Addressing the question of, “how does creativity fly in the face of copying,” Sprigman challenged the theory that copyright laws serve to protect original innovators’ creativity. He used the fashion industry as his main example, in which copyright laws do not play a part. Sprigman argued that copying actually spurs fashion creativity. As elite designers send new styles down the runway, brands copy the design, consumers jump on the trend until they grow weary of the style and it ends, just as a new style hits the runway.

“Copy is not the enemy of innovation [in fashion], but the source,” Sprigman explained.

Glick, an alumnus, helped to create the Gesundheit Institute, an organization “based on the belief that one cannot separate the health of the individual from the health of the family, the community, the world and the health care system itself.”

On stage clad in red and black striped tights, a frilly sparkled tutu and a red nose, Glick emphasized the value of laughter and compassion in health care. He described how he and other clowns provide the therapy of “spontaneous improvisational play” to patients in clinics around the world.

“The red nose is a passport into some of the most difficult places in the world,” Glick said, “and we can all be medicine for each other.”

Grove, Associate Professor at the William and Mary Law School, addressed innovation with regard to the executive’s duty to enforce the laws. Highlighting the debate of same-sex marriage in the United States, along with the refusal of local Colorado sheriffs to enforce gun control laws, Grove presented the idea that executives have the responsibility not only to enforce the laws, but also to personally interpret the laws and the U.S. Constitution.

“I like the idea of different institutions thinking about the Constitution and what it means to them, and asserting themselves. Whether that’s moving forward in a good direction or a bad direction depends on your point of view,” Grove said.

Before the conference, Grove expressed her enthusiasm about the event.