Home Opinions Columns In the OA selection process, Greek is a name, not a person 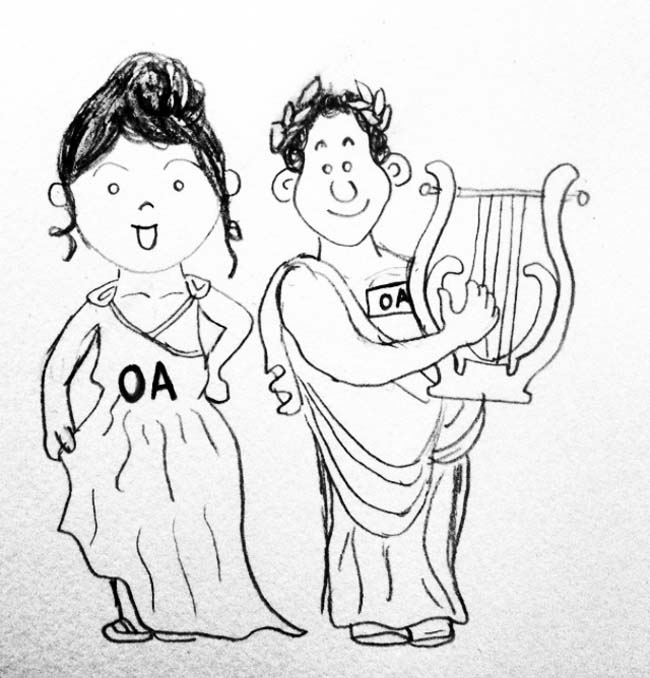 Looking at the new Orientation Aide staff for the fall of 2013, a variety of words comes to mind, but one word in particular seems to undermine the rest: Greek. Although it may not apply to all of the OAs, it is noticeable that a large majority of the staff is involved in Greek life. Some people like to argue that having such a large concentration of Greek OAs is a misrepresentation of the student body at the College of William and Mary. Some even take it a step further and say that such a heavy Greek presence on the Orientation staff fosters a narrow set of interests among new students. Some people are just disappointed that they didn’t make the staff and blame the Greeks.

First, let’s dismiss the idea that all OAs are involved in Greek life. This just isn’t true. Yes, there are a lot of Greek members on the staff, but Greek life doesn’t have a monopoly over new student orientation. I myself had an unaffiliated OA, as did the hall next to me. Greek affiliation by no means guarantees a spot on the staff.

Next, let’s think about why Greeks make up such a large portion of the OA staff. If the Greek community at the College in no way makes up for an equally large portion of the campus population, why are they so represented on the competitive OA staff? The answer is simple: As individuals, they meet the criteria to be on staff.

There are two problems that need to be addressed. Problem 1: In general, many students assume all members of Greek life are one and the same. They are not. Each Greek life member is an individual with his or her own talents and weaknesses, and those individuals shouldn’t be grouped together to assume the responsibility of all within the community. The Greeks on the Orientation staff are all different from each other. Yes, some may be in the same sorority or fraternity, but they differ from each other in almost every other way. Greeks are not only Greeks: they are athletes, musicians, artists, volunteers and everything in between. Members of the Greek community, just like everyone else on this campus, bring their own diversity to the OA staff.

Problem 2: Many assume that Greeks are offered positions as OAs only because they know other Greeks on the staff. Many members of the Greek community tend to be outgoing and committed students, and Greek life offers a number of opportunities to develop valuable leadership skills. In conjunction, these skills meet core criteria for the OA staff, and these skills are what look appealing during the competitive application process. The Greek OAs aren’t just handed their positions because they’re Greek. They deserve them.

In the end, yes, the OA staff is made up of a lot of students in Greek life. However, these students shouldn’t be seen as any less deserving of their positions. Greek is a label, not a person.