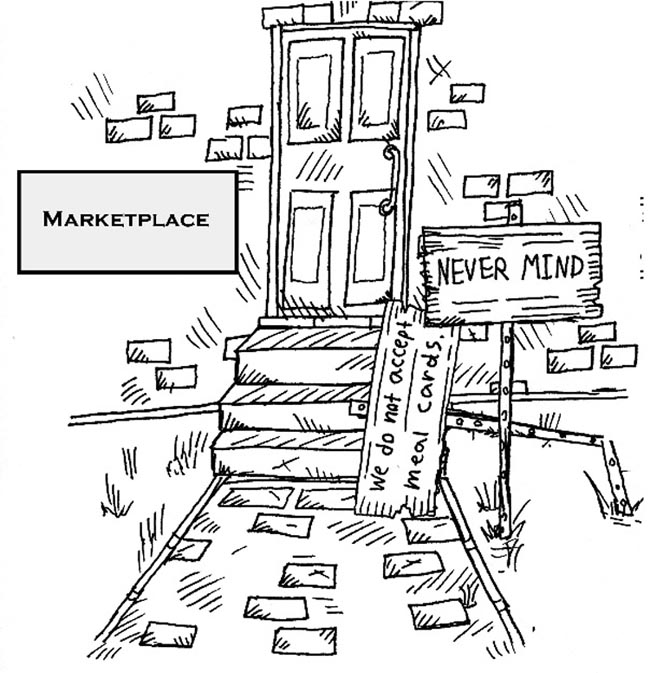 Thank you, Cynthia Glavas, Director of Auxiliary Services, for the ever-so-wonderful Dining Services update. It’s official: Meal swipes will be returning to Marketplace this Friday, Sept. 5.

It’s a much-needed change. Taking away meal swipes at Marketplace caused a whole lot of inconvenience, despite it being the smallest dining hall on campus.

Students in Jefferson, Taliaferro and Barrett Halls lost the closest campus dining hall which accepted meal swipes, as did many students whose classes were closer to Marketplace.

As if waiting in any sort of line isn’t frustrating enough, by the time you make it into the dining hall, there isn’t a single place to sit. Oh, you wanted to eat lunch with your group of three friends today? Forget it, you all have to sit alone at a random seat in between two other groups who just happened to get there five minutes before you did. Then you have to wait another 10 to 15 minutes to get your food, and by the time you all sit down together after viciously stalking the dining hall to see who’s leaving, you barely have enough time to eat before your next class, much less talk to your friends.

What was supposed to be a stress-free meal break in between classes just became the biggest headache of the day. So what did the students do? What we do best: complain. As sarcastic as that may have sounded, it’s actually meant as a compliment. The students on this campus are extremely vocal about what they do and don’t like, which is an essential part of being in a community. If you don’t voice your concerns, they will never be acknowledged.

The Overheard at William and Mary Facebook page blew up with pictures of dining hall lines, all acknowledging that bringing back Marketplace could minimize them. I admit that not all complaints were very tasteful and respectful, but what they did do was acknowledge the problem and offer a solution.

On the other side of things, the College fulfilled its part, too. Rather than remain blind to the issue, it was proactive about monitoring the effects of the dining changes and inquiring about student opinions. When the students started a “Bring Back Marketplace” petition on Facebook, the College listened.