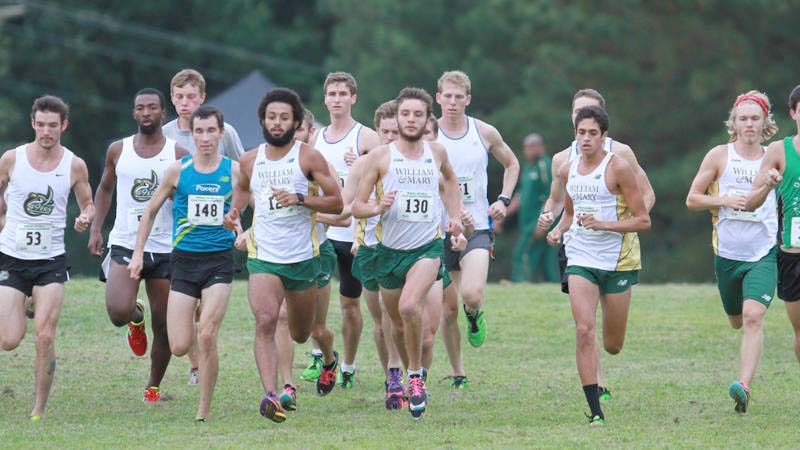 “It has become an expectation to go out and do it, and it is a lot to do,” men’s head coach Stephen Walsh said. “But I think the guys have really stepped up to it and have done a great job. Every year there’s someone different coming at us and trying to knock us off.”

Wind gusts of up to 35 miles per hour, combined with temperatures in the 40s, made for less than ideal racing conditions, but the Tribe didn’t appear to be too hampered by the sour weather.

Junior Ryan Gousse led the way for the men with a time of 25:04 for the 8-kilometer course, finishing in second place behind Elon’s Luis Vargas.

It was the College’s group running that sealed the victory, however, as freshman Mackenzie Haight headed a five-man pack that claimed spots seven through 11 for the Tribe.

The College’s five scoring runners all finished within the top 10, and all seven members of the team finished inside the top 16. Runner-up Northeastern, who also hosted the meet, was unable to match the Tribe’s firepower and finished 12 points behind the College 36 point mark with a total of 48.

Junior Carolyn Hennessey took first in the women’s race with a time of 20:45 for the 6-kilometer course, five seconds ahead of Northeastern’s Lucy Young.

“It means a lot,” Hennessey said. “I’ve put in a lot of hard work the last three years, and it’s great to finally reap the rewards.”

“Carolyn has had a great season so far,” Hall said. “She’s really confident, really strong. Each week she’s getting stronger.”

The women runners performed one point better than their male counterparts, scoring a total of 35 points to outpace runner-up Elon’s 46.

“Our idea is to be the team to beat every year coming into this,” Hall said. “The women came into this knowing that we needed to have some strong individual performances, but it was mostly to come in, to win it, and to get some momentum going toward regionals in two weeks.”

Both the men’s and women’s teams will head to Louisville, Ky. Nov. 14 for the Southeast Regionals. A solid performance could land the Tribe a spot in the National Collegiate Athletic Association championships.