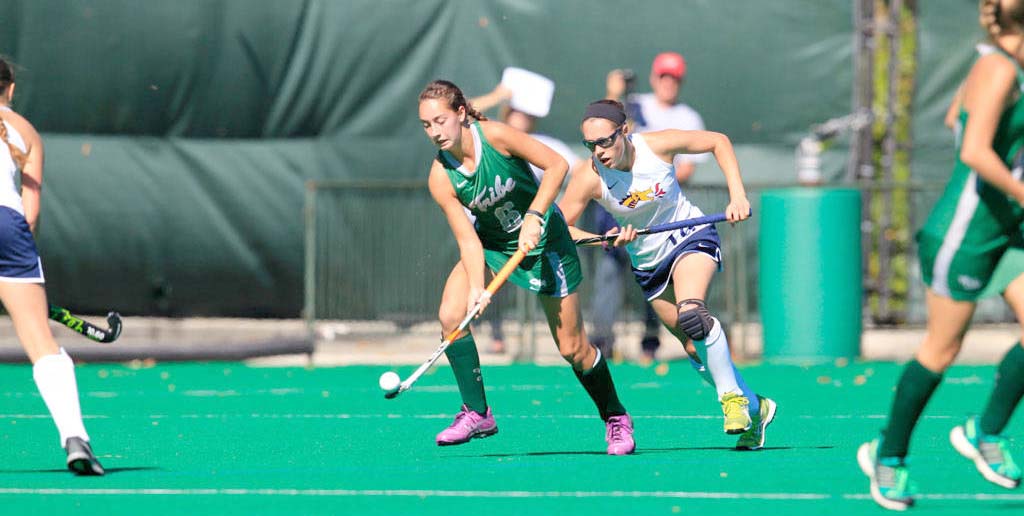 In the final two games of its regular season, William and Mary beat Hofstra 5-3 in Long Island Friday but lost to Northeastern 4-2 in Boston Monday, clinching a spot in the Colonial Athletic Association tournament in the process.

Less than two minutes into Friday’s game, Hofstra midfielder Charlotte Loehr scored the first goal of the match with an assist from forward Jonel Boileau to take a 1-0 lead. In the ninth minute, however, the Tribe tied the game 1-1 with a goal by senior forward Pippin Saunders.

Head coach Tess Ellis substituted Saunders for sophomore forward Maria Pastor in the 14th minute. Pastor immediately assisted freshman midfielder Emma McLeod, who scored at the 14th minute mark. This was McLeod’s fifth goal of the season — a total that leads all CAA freshmen this year.

Two minutes later, freshman midfielder Booter Ellis continued the Tribe’s scoring streak with her first goal of the season. Sophomore midfielder Mary Flick assisted. After senior forward Brittany Hopkins scored unassisted from the top of the circle near the end of the first half, the Tribe entered halftime with a commanding 4-1 lead.

In the 49th minute, Pastor, assisted by Clifton, scored her fourth goal of the season to push the College’s lead to 5-1. Hofstra, in a vain attempt to challenge the Tribe’s lead, quickly generated three shots — two went wide, one was stopped by senior defender Jesse Ebner — before a shot by Hofstra defender Simca Schoen deflected off of a Tribe player and found its target in the 66th minute to cut the Tribe’s lead to 5-2.

Though Hofstra added a late goal, the Tribe held strong in the final two minutes of the game to secure a 5-3 win.

The Tribe attempted 20 shots over the course of the game. Six were blocked by the defense, four were off target, five were saved by the goalie, and five went in for a total shooting percentage of 25 percent.

In Monday’s game, which was rescheduled from Sunday due to snow, the Tribe shot at both the sixth and tenth minutes, but failed to score each time. Assisted by defender Kate Carlson and forward Vanessa Pryor, Northeastern midfielder Caroline Judge scored the first goal of the game at the 17th minute off a penalty corner by forward Kelly Dunn to hand the Tribe a 1-0 deficit.

Seconds after Judge’s goal, Ebner took a shot off of Saunders’ first penalty corner of the game and hit the post; although she rebounded the ball and took another shot, Northeastern goalkeeper Becky Garner made a save and left the Tribe scoreless.

In the 26th minute, Northeastern forward Emma Lamison scored an unassisted goal to give Northeastern a 2-0 lead. Less than two minutes before the end of the first half, Judge took the ball off of Lamison’s penalty corner and passed it to Dunn, who subsequently scored. Northeastern ended the first half with a formidable 3-0 lead.

Early in the second half, Saunders drove to the goal only to be blocked and tripped by three Northeastern defenders, earning a penalty stroke. Senior defender Navneet Singh took the shot and scored the Tribe’s first goal of the game, cutting the deficit to 3-1.

Over the next eighteen minutes, the Tribe shot seven times and Northeastern shot five times; still, the game remained static at 3-1. Dunn broke through at the 59th minute and, assisted by Lamison, scored her second goal of the game to give Northeastern a 4-1 lead. Three minutes later, freshman midfielder Emma Menges scored an unassisted goal for the Tribe in an attempt to even the score. Despite shooting six times in the final minutes of the game, the Tribe failed to challenge Northeastern’s lead. The game ended 4-2 in favor of Northeastern.

The Tribe is now the No. 3 seed in the CAA tournament, which No. 1 Northeastern hosts in Boston. The College will face No. 2 Delaware in the CAA semifinals Friday at 5 p.m.