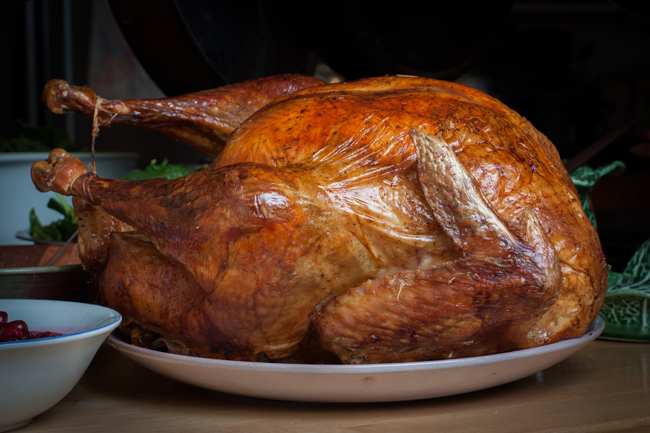 In just a few days, you will be chowing down some delicious pumpkin pie and cranberry sauce. But do you really know the story of Thanksgiving? Here is some real food for thought.

According to James Bakers novel, Thanksgiving: The Biography of an American Holiday, The spring after their arrival in Plymouth, Massachusetts, the English settlers met Squanto of the Wampanoag tribe. Squanto, who after having been kidnapped by an English sea captain, sold into slavery and miraculously escaping back to the US, knew how to speak English and acted as a translator and guide for the colonists. He taught them how to grow crops such as corn. In autumn 1621, the settlers and the Wampanoag tribe gathered for a three-day long feast with food gathered from both sides- the wildfowl from the English and five deer from the natives. This wasn’t a spontaneous event though. Both the English and Natives had ideas and practices leading up to this day.

The English settlers dreamt of their Thanksgiving day before they set sail on the Mayflower. The Puritans celebrated spontaneous days of “thanks” and “fast” for God in England. Their deeply religious nature and love for holidays may very well have played a role in the creation of the event.

In addition, Chief Kevin Brown of the local Virginia Pamunkey tribe emphasized how the Native Americans had been practicing days of thanks long before the natives arrive. In fact, each season had a day of thanks determined by nature. They would give thanks in the fall when there was a “harvest” (full) moon and the sweet corn was green. In the summer, it was when the strawberries were ripe.

Alas, the feast between the Wampanoag tribe and Pilgrims represents the traditional story of the “First Thanksgiving.” However, over the years we have recreated our own perceptions of Thanksgiving, borrowing and emphasizing certain concepts of the past, as well as constructing the day to fit current values.

For example, our addition of fall décor and the great harvest feast has been elaborated immensely throughout the years as incorporated many aspects from New English traditional dinners which included foods like pumpkin and turkey.

In the 17th and 19th centuries, the theme of religion was central to Thanksgiving. During that time, Christmas was perceived as a trivial holiday and therefore people were looking for a winter religious holiday- Thanksgiving would fit the bill. In a letter to Sarah Josepha Hale (a fervent Thanksgiving advocate), Abraham Lincoln proclaimed “Thanksgiving” as a national holiday in 1863 to “to set apart and observe the last Thursday of November next as a day of thanksgiving and praise to our beneficent Father who dwelleth in the heavens”. Where as many earlier presidents like Thomas Jefferson wouldn’t have dared combine church and state, during the time of the Civil War, the country had already started to cultivate the close ties between Church and State, and therefore the time was right for the value of religion to be emphasized.

In more recent years, we have seen the value of consumerism appear in our beloved holiday. In November 1939, FDR moves Thanksgiving up to the third Thursday in November after pressure from the National Retail Dry Goods Association for an extra week of Christmas shopping. Confused and outraged, half of the United States choose to maintain Thanksgiving on the last, while the other half change to the third November. In 1941, the country has enough and Congress signs legislation enacting Thanksgiving as a national holiday celebrated on the fourth Thursday of November (seen as a compromise between the two).

To this day we see value of consumption everywhere from advertising in the Macy’s Day Parade to increase of not one but three football games.

Although the presence of capital is there, Thanksgiving is of course still a holiday for family and friends to come together and show their gratitude. Today we highlight the message of two different cultures coming together peacefully. We use this message as a means of hope for a better future.

Alas, the evolution of Thanksgiving shows how with each new decade different parts of the “first Thanksgiving” are played out or added too. It is constantly changing to meet our current social values.

For this reason I would consider Thanksgiving- the real Moveable Feast.