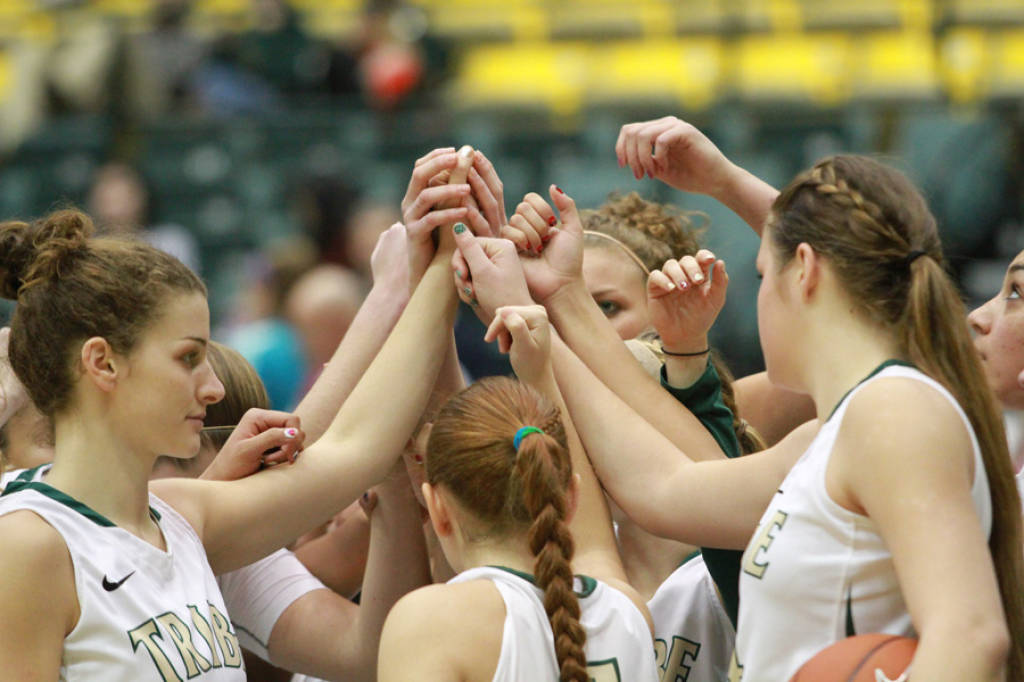 With eighteen seconds remaining in a game tied at 51 apiece, William and Mary called a timeout with possession in a nail-biter matchup against the Black Bears of Maine University (8-4) in a mostly deserted Kaplan Arena.

Just one more shot and the Tribe could seal the comeback win, although the College had trailed by 46-51a minute earlier. After intercepting two passes and cashing in on a three-pointer and a layup, the College (6-4) had closed the gap, and stood poised to steal the victory. The whistle blew, and the Tribe offense went to work.

Then another whistle: Sophomore guard and lead scorer Marlena Tremba, driving near the Black Bear baseline, had stepped out of bounds. Maine had the ball with seconds to play.

A Maine player scraped the ball off the ground and found her teammate open for a three-point shot, which sailed toward the backboard with 1.7 seconds remaining. It proved to be the game winner, as William and Mary (6-4) fell in heartbreaking fashion Sunday night.

“When you’re playing against a team that is well-coached and very tough like Maine … nothing is going to come easy,” head coach Ed Swanson told Tribe Athletics.

Entering the game, Maine was riding a six-game winning streak.

Once again, it was the road team that started strong. An 8-7 score in Maine’s favor ballooned into a 17-7 deficit for the Tribe with 12 minutes remaining in the first half. The Tribe ended the run, which had left the College scoreless for seven minutes, with a jump shot in the lane from sophomore guard Latrice Hunter. Moments later, senior forward Jazmen Boone slipped a pass to sophomore forward Kasey Curtis to cut the lead to 17-11.

“When you’re playing against a team that is well-coached and very tough like Maine … nothing is going to come easy,” head coach Ed Swanson told Tribe Athletics.

The Black Bears fought back, extending their margin to 23-11 with seven minutes remaining. Once again, the Tribe showed its resolve and ratcheted up the pressure, closing the gap to 28-23 at the half.

The second half featured a 16-2 run for the Tribe over the course of ten minutes. However, no lead was safe as the teams exchanged terrific runs. The Tribe led with five minutes to play, 45-43.

The Black Bears put together a final surge with an 8-1 run that looked to close the game. The ensuing late comeback bid for the Tribe came up just short.

While Tremba’s mistake in the final seconds was significant, she still had a strong game for the Tribe, racking up 15 points, six rebounds and three steals. After a breakout game against Wofford Thursday, freshman center Abby Rendle continued to impress as she secured eight rebounds to complement nine points, and then rejected five Maine shots.

Though the College’s individual performances were stellar, the Tribe floundered offensively as it registered a meager 32.2 shooting percentage from the field, its worst outing of the season. Comparatively, Maine shot 40.7 percent. Although the ball wasn’t going through the net very often for the Tribe, it didn’t regularly fly into the hands of the Black Bears: The College only committed 12 turnovers, well below the team’s average of 17.7 turnovers per game.

On the defensive side of the ball, the Tribe managed a season-high eight blocks and 14 steals. Currently, the Tribe leads the Colonial Athletic Association in steals per game, ranking 36th nationally in the category.