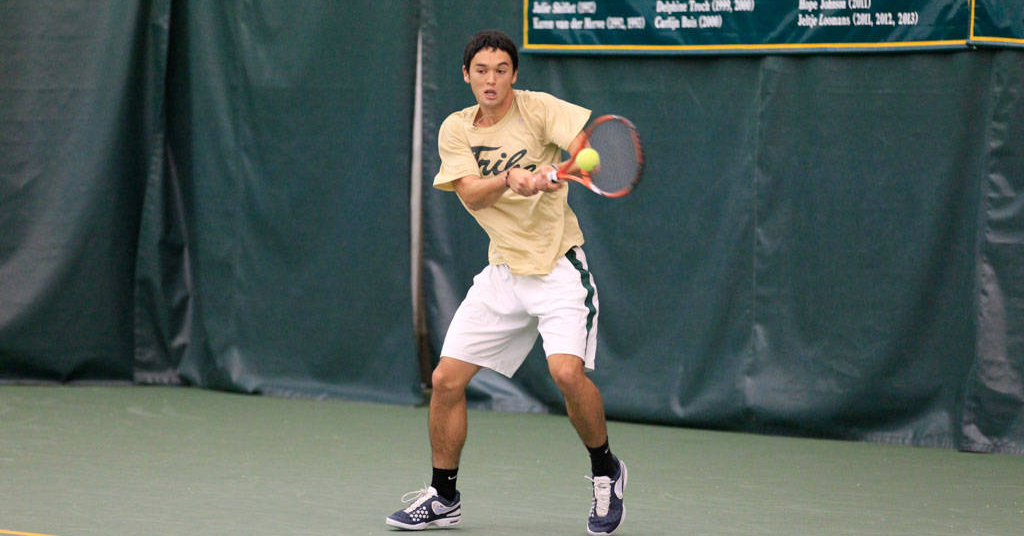 William and Mary (6-5) suffered two road losses to nationally-ranked Ivy League programs over the weekend. The College suffered a 6-1 defeat to Princeton before losing 5-2 to the University of Pennsylvania.

Against Princeton, sophomore duo Addison Appleby and Damon Niquet played the College’s best doubles match of the day. They fell to Princeton pair Kial Kaiser and Josh Yablon 6-5. The match was the closest of any doubles pairing.

Niquet won the Tribe’s only match of the day, defeating the Tigers’ Alexander Day in three sets. Day took the first set 4-6, but Niquet rallied and won the next two sets 6-3 and 10-5.

The Tribe is now just one match over 0.500, but it has played better than its record indicates. Four of its losses have come against nationally ranked teams, including a Jan. 10 loss to No. 13 Florida.

Against Penn, Appleby and junior Scott Huang notched the College’s two wins. Both won their matches in three sets. Although they lost all their doubles sets, the College was competitive throughout, as the Quakers did not win any matches by more than two points.

The Tribe is now just one match over 0.500, but it has played better than its record indicates. Four of its losses have come against nationally ranked teams, including a Jan. 10 loss to No. 13 Florida. All four losses came on the road, away from the comforts of the McCormack-Nagelsen Tennis Center.

The College does not face any more opponents who are currently ranked. Twelve of its remaining games are at home, where the Tribe has lost just once this season.

The College kicks off a 10-game home schedule, beginning with a doubleheader scheduled against Binghamton and Villanova Feb. 14. As the Tribe enters the final half of the regular season, it hopes to make a strong showing in the Colonial Athletic Association Championship, which takes place in mid-April at the McCormack-Nagelsen Tennis Center.