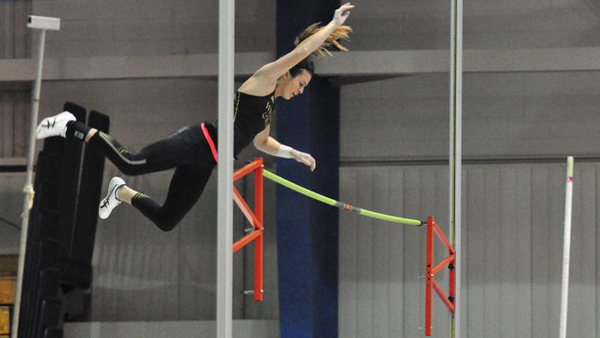 William and Mary boasted solid performances at the Liberty Quad meet in Lynchburg, Va., winning a total of seven events Friday and Saturday.

On the track, junior Jacob Sears won the mile in four minutes and 22 seconds. Sophomore AJ Tucker placed fifth in the same event with a time of 4:25.57. Junior Jomar Aryee and freshman Dylan Anderson also performed well, placing third in the 800-meter dash and sixth in the 60-meter hurdles, respectively.

Sophomore Alex Hedrick placed fifth overall in the heptathlon. He won the 60-meter dash Friday at 7.24 seconds and placed fifth in the long jump with a distance of 6.36 meters. Hendricks finished Friday with 2,598 points, good for sixth place. On Saturday, he took second place in the pole vault with a height of 4.34 meters before finishing with 4,724 overall points, a personal best and enough to clinch fifth place. The performance puts Hendricks one spot removed from the IC4As — if an athlete drops, he will have the chance to compete.

On the women’s side, the College won four events in addition to other honors.

On the field, senior Lizzie Powell won the pole vault at 4.17 meters, breaking the school record Powell set just two weeks ago by almost five inches. Powell is now tied for 19th place for Division I rankings. Freshman Leia Mistowski placed third in the weight throw event with a 15.71-meter throw, the ninth-best distance for the event in school history.

The Tribe travels to the Virginia Tech Challenge this Friday and Saturday.