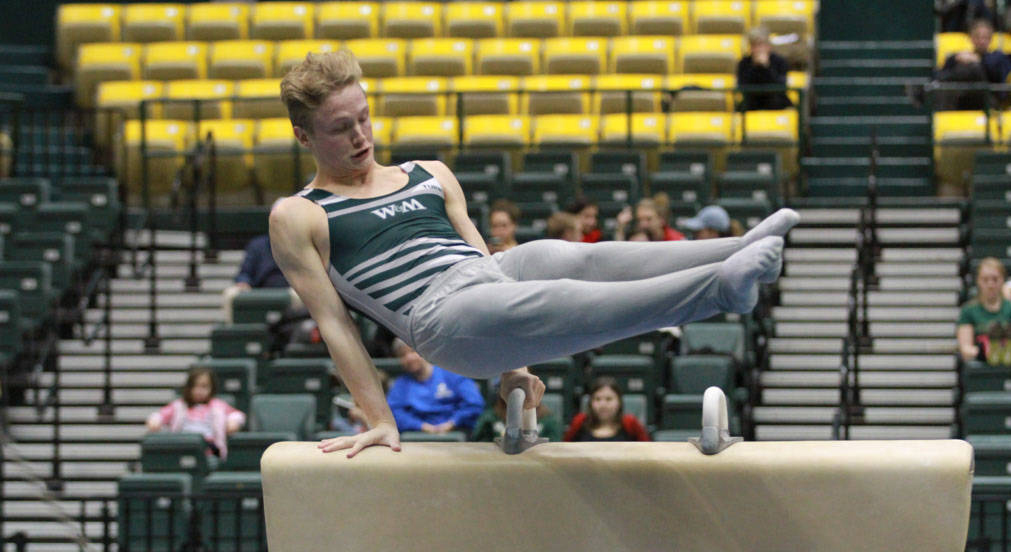 The Tribe gave a strong performance in the pommel horse event, with both junior Keaton Ackerman and senior Peter Ten Eyck contributing a season-high score of 14. Ten Eyck’s score of 14.85 was a career high and vaulted him to second place all-time for the College.

Additionally, the Tribe produced a season-best team performance in the parallel bars event from the efforts of Ackerman and sophomore Rob Meyer.

Individual honors were awarded to junior Neal Courter for his work on the floor, while Senior Michael Deitz finished second on the high bar.

The women’s team placed second at a tri-meet on Saturday hosted by Cornell in Ithaca, N.Y. The Tribe finished with 192.975 points, just a hair behind winner Bridgeport’s 193.75, but still well ahead of Cornell’s 190.450.

The Tribe scored a career high on beam with a mark of 48.625. Junior Brittany Stover continued her impressive season with a team-high 9.8 mark on beam, complemented well by sophomore Briana Gorinda’s 9.725 tally.

Stover finished second overall with 39.125, adding an additional second-place finish on the vault at 9.750. She tied her career high on the floor at 9.8, trailing teammate senior Maggie Lundeen’s score of 9.825.

Graduate student Larson Lasek competed in all events and finished with the third highest score of 38.625.