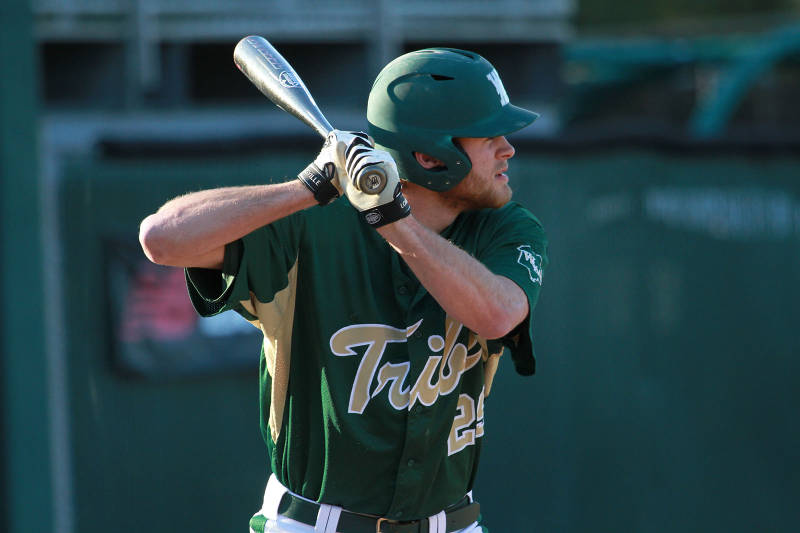 Between Tuesday, Feb. 4 and Wednesday, March 4, William and Mary’s schedule included 11 home games. Over the course of that month, the College did not play a single game at Plumeri Park. Due to snow, ice and rain, all 11 games were either cancelled or moved to a new location. Keeping with that trend, the Tribe’s series against Campbell was moved away from snow-covered Williamsburg: instead the squad played a doubleheader in Buies Creek, N.C., home of the Fighting Camels. The Tribe lost both games, with scores of 10-6 and 8-5.

Campbell (11-2, 0-0 Big South) has recently emerged as one of college baseball’s top teams. After struggling throughout much of their history, the program won more than 40 games in each of the past three seasons; the team is well on its way to a fourth consecutive year of the same. From the start, the game was set to be an uphill battle.

The first game got off to a good start for the College (4-4, 0-0 CAA). Sophomore outfielder Matthew Tilley hit his first career home run in the second inning, a grand slam, giving the College a 4-1 lead. However, Campbell immediately responded, putting up three runs of its own in the third.

The next three innings were relatively calm; the only score was a run for Campbell in the sixth. The Tribe entered the seventh inning down 5-4, but managed to score 2 runs in the top of the inning, putting the College at a one-run advantage. The Fighting Camels responded immediately, bringing in three runs in the bottom of the inning. Two more runs for Campbell in the eighth inning gave the team a four-run lead, a deficit the Tribe could not overcome in the ninth:  the College fell 10-6.

Although the final score of game two was closer than the first, the College never led. The Fighting Camels scored six runs in the first three innings, giving Campbell a commanding 6-1 early lead. The Tribe began to close the gap with three runs in the fifth inning, but ultimately the late surge was not enough for victory. The Fighting Camels cruised to an 8-5 victory over the Tribe in the second game of the doubleheader.

The two losses drop the College to 4-4 on the season. Weather permitting, the team will play three games against University of Massachusetts-Lowell at Plumeri Park over the weekend, the Tribe’s first home series of the season. After playing the Riverhawks, the College will then face off with Virginia Tech for two home games before beginning conference play.