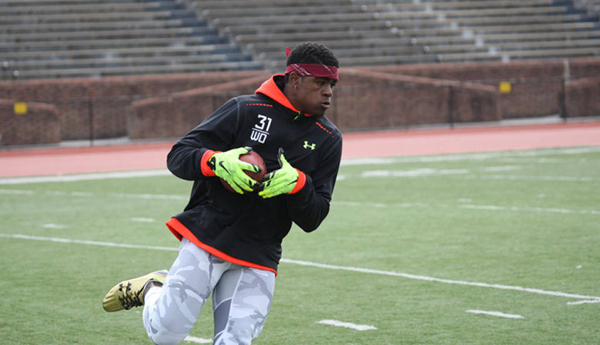 Before the National Football League’s annual draft this April, many colleges are holding a Pro Day. This day serves as a chance for top collegiate players to perform drills and work out in front of scouts from the 32 professional teams prior to the seven-round NFL draft, held in Chicago from April 30 to May 2 on ESPN and the NFL Network. William and Mary held its Pro Day on Thursday, March 19.

Tre McBride is generally the highest rated of all Tribe players by NFL scouts. Several draft gurus are projecting the College’s star receiver could go as high as the third round of the NFL draft, which would be the earliest any Tribe player has gone since former College cornerback Derek Cox ’09, who was a third round pick in 2009. NFL.com reported that Tre McBride’s performance is comparable to New England Patriot’s core receiver Brandon LaFell, who had over 950 yards and 7 touchdowns last season.

This year has the potential to be the first since 1987 that multiple players from the College get drafted. It would also be just the eighth time in the history of the program this would happen.

Several other players who participated, such as Green and Coleman, could also slip into the draft as a late-round pick or sign to an NFL team as an undrafted free agent. Both Green and Coleman competed in postseason all-star games, matchups meant to highlight various players from around the country.

Tribe fans should be alert during the NFL Draft. The College has several more players who could be playing on Sundays next season, possibly adding to the Tribe’s already impressive NFL resume.