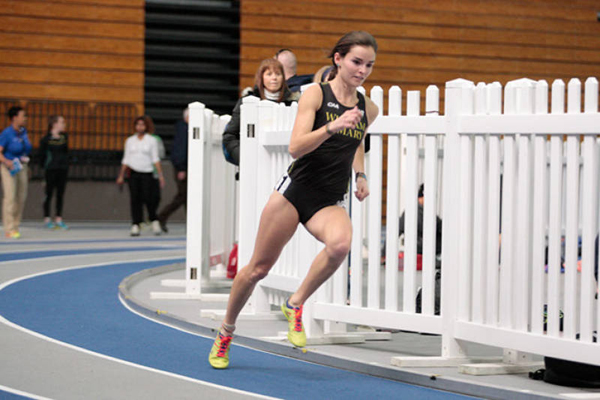 The College of William and Mary spent the weekend away at Richmond, competing in the Fred Hardy Invitational. The College picked up 73 points to finish fifth out of nine teams, an impressive feat considering the Tribe had just 16 athletes competing, far fewer than most of the competitors.

On Friday, the first day of competition, the Tribe managed to pick up three more Intercollegiate Association of Amateur Athletes of America, or IC4A, qualifiers. The IC4A championships will take place in mid-May at Princeton University.

Juniors Brian Waterfield and Taylor Frenia both had an excellent day, finishing first and second respectively in the hammer throw. Waterfield threw 60.12 meters on his first attempt, about two meters further than his previous best. Frenia also set a new personal best at 54.14 meters. Both earned an IC4A qualifier for this event. Frenia also managed to finish second overall in the shot put, with a 15.97 meter throw, which earned him his second IC4A qualifier of the weekend. Waterfield placed third in the event, with a 15.46 meters throw. Sophomore Lucas Wratschko also had a strong day, finishing fifth overall in the high jump.

The College continued the momentum from Friday with a strong Saturday. Frenia passed the IC4A qualifying mark in the discus, throwing 47.99 meters, the sixteenth-longest throw in school history. Freshman Preston Richardson finished fifth overall in the event, with a 45.20 meter throw. Classmate Jared Sinsheimer also did well, with two top-ten finishes. He placed fourth overall in the long jump and seventh in the high jump.

At the end of the weekend, Army finished in first place, earning an impressive 217 points, almost doubling up on the second place team, Virginia Commonwealth, who finished with 125. Virginia Military Institute was just behind them, finishing in third with 124 points. The Tribe was just 8.5 points behind fourth-place finisher Mount Saint Mary’s, and was more than 20 points ahead of the sixth-place team, Fordham. In-state rivals Virginia, Norfolk State and Longwood finished in seventh, eighth and ninth, respectively.

The Tribe women’s squad placed eighth of 11 teams, although the College sent only 22 athletes to the event in Richmond. Freshman Kathleen Wirshup threw the javelin 31.78 meters for an eighth-place finish in the event. Fellow freshman Leia Mistowski launched the discus for a thirteenth overall distance in the event.

The College’s outing also featured solid performances outside of the impressive rookie showing, as senior Maggie Gutierrez, competing in the 800-meter run, dashed across the finish line with a time of 2:23.20, good enough for fifteenth overall.

In the standings, the Tribe finished a somewhat distant eighth with a score of 34.67, just over 13 points below seventh-place Quinnipiac. Norfolk State stood at ninth with a 33.33 mark as the College edged out the Spartans.

Up next the Tribe will compete in the 50th Annual Colonial Relays. This event takes place in Williamsburg from Thursday, April 2 to Saturday, April 4. As the College heads toward the tail end of the season, they are preparing for the Colonial Athletic Association Championships, which take place in early May in Williamsburg. They have just nine remaining competitions before the championships. National competitions will continue on throughout almost the entirety of summer.