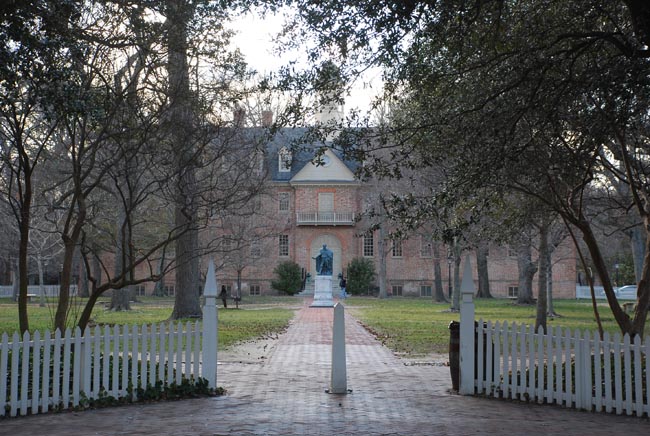 In a press conference at Kingsmill last Tuesday, Gov. Terry McAuliffe announced that the Anheuser-Busch Foundation is donating 65 acres of land to the Civil War Trust, the largest section of the Williamsburg Battlefield set aside for preservation yet. It is hard to imagine who might be opposed to such a move, and potential benefits touted by McAuliffe and others include increased tourism, the educational enrichment of Virginia residents and students, and the conservation of undeveloped land. Still, the ultimate goal of a Williamsburg Civil War Battlefield Park is a long way off, with some 400 acres left to preserve.

As James Lighthizer, president of the Civil War Trust, pointed out, “the Civil War is not something to be celebrated.” More precisely, it is something to be remembered and commemorated, not merely as a time of unprecedented suffering but also as the event through which “the United States of America truly became the United States of America…one country…the greatest nation on Earth.” The fact that Anheuser-Busch, a corporation founded by two Union veterans, has played a significant role in the preservation of the Williamsburg Battlefield is both appropriate and interesting.

It is an interesting coincidence that InBev, Anheuser-Busch’s parent company, brews Stella Artois (which might be referred to roughly as Europe’s Budweiser) in Leuven, Belgium, a city occupied by the German army during the first month of World War I. Sections of the city, including its famous university library, were burned. In commemorating the Civil War’s Battle of Williamsburg, it is similarly worth mentioning that, following the battle, detachments of the Army of the Potomac occupied Williamsburg for the duration of the war. As anybody aware of guerrilla warfare might surmise, the departure of the regular Confederate Army did not mean the Union soldiers who remained in Williamsburg were completely safe.

Like many occupied wartime territories, sections of Williamsburg were destroyed as well. This includes the Sir Christopher Wren Building, which was put to the torch by renegade Union soldiers (perhaps emboldened by drink) who were tired of being shot at by snipers hiding in its towers. Their commanding officer, at worst vexed by the breach of protocol, was probably not annoyed by the removal of a secure vantage point over his encampment.

If any of this is depressing, you may wish to imbibe the products of your local brewery, whether you find yourself in Williamsburg or Leuven. I mention this story in the hope that the College of William and Mary will take a more active role in the commemoration of the Civil War as it occurred in Williamsburg. Sadly, this might include laying to rest the misconception that the Wren Building is the oldest academic building in continuous use in the United States, unless we expand the definition of “continuous use” to include its use as a sniper’s nest and improvised field fortification. The Wren Building can still hold its title of “oldest college building still standing in the United States,” but the story of its (third) demise during the Civil War probably merits more than the single sentence it gets on the official website.

Again, the Civil War is not exactly something to be celebrated, but it is necessary for it to be remembered. I hope that the movement to preserve the Williamsburg Civil War Battlefield will encourage the town and the College to take further steps to commemorate not only the Peninsula Campaign itself but also the somewhat murky history that followed.

Frank Fucile is a PhD candidate in the American Studies Program at the College of William and Mary. He worked on the archaeological excavation of the Union Civil War camp in front of the Brafferton House in the summer of 2012. Email him at fafucile@email.wm.edu.