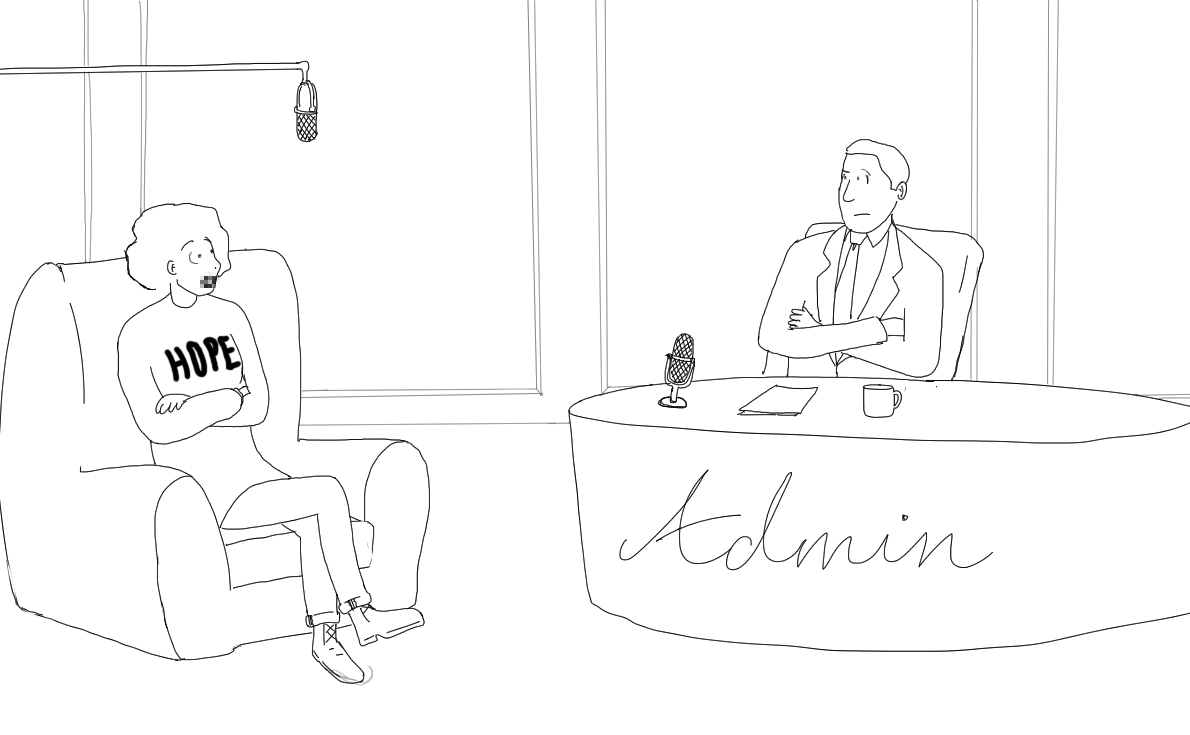 Three students penned an open letter to President Reveley and the Board of Visitors last month calling for “complete transparency” in the reporting of incidents of sexual assault along with a more serious, focused and responsible institutional commitment to ending sexual violence.

Yet the College of William and Mary administration has attempted to preemptively mitigate, and even censor, the students’ effort to promote public discourse, discrediting the letter as “grandstanding” and “activism [that] will get us nowhere but backwards.”

An administrator voiced her frustration that the open letter had been drafted without an attempt by the authors to reach out and talk with her. An open letter is an excellent medium through which to engage the public, yet the administration is concerned with the fact that it couldn’t vet the letter’s contents before the letter was published.

Another administrator stated that by publishing the letter, the writers would be “cutting off the hand that feeds [them],” intimating that HOPE should look less critically at the administration, from which it receives “thousands of $$$ each year.” Is this the best way to moderate public discourse about sexual violence?

What has become evident, however, is that certain College administrators have been uncooperative and even prohibitive in students’ attempts to foster a transparent, honest and critical discussion about sexual assault.

These statements come from an administration which had no problem relinquishing funds to screen The Hunting Ground, a documentary addressing sexual assault on other college campuses.

The administration’s attempt to meticulously audit its image fits with a default strategy of “press releases, damage control, and other forms of evasion” at which the writers of the letter were rightly incensed. The administration seems to think that only it, and not students who are passionate about preventing sexual assault, should be tasked with addressing the issue. This same administration has earned the attention of a federal investigation over its handling of reports of sexual violence.

Sexual violence is undeniably a problem at the College, as is the way it is addressed on an institutional level. The students of the College have, in part, been successful in maintaining a dialogue about sexual aggression. There is still progress to be made. What has become evident, however, is that certain College administrators have been uncooperative and even prohibitive in students’ attempts to foster a transparent, honest and critical discussion about sexual assault. This indicates not only a personal failure on the part of the administrators involved but also a systemic flaw in the relationship between the institution and its students.

There must be a degree of autonomy for campus groups which deal with sexual assault. This would take the form of a pooled-fund sexual assault prevention council. Groups such as VOX: Voices for Planned Parenthood, Someone You Know and HOPE would be united in this council and would share funding from the school. This mechanism would allow these groups to freely address sexual assault and critique administrative policy without fear of intervention or micromanagement.

A College administrator asks that the writers of the letter not “beseech the Administration to give something to you … and instead invite and inspire them to work with you.” The administration might be best suited to considering an alternative strategy: listen, without interruption or qualification, to the students who so tirelessly work to end sexual violence. You might learn something.

Tucker Higgins recused himself from this editorial.