Home Opinions A precedent for equality 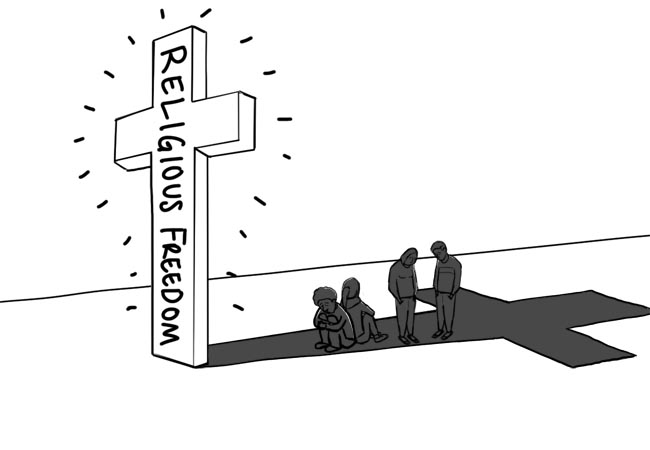 While same-sex marriage rights have advanced in recent years, LGBTQ persons still face many forms of discrimination. According to a 2011 study from the Williams Institute, an LGBT think tank, 9.2 percent of openly gay, lesbian or bisexual people have lost a job due to their sexual orientation. Currently, the Student Assembly is considering a resolution that would voice its support to expand Williamsburg’s workforce non-discrimination policy to include sexual orientation and gender identification. Given that Virginia has no such law, Williamsburg could set a powerful precedent, emboldening other localities to pass non-discrimination ordinances and pressure the Virginia General Assembly to follow its example.

As students of the College of William and Mary, we should strive to make the world a safer, more accessible place for the most vulnerable among us. LGBTQ persons were subjected to more than a century of legalized discrimination through laws banning homosexual or aberrant sexual behavior. While those laws have been ruled unconstitutional by the Supreme Court, the lack of federal or state laws protecting LGBTQ persons from workplace discrimination have left them vulnerable. Nineteen states have laws prohibiting discrimination based on sexual orientation and gender identity. That leaves 31 states, including Virginia, where public and private employers, landlords and tenants can legally discriminate against gays and transgendered persons.

As students of the College of William and Mary, we should strive to make the world a safer, more accessible place for the most vulnerable among us.

As recently as last December, the Virginia House of Delegates proposed a law that would allow anyone with a state license, including business owners, lawyers, teachers or even doctors to refuse to serve LGBTQ persons. While its sponsor Delegate Robert G. Marshall (R-Prince William) denied that it was discriminatory, the proposal says that anyone with a state license could refuse to participate in any action that “would violate the religious or moral convictions of such person with respect to same-sex ‘marriage’ or homosexual behavior.” If the proposal does not discriminate, it absolutely provides cover to those who would. While the bill was thankfully killed, its existence indicates the struggle for LGBTQ rights is far from over.

It almost seems outdated in 2015 to have to argue against LGBTQ discrimination. For many of us, these arguments are so self-evident that hearing them has become annoying: Everyone deserves fair and equal treatment from employers, whatever their sexual orientation or gender identity.

The SA should unanimously and unambiguously support this resolution and lobby it aggressively to city council. Furthermore, the Student Assembly should introduce future resolutions, encouraging city council to pass non-discrimination ordinances in housing and public accommodations and make Williamsburg a more open and inclusive city.