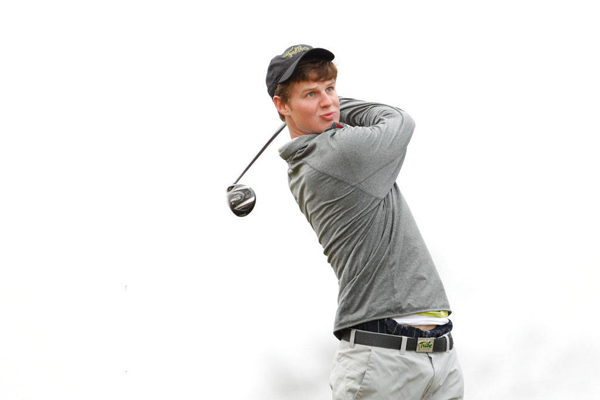 William and Mary saved its best for last this weekend, using a spectacular final round to finish in a tie for second at the Colonial Athletic Association Championships.

Sophomore Austin Morrison led the Tribe with two even-par rounds of 72 to finish at 220 (+4) in a tie for fifth place overall. The performance earned him a spot on the All-Tournament team.

After two disappointing rounds to open his weekend, senior Alex Hicks showed his skill as one of the top golfers in Tribe history. He spearheaded the final-day push with a season-best 4-under 68, jumping 14 spots in the standings to finish ninth overall at 222 (+6). Hicks’ score was 10 full strokes better than his first round and eight better than his second.

Sophomore Davis Morrison was the Tribe’s third finisher in an 8-over-par 224. Coming off an incredible performance in his hometown of Seattle at the Redhawks Invitational, where he defeated the No. 1 golfer in the country on his way to a top-three finish, senior Charlie Kern turned in a solid effort. Kern’s final round of 75 helped the Tribe secure its second-place finish, as did freshman Alex Shattuck’s 77 final round. Shattuck improved his score with each successive round, appearing to grow more comfortable with the course as the tournament continued.

The Tribe’s final tally of 893 (+29) left it in a tie with James Madison, whose Sunday score of 295 was four strokes higher than the College’s.

The College of Charleston ran away with the championship by 20 strokes with a score of 873 (+9). The Tribe’s final tally of 893 (+29) left it in a tie with James Madison, whose Sunday score of 295 was four strokes higher than the College’s. Hicks’ clutch performance was ultimately the difference, as it took his four strokes under par to catch the Dukes.

The tournament brings an end to scheduled competition for the Tribe, which has finished in the top three in the conference for the third year in a row.

The team did not earn an automatic bid for national competition, and now waits for news of any postseason bids in the NCAA Selection Show May 4 at 10 a.m. on the Golf Channel.