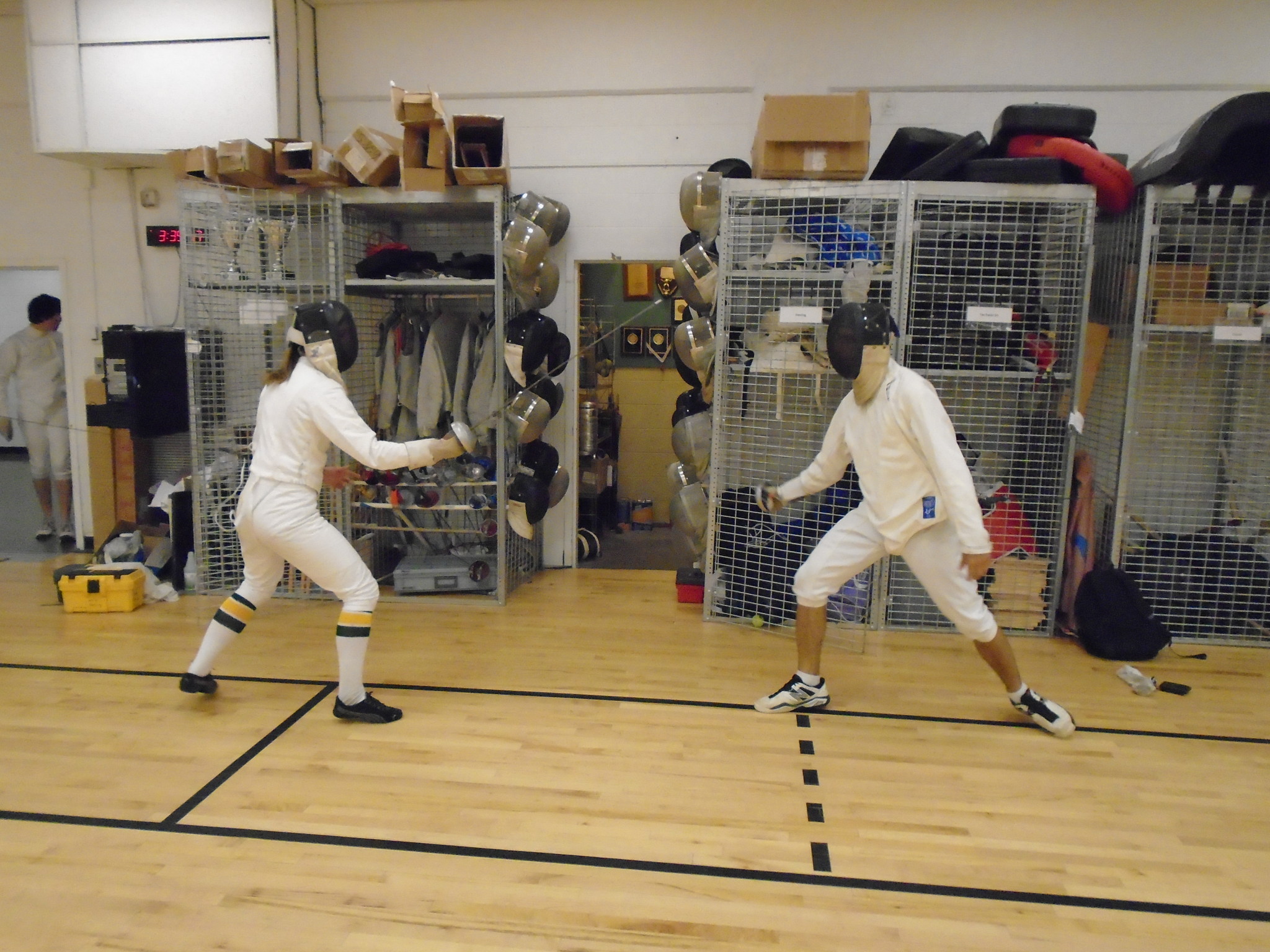 Last semester, the College of William and Mary’s fencing club consisted of 40 people in a living room. The item of discussion was goals for the next year — winning the Virginia Cup.

This April the team met that goal.

According to co-captain Michael del Toral ’15, the fencing team has faced its fair share of challenges. The team spends three hours a day, five days a week in training for the cup and competed on April 4 and 5.

Matches last only a few short minutes, and are highly technical. The sport uses three main weapons for various purposes. The saber is instinct-based, whereas the epee is a more tactical weapon. The foil is the most precise of the three.

Member Kamran Rahman ’17 said the sport has an intensely mental quality to it, requiring both skill and focus.

“The sport is a lot different than what I did in high school,” Rahman said. “It’s a more mental game than what I’ve experienced before.”

The club was founded in 1924, making it one of the oldest on campus. According to del Toral, the club has grown significantly in the past couple of years, now totaling 57 members.

“It doesn’t take a certain kind of personality to be a fencer.”

“We also get a weird mix of personalities,” Alpert said. “It doesn’t take a certain kind of personality to be a fencer.”

According to Alpert, the fencing team has a wide variety of eclectic traditions, such as Freshman Day.  After about a month of practices, freshmen go running around campus and back. After practice, team members will sit with the upperclassmen and tell stories from the last 15 to 20 years about their favorite moments in fencing and give advice to the freshmen.

“You really start to feel like a member of this team.  [Freshman Day] is the point where I have proven that I can commit and I’m going to keep going with it.” Alpert said.

Among the stories told are those about former Coach Pete Conomikes. In 1996, the same year the team won the prestigious National Conference, the fencing team lost their varsity status, meaning the College would no longer fund coaching for the team.

However, Conomikes decided to retire and stay on as coach, allowing the team to remain competitive.  Unfortunately, in 2007 Conomikes died in a car crash.

The last person on the team who fenced under Conomikes graduated four years ago, but del Toral said Conomikes is very much alive in club memory.

“After his death, we did have some difficulty maintaining that level,” del Toral said.

According to del Toral, the club remains optimistic that their varsity status will return, but the loss has not hindered the growth or success of the team.

The women’s squad was founded only five years ago, but has had a successful season. They placed first in the Southern Atlantic Conference and in the top 16 in the national conference.

Because the team does not have varsity status, members used a GoFundMe campaign to raise the funds needed. This year’s funding went towards private lessons and equipment in preparation for the Virginia Cup.

Club member Connor Symons ’17 joined the team his freshman year and said he is glad he found his place in this group of people that truly functions as a family.

“We don’t just practice and compete together, we eat together, we spend time together, and we truly care about one another,” Symons said. “I may have joined fencing as a continuation of what I did before college, but I stayed for the fantastic group of people I’m proud to call my team.”