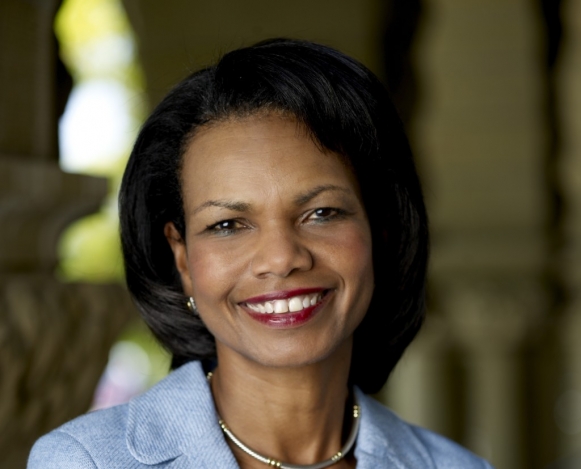 College of William and Mary Chancellor Robert Gates ’65 and College President Taylor Reveley gave opening remarks at the commencement ceremony May 16, followed by a speech from former Secretary of State Condoleezza Rice.

After congratulating the class of 2015, Gates reflected on his time at the College. He noted that this commencement marks the 50th anniversary of his own graduation, as these graduates enter the new guard and his class joins the old. In his address, Gates also congratulated the graduates’ families on their accomplishments.

“The last tuition check has cleared, leave the last parking tickets up to the students,” Gates said.

While introducing honorary degree recipient Rice, Reveley made a comparison to the College’s first recipient in 1756, Benjamin Franklin. Rector Todd Stottlemyer ’85 highlighted Rice’s various accomplishments before conferring the degree, including logging more than one million miles of travel during her time as Secretary of State — the most to date. He also introduced the topic of race relations — a recurring theme throughout the ceremony — and mentioned that Rice grew up in the South.

“The last tuition check has cleared, leave the last parking tickets up to the students.”

In her address, Rice elicited many laughs and applause from the audience. She began by describing her own commencement ceremony. She said she doesn’t remember a word of her speaker’s address and she would forgive those gathered for not recalling hers.

She also elaborated on the importance of educated people, particularly the role education played in her family history and their understanding that it is a privilege, not a right. She framed her speech in the context of four responsibilities of educated people.

Rice highlighted themes of race and inequality in her speech as well. She told the story of her changing life ambitions from a concert pianist, to an English major, to finding her passion in diplomacy and serving under former United States President George W. Bush. Rice encouraged the class of 2015 to pursue their goals no matter what, and reminded them how lucky they were to be there.

“Don’t let anyone define your passion for you because of your gender or the color of your skin,” Rice said. “There are many people in this country who are just as intelligent, just as hard working, just as deserving of success as you are, but for whatever reason — maybe a broken home, maybe poverty, maybe just bad luck — they do not enjoy the opportunities that you get at William and Mary. Don’t ever forget that. From this day on, promise to live your life humbly.”

Anuraag Sensharma ’15 was selected as this year’s student commencement speaker. His address focused on the power of being stupid, and the fear of looking stupid that prevents people from living life to the fullest. He challenged the graduates to be proud of their stupidity.

“Now as I extol the virtues of stupidity, I’m not talking about willful ignorance or intellectual laziness, I’m talking about a comfort with, and indeed a searching for uncertainty,” he said. “The ability to reach for a state where you are perpetually unsure, and yet absolutely certain that solutions lie in your grasp — this is no easy task, to be intelligently stupid requires a great deal of thought.”

“Now as I extol the virtues of stupidity, I’m not talking about willful ignorance or intellectual laziness, I’m talking about a comfort with, and indeed a searching for uncertainty.”

President Reveley closed the ceremony by comparing himself to the corpse at an Irish wake.

“You need me to have the party, but you don’t expect me to say anything,” he said.

He congratulated the class one last time, emphasizing the need for hard work, purpose and doing good for other people. The ceremony closed as it has in past years — with green and gold beach balls being thrown into the crowd of caps and gowns. Departmental ceremonies took place later Saturday and Sunday.