Home Variety Forkin' Around What Alice found at the bottom of an aluminum can: Lewis Carroll’s...

This tale begins, as many good ones do, with the infamous words “Once upon a time.”

College was a strange land: socially, politically and gastronomically uncharted. Fortunately, those who attend William and Mary learn quickly. By Alice’s first weekend on campus, she had discovered a sisterhood within her hall, realized the audacious squirrels patrolling the gardens and did not fear mankind and—to her dismay—grasped that she could palate little besides cereal and vegetables in the dining halls. Many freshmen before and after her can and will attest to the seemingly tumultuous routines and habits into which they fall when their first semester begins. In that land of books, professors, communal living and the all-nighter, they begin to find their way by doing things that the world, devoid of adolescent fervor, would find strange—like putting Oreos on top of Froot Loops and calling it dinner or leaving at 11:00 at night to start the evening.

Many freshmen before and after her can and will attest to the seemingly tumultuous routines and habits into which they fall when their first semester begins.

By Alice’s first weekend on campus, she found herself brushing her lashes with an extra coat of glossy mascara at 10:30p.m. and leaving with a flock of colorful crop-top and Daisy Duke clad girls to “go out,” as they called it. She herself wore a bright pink dress.

Somehow Alice had met a girl, who we will call the Iris, from the basement of her building. Alice lived on the first floor of Jefferson Hall that first year, and she and the Iris had fast become acquaintances. A love of early morning running may have initially brought them together, but the Iris too had joined that vibrant party as they poured out of the front of Jefferson, en masse. Their number probably didn’t know exactly where they were going other than that they were going to a party, and they were going because that was where one was supposed to go. At some point half of the gaggle went one way and half the other, but Alice and the Iris stayed together and eventually entered through the open doors of a fraternity.

Unbeknownst to them, they had stepped into another layer of the Russian nesting doll of social worlds within college. All was peaceful downstairs, but they heard the deep base heartbeat of unintelligible music upstairs and felt the pressing heat of what could have been a hundred other souls as they tentatively made their way to the stairwell. They bruised their naïve consciences as they pushed through throngs of sweaty bodies and hands holding red Solo cups, through hallways and rooms of varying degrees of light. After swimming through writhing and squirming limbs, they found the Island of Tipple: a table with a kaleidoscope of bottles and enough aluminum cans to cover a Christmas tree in tinsel.

After swimming through writhing and squirming limbs, they found the Island of Tipple: a table with a kaleidoscope of bottles and enough aluminum cans to cover a Christmas tree in tinsel.

They both plucked a cheap, shiny ornament from the pile of tinsel and struggled back to the hallway where people shouted conversations over the music. With uneasy eyes, they looked at each other and, with open minds, tasted the archetypal nectar of the fraternity party. Their faces mirrored each other in expression as soon as the sloshy lukewarm foam hit their palates. When Alice had wrenched her facial muscles out of their tight little ball of distaste, she uttered an unladylike expression comparing the contents of the metal capsule to equine bodily fluids which the Author won’t repeat here.

“What?” said her companion. Alice shook her head and indicated that the two should venture back to the first floor. After a few acrobatics on the steps and a left turn, they found a haven.

The quiet oasis that hummed only with electricity and their own voices was the kitchen. The two tender flowers breathed uninhibited for the first time since they had entered the Realm of Fraternity. Presently, Alice noticed cake sitting unattended on a counter. Two cakes, one vanilla and the other chocolate, calling to two overwhelmed girls at their first party.  As the curious girls moved closer to the mounds of gluten and sugar, a lord of the Realm of Fraternity wandered into the room.

Presently, Alice noticed cake sitting unattended on a counter. Two cakes, one vanilla and the other chocolate, calling to two overwhelmed girls at their first party.

What the Iris presumed was the fellow’s earlier preoccupation followed after, spotted visitors to the kitchen, said “Whoops…” and promptly exited. The lord of the Realm of Fraternity appeared particularly jovial and welcomed the strangers to the cake. With the words, “How often do you get cake at a frat party?” he left them to conquer the two desserts.

A sticky knife and fingers resembling those of a kindergartener at a birthday party later, they sat sprawled on the kitchen table like two tropical birds in their brilliant full array. The sink had swallowed the remainder of the contents of both their unwanted aluminum cans, and the chemical sugariness that is found only in a sheet cake had satisfactorily coated their taste buds. They laughed about the oddities of that place, and between bites of spongy sweet carbs they recounted the patterns of their lives before they had been thrown down that rabbit hole with about a thousand other people that were to be the class of 2018. At that ephemeral moment late on an August night, that cake was the most reassuring thing they had ever tasted.

It was the first genuine bond Alice had formed with any person in the place separate from what she had previously known.

It was a meal of initiation into a first year of forced self-awareness. It was the first genuine bond Alice had formed with any person in the place separate from what she had previously known. It was probably the first time Alice had ever enjoyed eating a sheet cake in her entire life. The cake was, as they say, “nothing to write home about.” The word “pedestrian” comes to mind when Alice now thinks of how her taste buds interpreted that experience, but the cake facilitated an otherwise nonexistent conversation. Devouring the equivalent of half a cake at an ungodly hour encourages the best and most enduring of friendships.

To the current freshmen and those who find their way to William and Mary in the future: When life and frat boys give you cake, accept it graciously and without hesitation. You may have to venture through the unpleasant to find a slice of sweetness, but you must seek out such opportunities as Alice did when she stepped out of the comfort of her living room and through the looking glass. Be inquisitive though prudent, but, most importantly, be doing. Otherwise, you will discover nothing at all at the bottom of an aluminum can. After all, you’re already down the rabbit hole.

The Author concedes to Alice’s request to inform the reader that Alice still does not enjoy beer. 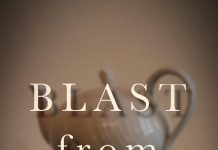 This Day in History – February 10th