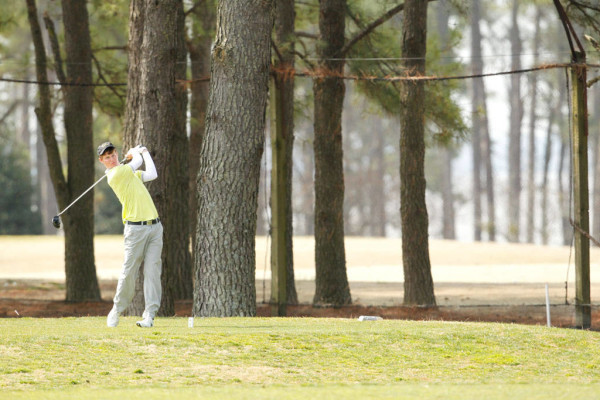 William and Mary returned to action from the summer off-season over the weekend as it participated in the Gene Miranda Falcon Invitational, hosted by Air Force in Colorado Springs, Colo. After three rounds, the Tribe finished ninth in the field of 12 with a team score of 878 (+14).

The College started off with a strong individual performance by junior Austin Morrison, who was tied for third in the field of 88 with a 6-under 138 after two rounds Saturday.

The College started off with a strong individual performance by junior Austin Morrison, who was tied for third in the field of 88 with a 6-under 138 after two rounds Saturday. Colorado’s Philip Juel-Berg and Weber State’s Devon Purser were tied for first at an 8-under 136, just two strokes ahead of Austin Morrison. Other two-round totals for the Tribe were freshman Will Stewart at a tie for 21st with a 1-over 145, junior Davis Morrison and freshman David Hicks tied for 62nd with a 7-over 151, and freshman Gavin deFisser in 78th with an 11-over 155.

After two rounds, the College was tied for eighth place with a 9-over 585, 20 strokes behind leader Colorado’s 11-under 565.

Next week, William and Mary travels to South Bend, Ind. for the Fighting Irish Gridiron Classic hosted by Notre Dame. The event is scheduled for two rounds Monday, Sept. 21 and a final round Tuesday, Sept. 22.