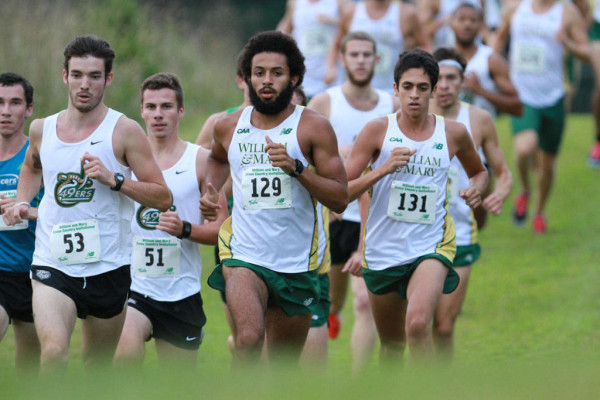 Coming into the home meet, the women’s team was recently ranked the No. 13 team in the nation. Easily defending its rank, the College had six runners in the top 10 finishing spots including a clean sweep of the top three.

After a pair of Charlotte runners, junior Molly Applegate, senior Leanna Eisenman and senior Becca Eudailey earned respective sixth, seventh and 10th-place finishes. Applegate completed the course in 18:52.93, Eisenman finished in 18:54.30 and Eduailey rounded out the top 10 in 19:05.26.

The Tribe finished with a total of 19 points, defeating the four other teams by a large margin. Charlotte registered 37 points to claim second place. This was followed by Christopher Newport in third with 86, Hampton in fourth with 121 and Norfolk State in fifth with 133.

After the women’s 5k finished, the men’s 6,000-meter race began with a field of four teams and several unattached participants. The College finished with a perfect team score despite not having the top five finishers. William and Mary had the top three as well as the sixth and seventh finishers, but because respective fourth and fifth place finishers Evan Woods and Ryan McGorty ran without team affiliation they didn’t count towards scoring.

Similar to the women’s race, the top two finishers were separated by fractions of a second. The difference between junior Faris Sakallah’s first-place finish and senior Ryan Gousse in second-place was just 0.01 seconds, as Sakallah crossed the line in 18:48.93 while Gousse did it in 18:48.94. Senior Nathaniel Hermsmeier rounded out the top three in 18:55.19. To complete the victory, sophomore Ryan Thompson and junior AJ Tucker claimed the respective sixth and seventh slots, 19:05.87 for Thompson and 19:09.17 for Tucker.

William and Mary finished with 15 points, the lowest possible for cross country when scored by the first five finishers. Coming in second, CNU had 52 points. Charlotte was third with 90 and NSU had 92 for fourth place.

The College has a week’s reprieve between competitions. Both teams will next compete at the Princeton Inter-Regional Oct. 3.