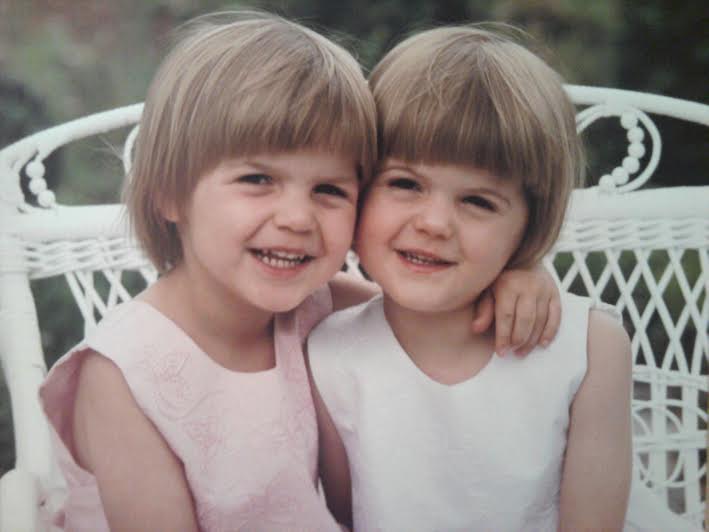 Rachel and Esther Kallon: Difference can be defining

Rachel Kallon ’17 and Esther Kallon ’17 are a set of identical twins here at the College. The two are international students from Sierra Leone living in Jordan.

“Once she came here it’s where she was meant to be all along, and I knew I was meant to be here, so it wasn’t something we were planning to do — it just happened that way,” Esther said.

The two often get mistaken for each other around campus.

“There’s still people coming up to us and thinking I’m Rachel when I’m not, which is okay, and I feel terrible because they really do feel so bad,” Esther said.

According to Rachel, if people get to the point where she can’t correct them on her identity, she simply acts like Esther.

“I’ve had a whole conversation with her French professor as Rachel. I just felt so bad because she was so sweet…she was throwing in these French words and I had to just nod and be like, yeah’,” Esther said.

The twins believe they look different, but it’s hard for other people to see.

“Because we have different personalities, people can actually tell the difference easily by the time you get to know us,” Esther said.

This isn’t the case for everyone who encounters Rachel and Esther, however.

“Our counselor just wrote the same recommendation for both of us assuming that we were the same exact person,” Esther said. “… and that freaked me out… it’s this huge assumption that because we’re twins we’re the same.”

Despite the confusion, the two do see some benefit to their similar appearances.

Rachel is a sociology major with a minor in anthropology, and Esther is an international relations major.

The differences between the two became clear during recruitment last year, where they each joined different Panhellenic organizations.

“She’s where she’s meant to be and I’m where I’m meant to be,” Rachel said, referring to their sororities.

Amongst their friends, Rachel is known as the mother of the group, whereas Esther is referred to as “the aunt who gives the kids fake IDs,” according to Rachel.

“The need to be individual is increased a lot more when you’re twins than when you’re just sisters,” Esther said.

The two dislike dressing the same way, and take extra steps to avoid looking too much alike.

“I’ll wear one outfit one day and it will be so good that she’ll want to wear it the next day… and I’ll just be like, ‘No, no, no’,” Rachel said. “We don’t like dressing the same at all. We are twins, but we don’t like looking like twins.”

The twins have never been apart from each other for more than a week.

“We like to be around each other, and when we’re not it’s weird,” Rachel said.

After college, though on different career paths, the two don’t plan on separating right away.

“We’ve made the decision that we’ll continue living together until we have to move,” Rachel said. “Whether it’s that we meet someone or we got a job elsewhere.”

The two don’t believe in telepathy, but, according to Esther, think the same way because they have been together for so long.

“I’m her other half, and if her other half is hurt she’s hurting. It’s very crucial to make sure that if she’s happy, I can be happy,” Esther said.

Sam Whitney ’18 and Paige Whitney ’18 share a different experience as fraternal twins at the College.

The two twins from Pennsylvania had the idea of attending colleges close to each other if they did not get into the same one, according to Sam.

“We definitely wanted to stay somewhat close to each other, but it wasn’t detrimental to our college career,” Sam said.

Sam and Paige decided to not room together their freshman year, and ended up living on opposite sides of campus.

“We figured since we were going to the same college we might as well branch out a little bit,” Sam said.

Paige still believes the two would not live well together because they get on each other’s nerves too much.

“Our biggest thing is clothes. We always try and steal each other’s clothes. But it’s always nit-picky things that happen when you’re always around somebody,” Paige said.

Despite attempting to branch out freshman year, the two have many mutual friends on campus, according to Sam.

“We have similar personalities, so the personalities we clicked with were a lot of the same people. And in college we’ve found that even though we’ve made our own friends,” Paige said. “We’ve already befriended [each other’s] friends because we’re so similar.”

According to Paige, despite the fact Sam and Paige are not identical twins, people often mistake them for each other and talk to one believing her to be the other.

Paige and Sam said they both plan on majoring in kinesiology.

“It was not planned that way, and we both came in with different ideas of what we wanted to do, but we both started to like the same courses and general ideas,” Paige said.

The two twins are both involved with Campus Kitchens and Greek life.

“We both joined a sorority, not the same one. So that was kind of cool to see the break-off there,” Sam said.

Paige and Sam didn’t discuss which sorority they favored during the rush process as they wanted to see where they would end up.

“I think we’re becoming independent, with each other there as a fallback,” Paige said.

Despite their growing independence, the twins don’t plan on separating too much after college.

“Ideally I’d like to at least be within driving distance of her just because as our families grow up, I want them to stay close,” Paige said.

When it came to applying for schools, Blair and Paige had intended on being together for the entire collegiate experience.

“We always knew we wanted to go to the same college, we wanted to go to an in-state college. We actually put in the additional information ‘Hey, we’re a package deal; if you don’t accept one, we’re not going to your school,’” Paige said. “But it was much nicer than that; it wasn’t like an ultimatum.”

According to Blair, the two were nearly identical on paper with extremely similar GPAs and many of the same classes.

“Our guidance counselor in high school sent a joint recommendation letter because she couldn’t tell us apart,” Blair said.

The two are referred to by all of their friends as “the twins.” Blair pierced her ears in order for people to tell them apart, according to Paige, despite the fact that neither of the two wanted a piercing.

“We go by Plain Paige and Blingin’ Blair,” Paige said about her lack of ear piercing.

When one twin changes her hairstyle, the two don’t remain different for long.

“We like what the other one has, so we have to give it a try. It helps no one,” Blair said.

The twins have dressed differently, however, ever since they have been able to dress themselves, according to Blair and Paige.

“We have similar styles. We have just a, like, joint closet so we share clothes,” Paige said. “People notice if you’re both wearing, like, olive green and jeans — everyone freaks out, so we’d have to go change. It’s much easier being [in college] because we see each other right when we wake up.”

Despite their similarities, Blair and Paige claim to have never pulled any big trading places pranks.

“That’s one of my regrets, so now it doesn’t matter if you switch classes because nobody takes attendance or anything,” Blair said.

Blair and Paige may not have ever pulled a “Parent Trap,” but the two get confused for the other quite often according to Blair.

“People get really awkward when they mix us up,” Blair said, “I don’t want to make anyone else feel uncomfortable. I mean — it’s fine. I’ve accidentally called myself Paige.”

According to Paige, the two simply pretend to be the other twin if somebody confuses them during random encounters.

“We just pretend to be each other, because we don’t want to inconvenience them,” Paige said. “If the conversation goes too long…then it gets super awkward. We have to admit we aren’t who they think we are.”

Blair and Paige plan on attending the graduate-level education program together, and don’t see themselves splitting up any time too soon.

“Ideally, we want to have our first job out of college together,” Paige said.

The longest the two have ever been apart is 14 days two years ago. Before that separation, their longest time apart was five hours.

“We’re fine when we’re separated… it’s not like we completely shrivel up or something,” Blair said.

Though these sisters might seem too difficult to tell apart, they do have small differences.