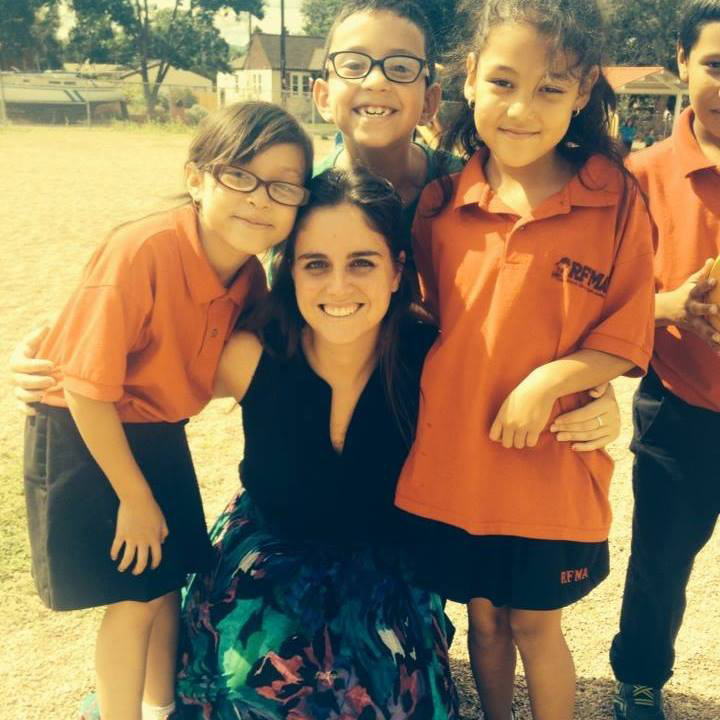 These are just a few of the terms that have been used in recent months to describe people who look like the parents, grandparents, aunts, uncles and siblings of my students. They’ve been heard in the blogosphere, on talk radio and even from presidential hopefuls on the national stage. They have fueled a sometimes nasty, often inaccurate debate about immigration in the United States. And along the way — amidst all the pain and vitriol — they have created a huge opportunity, one on which our generation must take the lead.

“And the fact that it’s not the caliber of conversation our Latino communities deserve means we have the chance and, quite frankly, the obligation to change it.”

The current dialogue about immigration has put Latinos in the United States at the forefront of national discussion. And the fact that it’s not the caliber of conversation our Latino communities deserve means we have the chance and, quite frankly, the obligation to change it.

As a teacher, I see every day the ways public policy and debate affect my kids’ personal lives. I’ve had to explain to seven-year-olds why a man screamed “immigrants” out his car window as they played outside. I’ve watched my second graders burst into tears as they talk with a surprising level of comprehension about how scared they are that their parents will be deported or what will happen if their parents can’t show a police officer proof of citizenship.

But I also see the intelligence, determination and passion that fuel my kids and will ultimately help them lead us to a better future. Ricardo Flores Magon Academy, the school I taught at during my first two years, was committed to embracing diverse identities and fostering social activism. My students, nearly all of whom identified as Latino, took our school’s mission to heart, delving passionately into social justice issues that involved not only them and their families, but also women’s rights, the Civil Rights movement, workers’ rights and more.

“It’s a direct reflection of systemic gaps in educational opportunity according to race, class and zip code.”

At too many schools, this isn’t the case. Students are simply left to make sense of a world that expects less from them. Today, Latinos lag behind their white counterparts in achievement — graduating high school and mastering reading, writing and mathematics at lower rates. This has nothing to do with ability or will. It’s a direct reflection of systemic gaps in educational opportunity according to race, class and zip code. With our country’s demographic makeup moving toward majority-minority, unless we address these gaps, we will soon be living in a nation where most students are behind.

When I first came to William and Mary, I didn’t think I’d become a teacher. After a trip to the US-Mexican border to study immigration, I created my own major focused around immigration issues and planned to make that work my career path. But as I thought about how best to make an impact on the complex issues I’d been studying for four years, I came across Teach For America and made the leap. Looking back, I can’t believe I even had doubts about the decision. Immigration and education are deeply intertwined. Every day, I get to make a real, tangible impact in the fight for social justice precisely for those who had been the object of so much that I had studied at the College — paving the way for these futures filled with potential, like the educators in my own life did for me.

“We have to start by replacing the current narrative with one that tells the true story.”

With the exception of Native Americans, we are all descendants of immigrants, some from generations that reach far into the past, others much more recently. I have a Spanish mother, a Dutch-American father and a birthplace in Venezuela. My identity is complex, but it’s rooted in a fundamental American principle: that everyone willing to work hard deserves a fair shot.

That’s why, when stereotypes and insults fly, we have to act. We have to empower the next generation. We have to start by replacing the current narrative with one that tells the true story.

Resilient. Strong. Smart. Those are the words that describe my students, their family and their community. It’s time for their country to know it.

Deborah Van Roy ’13 is a Teach For America-Colorado alumna. She currently works as a Founding Coach at Roots Elementary in Denver.