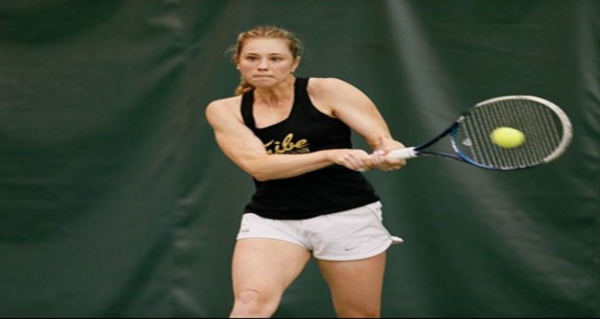 While the regular spring season is still several months away, William and Mary saw some preseason action at both the ITA All-American Championships and the ITA Atlantic Regional over the last two weeks. The men’s  and women’s teams had several strong performances in the first rounds of these tournaments, but the Tribe faltered against tougher competition in the later rounds.

The 2015 Men’s ITA All-American Championships were held in Tulsa, Oklahoma. Eight Tribe players participated in the tournament, with three advancing to the third round – junior Damon Niquet, along with sophomores Lars de Boer and Christian Cargill.

Both de Boer and Cargill fell in competitive matches in the third round. Niquet won his third round match, 7-5, 6-4, to advance to the fourth round. Niquet finished his strong showing in the tournament by losing a 6-2, 6-3 match to Dave Bacalla, a two time All-Horizon league player.

The following week, William and Mary traveled to Blacksburg, VA to compete in the Men’s ITA Atlantic Regional Championships. Senior Scott Huang, junior Aidan Talcott and sophomore Alec Miller all won their first round singles matches to advance. The Tribe also advanced the doubles team of Huang and Cargill.

Despite their momentum, both Huang and Talcott were overmatched against a duo of top-seeded players from Virginia Tech they faced in the third round. Huang was dispatched by top overall seed Andreas Bjerrehus, 6-2, 6-0. Talcott fell to fourth overall seed Joao Monteiro, 6-3, 6-4.

On the women’s side, senior Leeza Nemchinov, ranked No. 46 nationally, traveled to the Riviera Tennis Club in Pacific Palisades, California to compete in the women’s ITA All-American Championships.

On the singles side, Nemchinov took a step back after her strong performance at the ITA All-American Championships, losing 4-6, 2-6 to Victoire Saperstein of Georgetown. Thaler played a strong first round match, beating Ivana Vukovic of Old Dominion in straight sets, 7-5, 6-1.

After a first round bye, Nemchinov and Thaler struggled in their opening doubles match, losing to Liberty’s Evangeline Crist and Valerie Thong in a tiebreaker, 8-7 (4).

Both the men’s and women’s tennis teams had bright spots in their performances in the ITA All-American Championships and ITA Atlantic Regional Championships, but did not have a great deal of overall success.