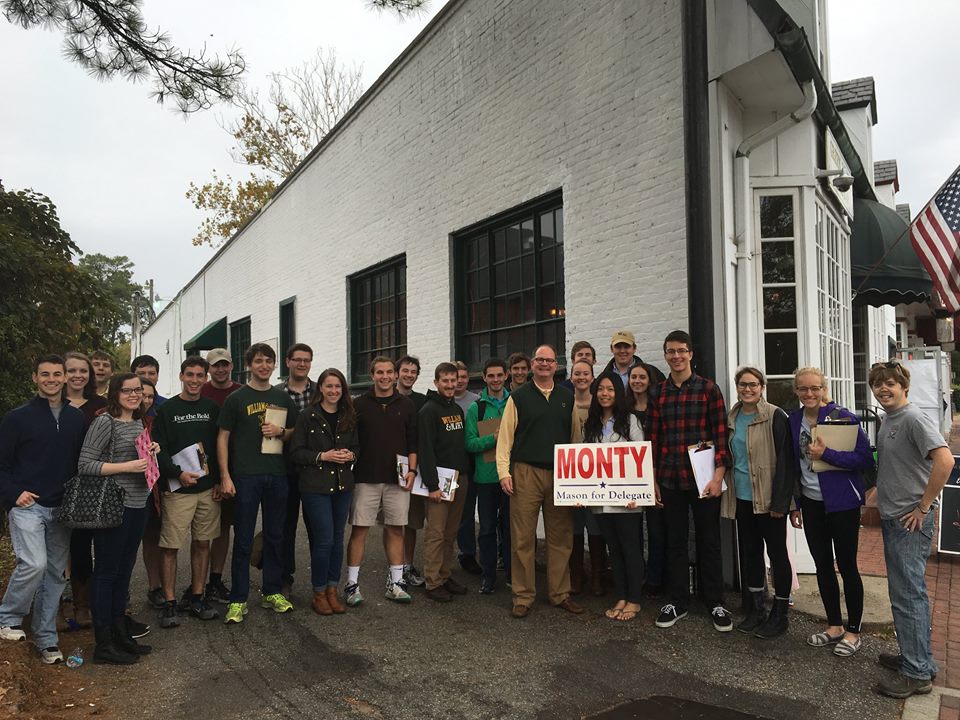 When Delegate Monty Mason spoke in front of a group of 35 students on Oct. 15 at McGlothlin Street Hall, one of the first questions he had was about housekeeping: “Anyone here from The Flat Hat?”

When no one raised their hand, he looked disappointed: “What do I have to do to get in there?”

Certainly, Del. Mason has been very busy recently. Elected in 2013 to the Virginia House of Delegates after defeating then-Del. Mike Watson, Mason continues to fight for the issues that matter most to him. Near the top, he says, is higher education. When he met with students at the event hosted by Virginia21, a nonprofit, nonpartisan organization focused on advocating for student issues, much of the discussion was focused on matters relating to the College of William and Mary students and young people. As a member of the class of 1989 and the father of two elementary school-aged children, Mason often highlighted his own experiences and the interactions he has had with his constituents.

The quality of college education is decreasing, making the achievement gap harder to close. As students at the College, we demand much from our public officials but take anything we can get.

As a member of Virginia21, I was happy to see these issues being discussed. Virginians have seen tuition for public four-year universities double in the past decade. Undergraduate education is slated to cost the average family 46 percent of its yearly income. Every year members of the General Assembly promise to do their best for students, and yet every year both tuition and class size increase. The quality of college education is decreasing, making the achievement gap harder to close. As students at the College, we demand much from our public officials but take anything we can get.

And Del. Mason has been doing his best. He patroned a bill that makes in-state tuition available to students working in Virginia and members of the Virginia National Guard. He patroned another bill that required Virginia community colleges to award credit for military service.

And it’s not just about money and college credit. It is estimated that one in five women are victims of sexual assault in college — more than 80 percent of sexual assaults go unreported. Del. Mason spoke about a bill he cosponsored establishing mutual aid programs at universities so that only felony criminal sexual assaults had to be reported to the commonwealth attorney. This was part of a compromise with those in the General Assembly who were adamant that all assaults be reported to the commonwealth attorney. Such measures, Del. Mason noted, made it less likely for survivors to report their assault.

There are currently 13 other states that have some form of either nonpartisan or bipartisan redistricting commissions. Del. Mason wants Virginia students to lead the charge in its favor.

Many students have heard the platitude about getting involved in their community. Del. Mason believes it. He made a plea for students not only to vote, but also to be active in issue-based campaigns such as Virginia21 and OneVirginia2021. The latter is an organization that advocates for nonpartisan redistricting. Right now, even though Democrats hold all five statewide elected offices, Republicans have gerrymandered the state to control both the House of Delegates and the Senate. However, Del. Mason says neither party can be trusted to redistrict fairly, since he grew up during a time when Virginia Democrats in the state legislature drew district lines to their own advantage.

Here is one more platitude: vote on Nov. 3. For more information about Del. Monty Mason, visit his website at http://masonforvirginia.com. His challenger, Lara Overy, was invited to participate in the meet-and-greet but declined to attend.