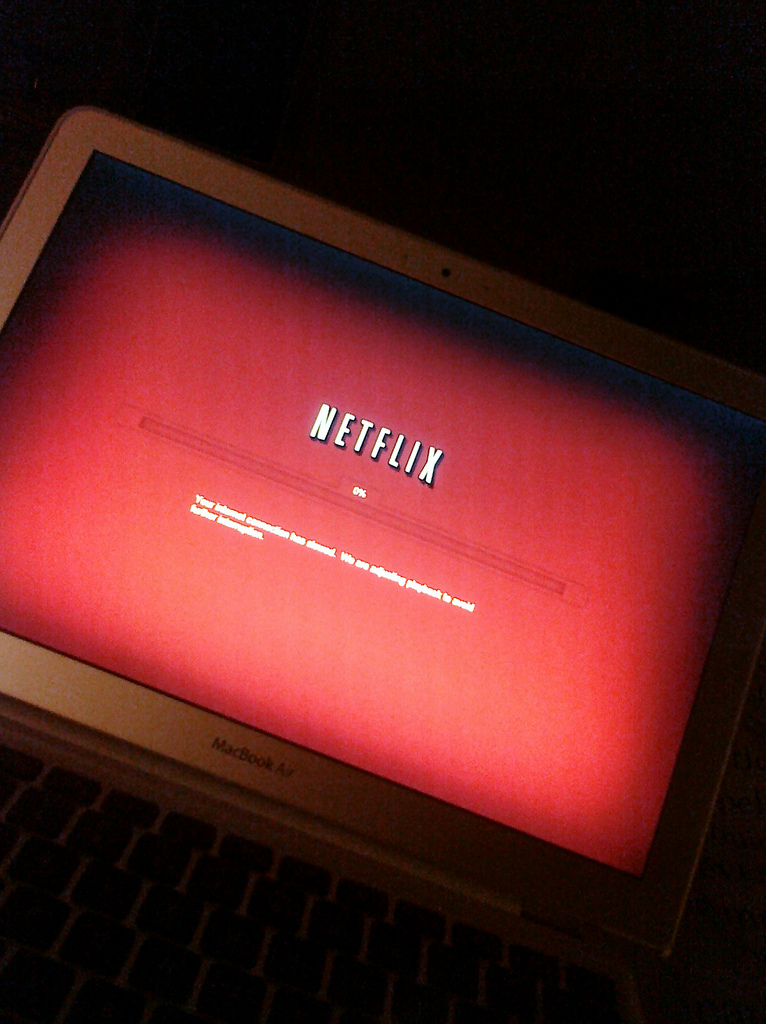 This is a public service announcement: Abuse of the drug Netflix and Netflix-variants have reached epidemic proportions. Netflix is a Schedule I-level narcotic that is even more addictive than heroine, crystal meth or Nutella. Netflix-related ER visits have more than doubled in the past season of Orange Is the New Black alone.

The drug does not discriminate across race, age or gender; however, the youth population is currently the most affected by the recent scourge of over-dosages. Sadly, most young people are not fully aware of the devastating effects of Netflix. They foolishly tell themselves they will only watch one episode and that they could never end up like their destitute friends who watch Friends. Side effects include missing class, bedsores, excessive quoting of shows, belligerent social activism based on documentaries, insomnia, job-loss, coma and death.

Within your own community, you may have seen junkies who have watched so much Walking Dead they now stumble around like zombies themselves. Some warning signs are the foregoing of social situations for “a quiet night-in,” procrastination, the wearing of sweatpants, watching more than intended and watching alone. It is important to remain vigilant for these signs and symptoms in both yourself and your loved ones.

And the perils do not stop at Netflix. A wave of synthetic streaming services, produced in dirty basement labs, are being produced so quickly that institutions, authorities and even users cannot keep up. Untested variants of Netflix with strange names, like “Hulu,” are now flooding the underground market. These varieties are especially dangerous because they have the same side-effects, but many users are less informed about the dangers they pose. When addicts build a tolerance to Netflix, they seek out Hulu for a new high. However, they tragically assume they should start at the same dosage, leading to a rise in overdoses.

The Health Center has identified students with the tell-tale symptoms of blood-shot eyes and lack of volition to put on pants.

Adding to the danger are the new strands of streaming services manufactured by legitimate cable providers, such as XFINITY ON DEMAND and HBO GO. Users falsely and tragically believe these services are safer just because they are offered by legitimate providers. They are still very dangerous. Even worse, they are expensive. When a junkie’s resources start to run low, he or she will return to the old classic because it is cheaper to score.

Streaming locations are also rapidly evolving. Gone are the days when addicts would burrow themselves into their dens, away from the prying eyes of society. Professors have begun to notice kids using in the bathrooms, utilizing the sacred school Wi-Fi to get their fix. The Health Center has identified students with the tell-tale symptoms of blood-shot eyes and lack of volition to put on pants. And it’s not just the young who are affected. Parents, grandparents and whole neighborhoods are now at risk. Watch your mothers: Netflix has NCIS and Bridezilla now. If nothing is done, a whole generation may soon be lost to so-called “binges.”

Unfortunately, a Netflix addiction cannot be avoided; it can only be moderated. However, the more we know, the better we can fight this epidemic. There are ways to use Netflix responsibly. Set a realistic time limit: you are not going to completely stop and it is never for just 15 minutes. Only watch in social situations, and know that a binge is just a misstep in your recovery, not a failure. Avoid using late at night or as a break from homework — one episode is more likely to spiral into six than you may think. Together we can get through this … just as soon as I finish this episode.

Emily Gardner is a Confusion Corner Columnist who is a recovering Netflix addict.