Home Variety Behind the Brick Walls Behind the brick walls: Wren Crypt holds a history beneath your feet 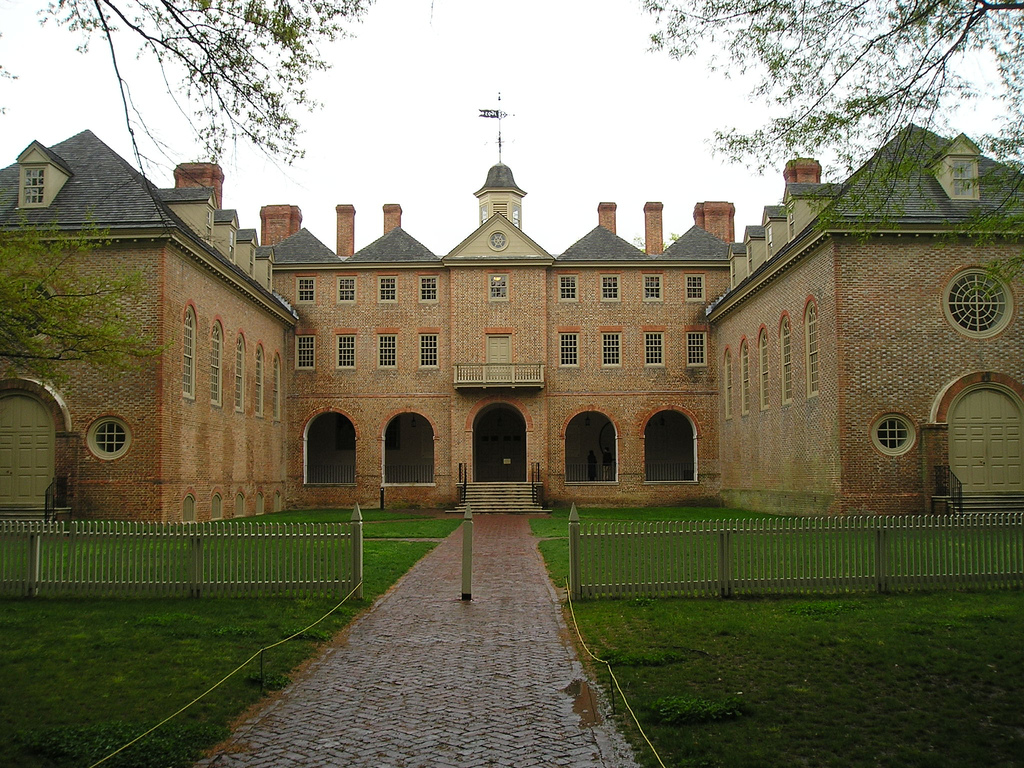 New students at the College of William and Mary, stand in the Wren Building’s Great Hall to take the sacred honor pledge and walk through the entryway during Opening Convocation. However there is another feature of the historic building, lurking beneath the foundations of the beloved Wren Building. It is none other than the Wren Crypt — known by many, but seen by few.

The word “crypt” probably brings to mind a dreary, dark and eerie chamber filled with skulls, coffins and spooky tunnels. The Wren Crypt, however, is not a crypt in the stereotypical sense.

“I think when they [visitors] hear that there is a crypt underneath, I think they are thinking about something like in National Treasure in the first movie … when they are in the Old North Church and they enter into the chamber and they find the treasure,” Spotswood Society proctor Tara Amrhein ’16 said. “I have to explain it to them that it’s kind of like a cemetery underneath the chapel.”

The crypt was not constructed to be an actual room that a person could enter.

“We talk about it now as a crypt, but it’s not a crypt. It wasn’t built to be entered from below. It just happens to be a burial place that is below the floor of the church,” Executive Director of Historic Campus Susan Kern ’05 said. “If you were coming in the 18th or 19th centuries to pay your respects to someone who was buried here, you would come into the chapel, because this is where the markers are to a couple of the people who are buried here. This is as close as you get to the burial space.”

According to Somayah Allibhai-Mawani ’15, who did her honors thesis on the crypt, the south wing that houses the chapel was not part of the original Wren building, which was then known as the College, due to a lack of funding. When the wing was built onto the building from 1728 to 1732, it included a space below the floor that would become what is known today as the crypt.

It wasn’t built to be entered from below. It just happens to be a burial place that is below the floor of the church.

The crypt contains the remains of people who had ties to the College. There are 12 individuals thought to be buried there, including Sir John Randolph and his wife and children, other members of the Randolph family, Governor and Board of Visitors member Lord Botetourt, Norborne Berkeley, several College presidents and a student who drowned on campus.

Kern said the chapel was left in ruins when the Wren Building burned in 1859. Part of that destruction included the marble memorial plaques hanging on the walls of the chapel that are engraved with the names of individuals who have been buried in the crypt or otherwise contributed to the building’s history.

“Their descriptions of the marble tablets on the walls basically turn[ed] to dust. And all of the burials under the floor were exposed at that time,” Kern said, “So, the floors and the burials have been disturbed.”

Additionally, there were grave robbings following the fires of 1859 and 1862 when graves were left exposed. Diaries document a Union soldier happening upon the exposed graves and removing some of the hardware from Lord Botetourt’s coffin. The silver hardware was taken to New York, but it was returned to the College in the 20th century and is now on display at the DeWitt Wallace Gallery in Colonial Williamsburg.

Although many major events in the College’s history have affected the crypt, it is not the most well-known feature of the campus.

“I think it’s more of an ‘out of sight, out of mind’ thing,” Amrhein said. “The Wren Building is one of the most important buildings on campus and it’s still a living building. Students are constantly in the Wren Building for classes, meetings with professors, special events, concerts and things of that nature. So, when they are going to the Wren they are seeing it as the modern academic building.”

The College’s policies also ensure that the crypt remains mysterious.

“Today, very few individuals are given access to the crypt space because it is a fragile environment,” Allibhai-Mawani said in an email. “All visits are scheduled by and must be approved by Historic Campus.”

According to Allibhai-Mawani, grave-robbing and unauthorized visits have occurred frequently throughout time and still happen today.

“The mysterious nature of the crypt and its intentionally limited access encourages people to inquire about what truly lies below the chapel, but it is quite sad to imagine how much history has been removed from the crypt based on curiosity. Many visitors over the years have taken artifacts from the crypt, including bones, coffin plates, etc., and many have also left their mark on the crypt, in the form of graffiti,” Allibhai-Mawani said in an email. “In my opinion, these actions figuratively and literally mark the space much more than the visible vaults today — leaving and environment very different from that originally intended.”