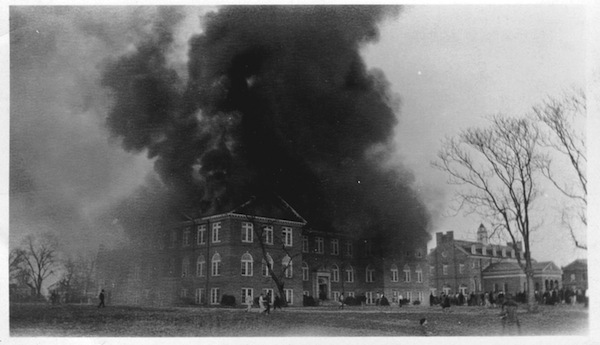 For all its history and prestige, misfortune has plagued the College of William and Mary since before classes ever began.

In fact, Virginia may have beaten out Massachusetts in the race for “oldest college” had it not been for the Massacre of 1622. In 1620, the Virginia Company commissioned George Thorpe to secure lands for a school near Henrico Town. However, the violent culmination of hostilities between the Powhatan Confederacy and local settlers left Thorpe, and over 300 other people, dead. The idea for a university was put on the back burner.

Even after Rev. James Blair finally secured the charter in 1693, disaster continued to plague the College. Around midnight Oct. 29, 1705, the structure now called the Sir Christopher Wren Building caught fire. The library and furniture were lost, but the thick walls remained intact, allowing the school to be rebuilt.

The late colonial era brought more sadness to campus after the sudden death of the immensely popular Baron de Botetourt, Norborne Berkeley. He is buried with other notables in the crypt below the Wren Building. Governor Dunmore, Botetourt’s replacement, fell out of favor in Williamsburg as relations between the colonies and the Crown deteriorated. While classes were still in session, students took part in the particularly rebellious extra-curricular activity of forming a militia. After the war broke out, a College Company was organized in 1777 and headed by the Rev. James Madison.

As the school lost students — like future president James Monroe — to the revolutionary cause, loyalist professors and students also fled the increasingly hostile campus. This loyalist exodus to England reached its crescendo after College President and loyalist Rev. John Camm was deposed and replaced with Madison. Classes were canceled when the British army invaded Virginia in 1781, but that precautionary move didn’t save the College from disaster. While using the building as an infirmary, French officers accidentally set the President’s House on fire.

The Revolutionary War ended, but the worst wasn’t over. College officials were dismayed by the General Assembly’s 1787 decision to strip the school of its holdings in Kentucky and western Virginia. These assets were granted to Transylvania College in Kentucky — a school much admired by Thomas Jefferson — and the College’s holdings dwindled to a few pieces of real estate.

Disheartened by this massive financial setback, flagging enrollment, and the overall decline of Williamsburg, the College attempted to move its campus to Richmond. This failed miserably, although the move was attempted once more after the Civil War — a gambit that also failed. By the time College President Rev. John Johns took over in 1849, he found the College barely clinging to life with few faculty members, 21 students and a dismal night life.

The state of the College proceeded to get worse. In 1859, the Wren Building burned again, destroying the library and an array of scientific instruments. Once again, the old walls endured and the building was quickly rebuilt. However, students didn’t enjoy the newly refurbished facility for long. By 1861, campus was abuzz with rebellion once more. Classes were understandably canceled once the faculty, a majority of students, and President Benjamin Stoddert Ewell left campus to join the Confederate Army.

One year later, the federal army took over Williamsburg, using the College as a base of operations. Drunken Pennsylvania cavalrymen set the Wren Building on fire, which surprised no one. When the prodigal President Ewell returned to campus after the war, he found it scarred by palisades and fire. He reopened the College in 1869 using mostly his own personal funds, but was forced to close it again in 1882 due to lack of revenue. He was never able to secure reparations from the federal government for the damages done to campus during the war. According to legend, Ewell would rise early and personally ring the bell calling his non-existent students to class during the College’s long closure.

With help from state funds, the College was eventually reopened by College President Lyon G. Tyler in 1888. Fortunately, the 20th century saw the College inflicted by fewer physical disasters — with the exceptions of Jefferson Hall burning in 1983 and the construction of Morton Hall in 1973.