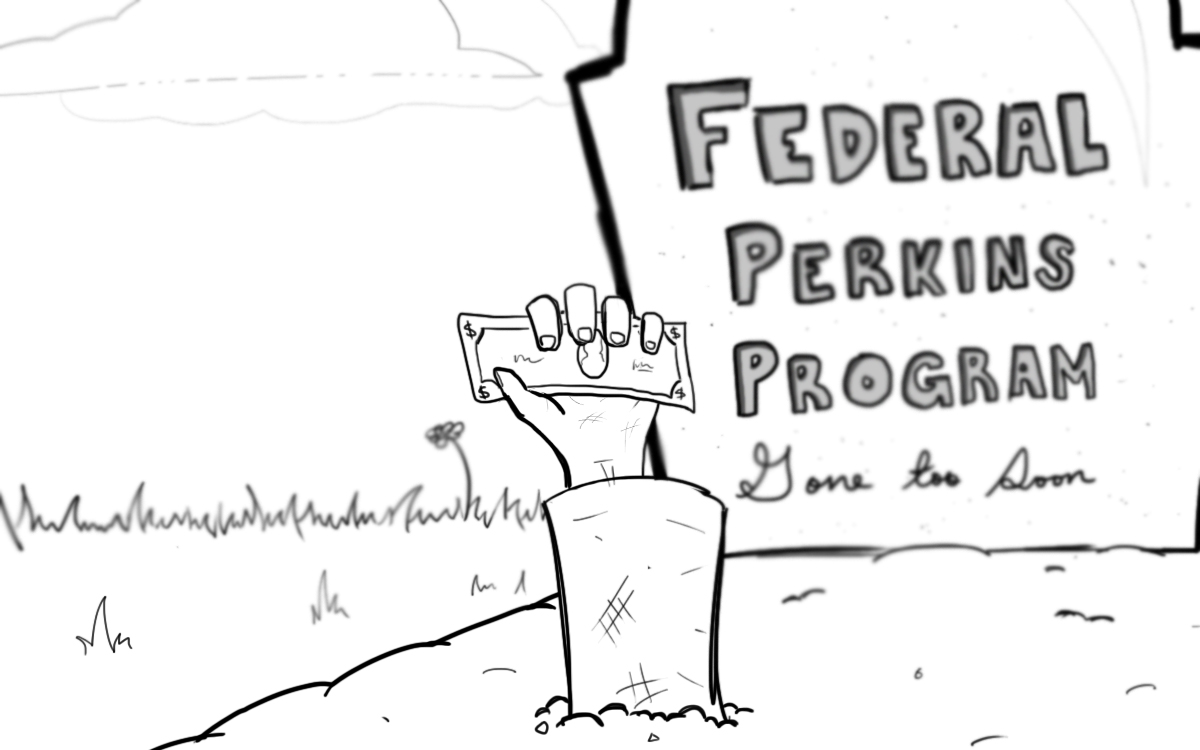 Established as part of the 1958 National Defense Education Act, the Perkins Loan program is a low-interest federal student loan for students with exceptional financial need. The loan is subsidized, meaning the federal government covers the interest until the student begins repaying, and the loan is distributed through the College of William and Mary. Since its passage, the Perkins Loan program has helped 26 million undergraduate and graduate students receive 28 billion dollars in loans.

During the 2014-15 year, William and Mary awarded the loan to 254 undergraduates and 17 graduate students, for a total of $381,000. As the program phases out over the next five years, this number will decline, as no new loans will be awarded to students who did not begin receiving them before June 30, 2015.

By 2020, all of the money for the loans will be taken back by the federal government.

The key is this: the College, rather than the federal government, is the lender.

What happened? Did Congress forget about the Sept. 30 deadline to reauthorize the oldest federal loan program in the country?

Although a one-year reauthorization passed in the House without contention, Senator Lamar Alexander (R-TN) blocked action in the Senate. On the other hand, Virginia Senators Mark Warner and Tim Kaine strongly support the extension of the Perkins Loan and recently issued an urgent statement calling for action. Because of the current delay, the financial aid of hundreds of students at our school is in limbo.

Although there is undoubtedly political posturing involved, it’s worth considering motives before we bemoan our political system and decide not to vote in the next election.

Senator Alexander wants to simplify and streamline the government’s student loans programs and he has a point — the Federal Perkins Loan Program is not entirely equitable. The key is this: the College, rather than the federal government, is the lender. This raises two primary issues.

First, the amount each college receives from the federal government is based off of enrollment numbers from over 30 years ago. Although money was reallocated in 1999, it was largely unchanged from the previous allocation in 1979. As a result of the increasing enrollment numbers in other regions, Perkins Loan sums are concentrated in Northeastern colleges and universities that had higher enrollment at the onset of the program.

The implication? The money may not be going to the most needy students on the national scale. Everybody who receives the loan has considerable financial need, but there are comparatively poorer students in the United States who are not eligible for a Perkins loan due to antiquated loan allocations.

Comprehensive, equitable federal aid programs are essential for students to afford the spiraling cost of attending college and the subsequent crushing burden of debt.

Second, because legislators with opinions similar to Senator Alexander’s or those with other motives have been trying to kill the program for years, no school has received any additional funds since 2009. Because students who go into public service have their Perkins Loans forgiven and people occasionally default on their loans, the pool of each college has been shrinking. In the 2012-13 year, the program served only half the number of students it did in the late 70s.

These are issues that need to be addressed. Congress needs to decide whether to simplify federal student loans by extending other larger federal programs, or to reform and update the existing Perkins program.

However, students do not deserve to be uncertain about their financial status while lawmakers are mulling over these issues. Inaction is not a viable solution. Perkins Loans on average supply a student only $1,000 per semester, but for 316 of our deserving classmates and students around the country, this could mean taking out a less attractive federal or private loan, or getting another part-time job to cover expenses.

It is clear to any student or family paying college tuition that reform of student aid is critical. The reality is that current political gridlock makes this unlikely, if not impossible. Until consensus is reached, existing federal student aid programs must continue to avoid punishing students for governmental deliberations. I support our senators in taking action to pass a one-year extension of the Perkins Loan Program. However, that bill cannot be the end of the discussion. Comprehensive, equitable federal aid programs are essential for students to afford the spiraling cost of attending college and the subsequent crushing burden of debt.