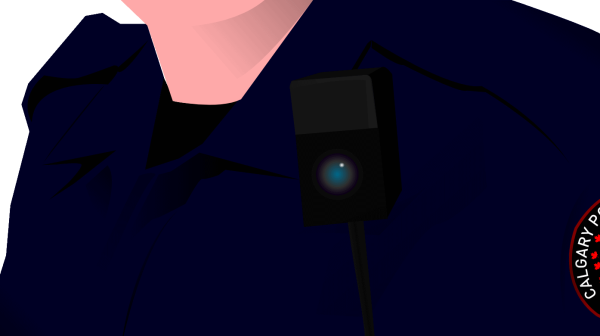 The Williamsburg Police Department plans to begin issuing body-worn cameras to each of its patrol officers in September 2016. The cost of implementation will total $201,696 over a five-year period.

Monday, Nov. 9, WPD Chief Dave Sloggie gave a presentation at a City Council Work Session to inform the Council and community about WPD’s research into BWCs and about their plan for implementation. The WPD is currently following the Bureau of Justice Assistance Law Enforcement Implementation Checklist, which includes developing a plan, identifying collaboration opportunities within the community, drafting written policy, defining necessary technology, and communicating with stakeholders before executing a phase rollout of the BWCs.

Starting in 2016, the initial first-year cost will be $49,632 with a subsequent annual cost of $38,016, which totals just above $200,000 over a five-year period. The cost includes the purchasing of 32 Axon BWCs, five docking stations, full maintenance plans, unlimited storage and access of videos on evidence.com, replacement, and professional services training.

The TASER AXON body-worn cameras feature a 12-hour battery life and are roughly the size of an iPhone. When the camera is turned on, there is a buffer to capture the previous 30 seconds of footage. The camera operates in low light and features a wide-angle lens.

The WPD must acquire legislative approval before enacting BWCs. The Virginia General Assembly is currently considering House Bill 2280, which mandates the adoption of written policy by law enforcement agencies before police forces can equip officers with BWCs. Bills have also been introduced requiring police departments and sheriff departments to operate BWC systems, but no legislation has yet been passed. The City Council will also have to adopt a new policy and approve funding for BWCs before the prospective September 2016 implementation.

“The body worn camera policy issue was identified by City Council at their Fall 2015 Retreat as 1 of 19 top priority policy issues for staff to pursue from the Goals, Initiatives, and Outcomes for the 2015 and 2016 Biennium,” City Manager Marvin E. Collins III said in an email. “Policy issues that received a strong majority or consensus (4 or 5 votes) from City Council are characterized as top priority issues.”

Recent national events involving police brutality and race have prompted many police units around the country to explore and implement BWCs. Sloggie discussed the importance of Williamsburg’s adoption of BWCs in light of these circumstances.

“In general, all it takes is one incident and some of those relationships can be damaged or destroyed very significantly,” Sloggie said. “11 incidents in the country, maybe a few more … That’s helped damage the reputation of police officers in many of the jurisdictions that haven’t had any issues.”

The WPD will be the last police department in the Greater Williamsburg area to implement BWCs. York County Sheriff’s Department has already issued BWCs to 100 percent of deputies, and the James City Police Department has 37 percent of officers equipped.

Although WPD has not had cameras on police officers, police cruisers have been equipped with them for the past 15 years. Sloggie said the use of cameras in WPD police vehicles has been instrumental in investigating issues and exonerating officers, leading to greater transparency within the police force.

He further discussed the positive changes in behaviors that occur when interactions between police and citizens are being recorded.

Sloggie said he supported the use of BWCs as a route to ensure the protection of citizens’ individual rights.

“Officers are sworn not just to uphold the law, but to protect people’s civil rights,” Sloggie said. “Any tool we can use to help us in gaining that trust and letting the public see that we’re not abusing our powers as an instrument in government is to the advantage of everybody involved.”

The BWCs are to be used only for law enforcement purposes and will not record personal activities, tactical planning or court proceedings. Sloggie said there would have to be a balance between individual privacy and law enforcement.

Although the William and Mary Police Department uses cameras within patrol vehicles, officers are not currently equipped with BWCs.

“William & Mary Police are monitoring the research and developments in this area,” College Director of News Marketing Suzanne Seurattan said in an email. “At this point, they do not use body cameras.”