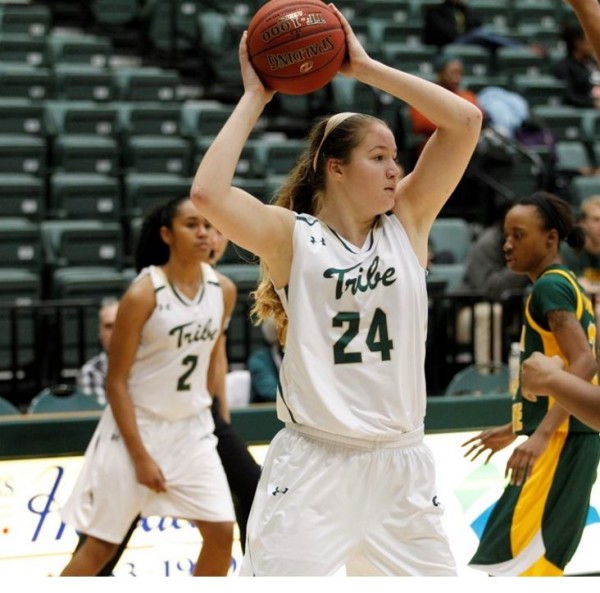 Coming into their matchup with Drexel Sunday afternoon, William and Mary was in unchartered territory, leading the Colonial Athletic Association with an unprecedented 11-2 overall record and a 2-0 conference record. The Tribe had been firing on all cylinders in conference play, having defeated James Madison and Towson, but were brought back to earth in Kaplan Arena by the Dragons, who cruised to a 67-50 victory behind a 31 point night from forward Sarah Curran as Drexel pulled off the early season upset Jan. 10.

The College (11-3, 2-1 CAA) fell into a hole immediately, surrendering a Curran jumper in the game’s first possession, and never recovered, walking into the locker room at halftime down 37-22. While sophomore center Abby Rendle opened the game strong, scoring 12 of her team-high 23 points in the first half on six of 12 shots, the rest of the team failed to convert their chances. Controlling for Rendle’s numbers, the Tribe shot a paltry three of 14 from the floor in the opening 20 minutes, to the dismay of head coach Ed Swanson.

“We lost the game in the first half,” Swanson told Tribe Athletics. “Our lack of energy, our lack of focus … some of our players’ shots weren’t falling, and I think that affected us and frustrated us on the offensive end.”

They came out angry, and they came out more passionate than us … They were really carving up our zone, and we were playing from behind right from the get-go.

As William and Mary struggled to put the ball in the hole, Drexel (6-8, 1-2) had no problems whatsoever, shooting over 43 percent in the first half with seven players scoring at least two points. Second chance points hurt the Tribe all night, as they gave up 14 offensive rebounds leading to 10 Dragon points. In total, the College was outrebounded 45-26 on the night.

“You’ve got to give Drexel a lot of credit,” Swanson told Tribe Athletics. “They came out angry, and they came out more passionate than us … They were really carving up our zone, and we were playing from behind right from the get-go.”

The second half began with signs of life from the College, as they outscored Drexel 20-13 in the third quarter, cutting the deficit to as little as four. Sophomore guard/forward Jeanne Gaumont paced the Tribe with all 10 of her points in the third, the only William and Mary player besides Rendle to finish in double figures.

“She’s been playing with a different type of energy,” Swanson told Tribe Athletics. “Offensively she’s knocked some shots down, so that always makes you look like you’re playing better.”

Despite the brief comeback the Dragons pulled away in the fourth quarter, with Curran scoring 11 of her 19 second half points in the period. The final scoreline of 67-50 served as a chilling reminder of the CAA’s competitive nature despite what any team’s record may show, and with the loss the College fell out of the conference’s top spot.

William and Mary looks to bounce back Friday Jan. 15 when they take on Northeastern on the road up in Boston, MA. The game is scheduled to tip-off at 7 p.m.