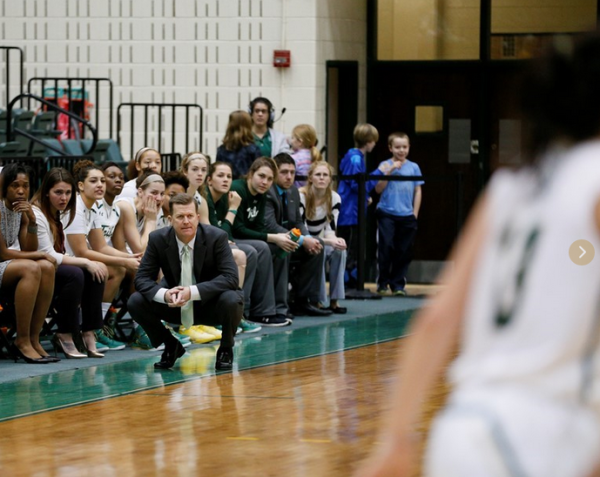 William and Mary (13-9, 4-7 Colonial Athletic Association) continued to look lost without standout sophomore center Abby Rendle over the weekend, falling at Elon Friday, 73-51 and losing at UNC Wilmington Sunday, 59-44.  44 points was the worst scoring outing for the Tribe all season. The College offense will need to improve to dig themselves out of their current 4-7 conference record before the postseason.

Against Elon (14-8, 7-4 CAA), the Tribe played tough throughout the first quarter. The College first quarter efforts were buoyed by strong scoring from junior guard Marlena Tremba and junior forward Alexandra Masaquel and sophomore Jenna Green, the three combining for all 18 of the Tribe’s points. The College continued to play the Phoenix tough, and the deficit was only a pair of points, 28-26, with one minute 53 seconds remaining in the second quarter. From there, Elon closed the half with energy the Tribe lacked. An 8-0 Phoenix run capped by a three pointer with just two seconds left in the half propelled Elon to a 36-26 halftime lead they would never relinquish.

Aside from Tremba’s six points, the Tribe had difficulty scoring in the third quarter. With such little offensive production, the Tribe let the game get away as the Phoenix lead ballooned to 18, 54-36, with just over a minute left in the period. As the fourth quarter started, William and Mary appeared to make a serious comeback to cut into the deficit. Two free throws by freshman guard Misha Jones made the score 58-45 with just over five minutes remaining and prompted an immediate time out for the Phoenix. The comeback attempt fell flat, as the Tribe managed only 6 more points over the rest of the game, and Elon surged to win big, 73-51.

Tremba finished with 15 points and freshman guard Bianca Boggs finished with 13 for the Tribe.  William and Mary was horrible rebounding the ball, losing the rebounding battle 46-25; a fatal weakness for the College missing Rendle. Also, despite forcing more turnovers than the Phoenix, the Tribe was unable to turn them into points. Elon scored 16 points off 11 turnovers, while the Tribe managed just five points off 13 turnovers.

“We’re just not playing good team basketball,” Swanson told Tribe Athletics. “We’re not sharing the ball the way we need to be.”

Head coach Ed Swanson was encouraged by some aspects of the game, but disappointed in his team’s inability to put it altogether.

“That first quarter, I thought we were really composed. We got good looks at the basket,” he told Tribe Athletics. “We just lost focus.”

Midway through the first quarter against UNC-Wilmington (7-15, 3-8 CAA) in North Carolina Sunday, things did not appear to be going much better for the Tribe. The Seahawks surged to a 7-0 run to build an 11-4 lead with 3 and a half minutes left in the first quarter. For most of the second quarter, the Seahawks maintained their lead. With just under four minutes left in the half, Tremba catalyzed a run for the Tribe. Tremba scored five points on the run, including an impressive finish through contact at the rim to complete an old-fashioned three-point play. This 9-5 run cut the UNCW halftime lead to 25-23.

With just under six minutes remaining the third quarter, the score was knotted at 29. From there, the Tribe had no answer for the Seahawks’ offense, as UNCW surged on a 15-2 run to build a 44-31 lead by the end of the period. Equally concerning as the Tribe defensive breakdown was the Tribe’s inability to score more than just one basket in almost six minutes of game time. The fourth quarter saw no real comeback from the Tribe, as the offense was still stagnant and points were hard to come by. The game ended with a 15-point loss, 59-44.

The Tribe once again was demolished on the glass, losing the rebounding battle 38-29. Furthermore, the College managed just two second-chance points, compared to 11 for UNCW. The struggles also translated to the offensive end, where William and Mary shot 2-15 (13 percent) from the three-point line for the game.

Swanson was blunt in his assessment of the team’s performance after the two-game road trip.

“We’re just not playing good team basketball,” he told Tribe Athletics. “We’re not sharing the ball the way we need to be.”

Despite the tough road trip, Swanson was encouraged by the play and attitude of Masaquel.

“Alex really battled back. She was really our heart and soul today,” Swanson said. “We challenged Alex in the locker room to do more of that.”

William and Mary has lost five of its last seven games and will look to bounce back Friday night at home in Kaplan Arena against Hofstra at 7 pm. The Tribe will stay home to face Delaware on Sunday at 2 p.m.