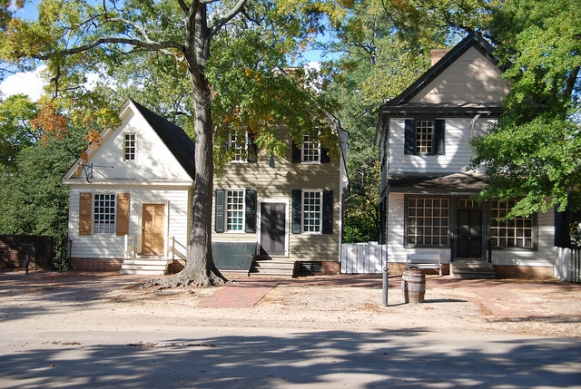 I remember exactly where I was on September 11th, 2001. For some reason, the detail that sticks out most is the fact that my five-year-old self was extremely confused about why I was being hustled into my mom’s car in the middle of my snack break. I did not even get to fully zip my Scooby-Doo lunch box before being swept up by my teacher. I do not remember being told what happened, or why it mattered. I do not remember why everyone seemed so disoriented, or why the phone rang so frequently. There is not a distinct moment in time where I learned the significance of that day in history, but I grew up in a world that was irrevocably changed as a result of a single, incomprehensible tragedy. My life changed, my world changed, my country changed, and its history changed.

Colonial Williamsburg’s Super Bowl 50 advertisement has come under fire due to its use of footage from 9/11. Many people were outraged, and accused the Colonial Williamsburg Foundation of exploiting a tragedy that shattered the lives of numerous American citizens. Much of the criticism rushed in real-time via Twitter, with comments that characterized the advertisement as macabre, embarrassing and shameful. The footage is jarring, there is no disputing that fact. But if one is to truly reflect on history, especially that of the United States of America, one must be prepared to relive, understand and acknowledge events that stir up uncomfortable and upsetting emotions.

I believe it was absolutely critical for Colonial Williamsburg to acknowledge the tragedy of 9/11 amidst its montage of other iconic moments in American history.

I admire and applaud the advertisement’s use of footage from 9/11, as it is an absolutely crucial factor in how the United States developed into the nation it is today. Rewinding the destruction was not disrespectful, it was deliberate. It is impossible to imagine what the world would be like today had the Twin Towers not been struck down, and had our nation not been rocked to its core by one of the most violent terrorist attacks in our history. In the words of the Colonial Williamsburg Foundation’s CEO, Mitchell Reiss, “…the America we know was not inevitable” and never will be.

I believe it was absolutely critical for Colonial Williamsburg to acknowledge the tragedy of 9/11 amidst its montage of other iconic moments in American history. To not do so would mean that the Foundation chose to gloss over one of this country’s, and the world’s, most defining moments. To those who criticized and balked at the commercial, why? Why should we as a nation and a people shy away from and be offended by challenges and tragedies? Why should we gloss over moments of intense suffering just to save ourselves the pain of remembrance? A defining characteristic of the United States is its resilience in the face of impossible odds, and the Colonial Williamsburg advertisement celebrated not only our nation but our infallible spirit’s effect on its history.

The strength of the American spirit is a truly remarkable phenomenon, and Colonial Williamsburg’s advertisement beautifully showcases its growth and depth. With images that portray the best of times and the worst of times, it presents viewers with an unapologetically honest picture of American history.

Tom Brokaw’s profoundly eloquent narration reflects on the many layers that contributed to the United States of America I know today. He acknowledges “our sacrifices, our breakthroughs … our heartbreaks” and marvels at how “an entire country came to believe anything is possible” despite the challenges, mistakes and tragedies the American people have faced in our few hundred years as fellow countrymen. The strength of the American spirit is a truly remarkable phenomenon, and Colonial Williamsburg’s advertisement beautifully showcases its growth and depth. With images that portray the best of times and the worst of times, it presents viewers with an unapologetically honest picture of American history.

Rife with symbolism and respectful nods to the events that have shaped our nation, the advertisement accomplished exactly what Colonial Williamsburg Foundation spokesman, Joe Straw, says it set out to do: “Our ad is meant to walk viewers backwards through time, challenging them to reflect on how our collective history and struggles shape who we are as Americans today.”