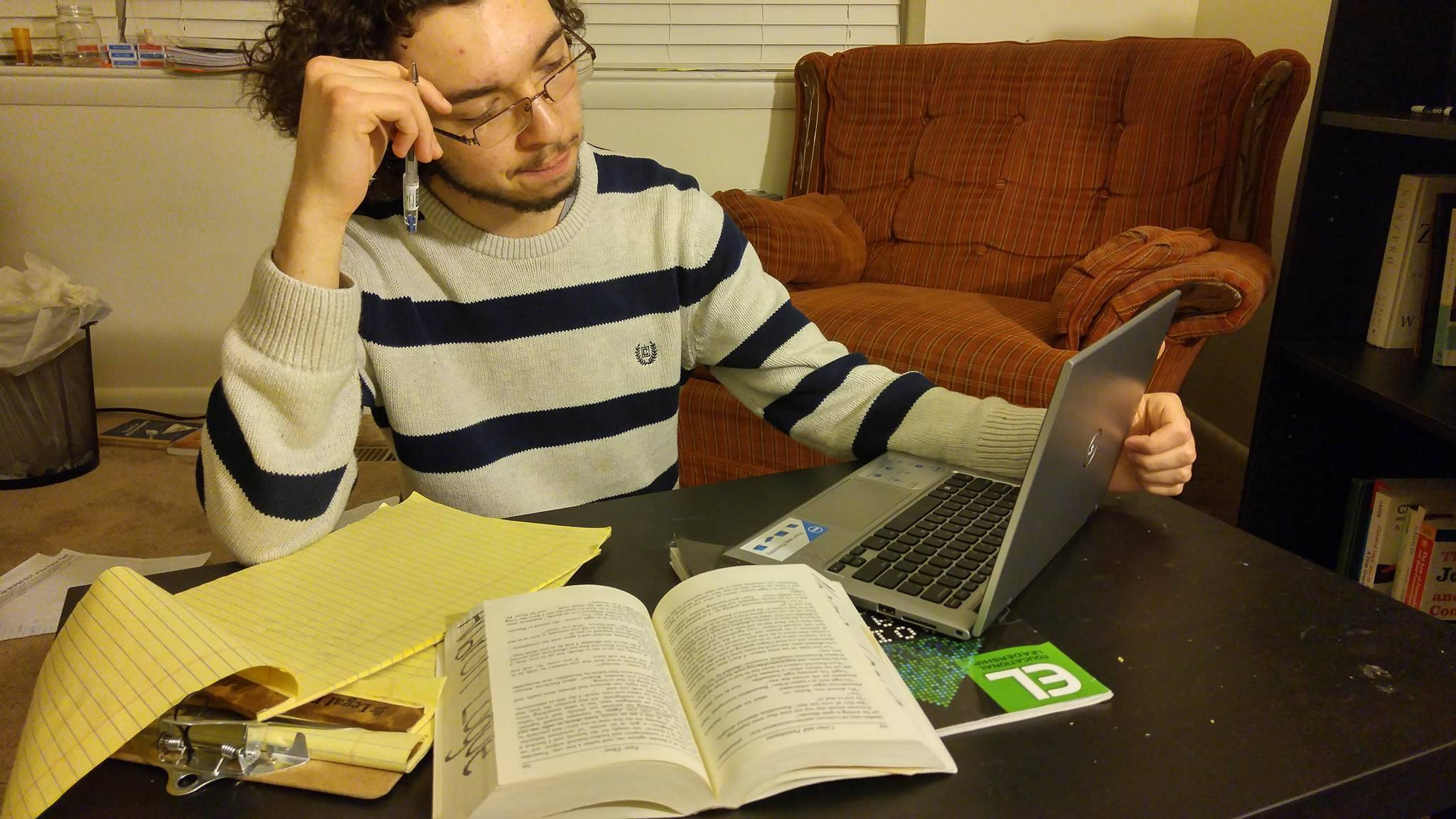 When Aharon Logue left the College of William and Mary, he was looking for the kind of experience you can’t get in a classroom.

Logue was originally on track to double major in government and philosophy at the College, with the ultimate goal of a career as a legislator. But learning from lectures was not the type of hands-on experience Logue felt he needed, so he made the decision to withdraw from school to study policy on the frontlines.

“One of the reasons that I was taking the year off — that I’m taking this time off, it’s probably gonna end up being two years now — is because [for] the areas that I’m interested in, being government, and within government I’m interested in policymaking, I felt that to understand what policy is and what policy does, it seems as important as learning things in the classroom,” Logue said. “I wanted to have an understanding for myself of what policy means for people outside of just the analysis of what policy is in the literature.”

Logue spent his past year working for the Baltimore Algebra Project as a math literacy specialist, where he teaches math and does advocacy work. The Baltimore Algebra Project is an alternative education program geared toward underprivileged students who have fallen behind in their credits, often due to insufficient learning environments or other extenuating circumstances.

“You can’t come home from abuse, you can’t have been shot at the day before and then suddenly you’re in the classroom and you can just separate everything out and do some algebra,” Logue said. “If you want a student to learn, the student has to be in a place where they’re able to learn.”

The Project advocates for high quality government services and more attention in policy for students whose socioeconomic status can inhibit their education.

“The Baltimore Algebra Project was originally started as just the Algebra Project in the south by a civil rights leader, Bob Moses,” Logue said. “The idea behind it was that math was going to be the … gatekeeper to economic access for a lot of people in the same way that literacy was in the early 20th century. If you couldn’t read at that time, you would not have access to a lot of jobs that were being created, especially the higher paying jobs. And now, with the information technology age, unless you have that understanding of mathematics and algebra in particular, being able to access the overall economy is much more difficult.”

The program takes a non-traditional approach to math in an effort to give students a more fundamental understanding of mathematical concepts. According to Logue, this method can be considered radical.

“In this case, what radical means is kind of the original definition,” Logue said. “Being able to break something down to the base so fundamentally that instead of getting just a thought process, or a process of step-by-step that happens a lot in math, the idea is to give students an understanding of the math to a degree that they would be able to use that themselves.”

If you want a student to learn, the student has to be in a place where they’re able to learn.

Logue had previous experience with the Baltimore Algebra Project as a tutor in high school, as well as connections within the organization, but when he left the College he had no idea he would be working for them. He said his lack of degree hasn’t set him too far behind his colleagues.

“[It] wasn’t a huge impediment,” Logue said. “The way that the school is set up — because of the population, some of the behavior issues that they’ve had — there are actually three math teachers in the classroom, so it wasn’t just me without any kind of advanced math knowledge coming into a classroom trying to teach. Not having a degree definitely made it more difficult, but in terms of doing things in the classroom I was able to pick it up pretty quick, and because there were other people in the classroom during that time I was still picking things up, the students didn’t have to suffer.”

According to Logue, working with his students has given him first-hand experience with the people who could be helped by policy, and the advocacy portion of Logue’s job allows him to see what making policy would be like.

“I’ve been talking with other people doing activism and … seeing what that process is like, in terms of if I was a legislator, what will I actually have to be doing, who am I gonna have to be talking to, what are the kind of meetings that I’m gonna have to have, what do I need to be thinking about and what information should I have at my disposal?” Logue said. “I think being able to see what happens when you become a sociologist or see what you do when you become a nurse or something, I think that’s a really helpful thing.”

The Baltimore Algebra Project is run by youths, which the city defines as people 25 years old and younger, so the position is temporary by nature. According to Logue, this allows him to form new goals for his eventual return to college.

“[I took time off] to specify what I was learning and what the purpose of me learning it was, because going to college I had the feeling — I think this is something that a lot of students have going to college — that I was going to college because that was the thing that you do after high school, as opposed to having the understanding that college is a resource,” Logue said. “College is a large group of people with varied interests in one place who want to do different things and a bunch of professional researchers with extreme knowledge in various territories.”

According to Logue, this combination allows a student with focused goals to learn what information they need to use in their job, realize what they still need to learn and get advice from experts in those various fields; adding real-world experience to that makes a student ready to use their knowledge and career to make a lasting impact on the world.

Aharon Logue has contributed to The Flat Hat.