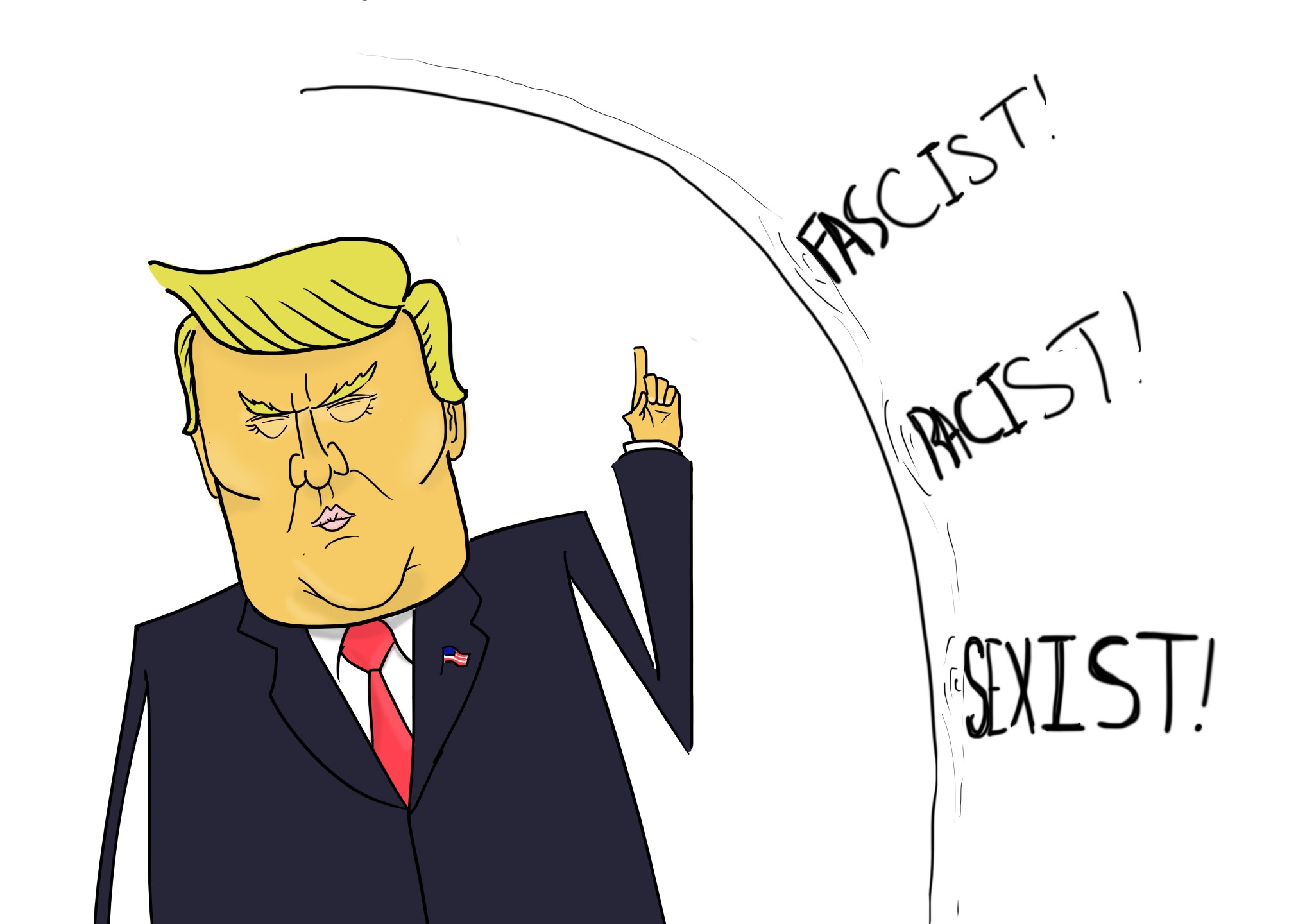 At the College of William and Mary, open-mindedness and the ability to think from multiple perspectives are skills that the College fosters. There is a certain humility involved in realizing that no one person knows it all, and there is something to be learned from every culture, religion, academic discipline and experience.  That open-mindedness is severely lacking in one of the most prominent presidential candidates for the 2016 election. The fact that he cannot filter what comes out of his mouth is only one of the reasons Donald Trump poses a danger to the United States. Here are Trump’s three characteristics that should cause us as college students and Americans to think twice before giving him our support.

Rash. Trump is a very black-and-white thinker who has a tendency to react strongly. His rallies have recently descended into chaos, with protesters and supporters getting into physical fights. In some instances, there has been so much upheaval that Trump has been unable to speak. The chaotic nature of his rallies by itself is problematic, but his reaction to dissent is especially concerning. Speaking about the protesters, he said, “I hope you arrest ’em and do whatever you have to do. And you know what? Once that starts happening, we’re not going to have any more protesters, folks. We’re not going to have any more protesters.”

The way Trump speaks about women, Muslims, and various ethnic groups is extremely insensitive, to put it nicely.

Insensitive. The way Trump speaks about women, Muslims, and various ethnic groups is extremely insensitive, to put it nicely. Known for his comments about protecting the border, he often makes gross generalizations: “When Mexico sends its people, they’re bringing drugs, they’re bringing crime, they’re rapists.” Speaking about women, he said, “You know, it really doesn’t matter what the media write as long as you’ve got a young, and beautiful, piece of ass.” This quote lies among a host of others that reveal Trump’s condescending and objectifying attitude toward women.

Prideful. Confidence is one thing, but Trump has a largely inflated sense of self. He’s quoted saying, “I’m the worst thing that’s ever happened to ISIS.” In an interview with Jimmy Fallon, his ego further revealed itself: “I think apologizing’s a great thing, but you have to be wrong. I will absolutely apologize, sometime in the hopefully distant future, if I’m ever wrong.”

A liberal arts education at the College allows students to be exposed to many disciplines and perspectives, which challenges their own ideas and sharpens their intellect.

Trump’s support largely comes from exasperated Americans who are tired of political correctness and beat-around-the-bush politicians. People are attracted to Donald Trump because he is a strong personality who speaks his mind. These by themselves are not bad qualities, but his rashness, insensitivity and pride are serious causes for concern.

A liberal arts education at the College allows students to be exposed to many disciplines and perspectives, which challenges their own ideas and sharpens their intellect. The same skills that are being fostered at the College should be the skills that we seek in a leader. As conscientious and educated stewards of our country, we need to think critically about the kind of person we want at the executive head of the country before voting for Donald Trump.