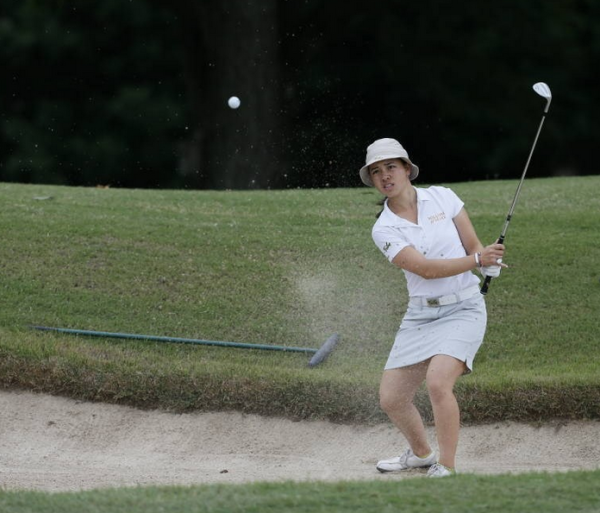 William and Mary played in two big tournaments this weekend as the men’s and women’s season kicked into high gear. The women finished fifth overall at the Low Country Intercollegiate at Hilton Head Island, S.C., while the men finished tied for 10th after the first round of the Kingsmill Intercollegiate in Williamsburg, Va.

A difficult first round put the women in a hole Saturday, finishing seventh, eleven strokes behind first-place Tennessee-Chattanooga. Senior Alessandra Liu finished on par at 72, good for first among individuals in the round and a course record. Liu went on to score an 80 (+8) the next day, finishing in sixth with a final score of 152 (+8). Fellow senior Tina Chang shot 163 (+19), placing her 55th overall.

Ultimately, the College finished nine strokes behind UTC at 620 (+44), and a single stroke behind fourth-place Appalachian State.

Freshman Elizabeth Choi was the College’s top performer on the second day of play, putting up a 75 (+5) to finish 25th overall. Choi shared the position with sophomore Katie Edelblut, who posted a solid 76 (+6) on the day and 157 (+13) overall. Junior Mia Zanghetti also shot a 76 (+6) Sunday and finished 13th overall with a 154 (+10). Ultimately, the College finished nine strokes behind UTC at 620 (+44), and a single stroke behind fourth-place Appalachian State.

The men faced cold, rainy conditions during the first round of the Kingsmill Intercollegiate Sunday, scoring 295 (+15) to tie with Texas Christian and Ohio for 10th. Junior Austin Morrison finished one below par at 69, while classmate and brother Davis Morrison earned a 75 (+5), with the two finishing third and 56th, respectively. Freshman Will Stewart finished in between the two as he shot a 74 (+4), good for 42nd on the day. Sophomores Bryce Johnson and Alex Shattuck tied for 82nd with a score of 77 (+7).

The men completed the second round Monday after press time and will complete the third round Tuesday.

The men completed the second round Monday after press time and will complete the third round Tuesday. The women now look ahead to the William and Mary Intercollegiate March 28 and 29, which will be played at Kingsmill Resort.