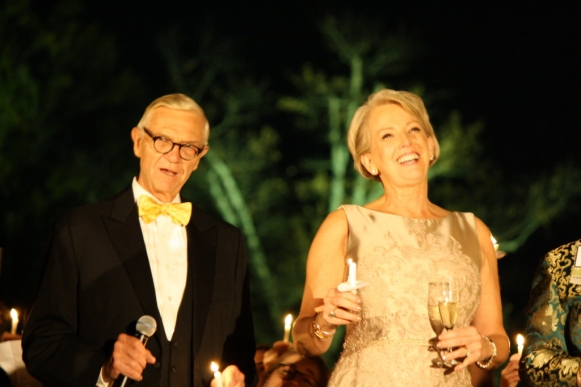 According to December 2015 numbers, For the Bold: The Campaign for William and Mary, has reached $550 million toward its $1 billion goal.  The campaign had raised $532 million by the start of its Oct. 22 campaign, surpassing the final total of the College of William and Mary’s largest previous fundraising campaign.

Now four months into the campaign, the College is actively working to reach their campaign goal by its 2020 finish. However, For the Bold’s goal includes more than attaining a billion dollars; the College also seeks to achieve a 40 percent alumni participation rate. By the end of Fiscal Year 2016 on June 30, the College aims to raise this statistic from 27.1 percent to 30 percent. With approximately 63,000 undergraduate alumni, raising the participation rate a percentage point would require donations from 630 alumni.

According to Assistant Vice President for Lifetime Philanthropic Engagement and Annual Giving Dan Frezza, as the alumni participation rate increases, the College must be more innovative to reach new donors. He said that one key component of that is the Class Ambassador model, where volunteers reach out to ten of their classmates and encourage them to give to the College.

Frezza noted what is most important is building a culture of sustainable giving.

According to Vice President for University Advancement Matthew Lambert ’99, the College has already recruited over 600 volunteers to serve as class ambassadors and seeks to reach 1,000 by the end of the fiscal year on June 30.

“That’s pretty innovative,” Lambert said. “If you look around the country right now there’s only a very small amount of places that have anything like that and really the places like that that are most successful are Princeton and Dartmouth.”

The College also aims to recruit some of its closest scholars to donate — current students.

The Class of 2016 is currently at a 40.6 percent participation rate, which means that the College is right on track to raise the figure to 70 percent by June 30, according to Lambert. The College also seeks to raise freshman, sophomore and junior class giving to 25 percent. Right now, about 10 percent of students in each class have donated.

In a Feb. 26 campaign release to students, College President Taylor Reveley discussed the need for philanthropy, noting that a low student to faculty ratio, emphasis on undergraduate research and small student body provides for an expensive model.

“The bottom line is we cannot maintain our current quality much less continue to move forward without ever growing philanthropic support,” Reveley said.

The bottom line is we cannot maintain our current quality much less continue to move forward without ever growing philanthropic support,” Reveley said.

To attract new donors, the College has some upcoming events, including the third annual One Tribe One Day event. During global events, the College will undergo a 24-hour challenge encouraging alumni, students and supporters to give back April 19. Back on campus, Students for University of Advancement will put together a carnival on the Sunken Gardens.

The next quarterly release of For the Bold numbers will be available early April.

4/5/2016 4:26 p.m. An earlier version of this article incorrectly said that pledges count in calculating the participation goal.