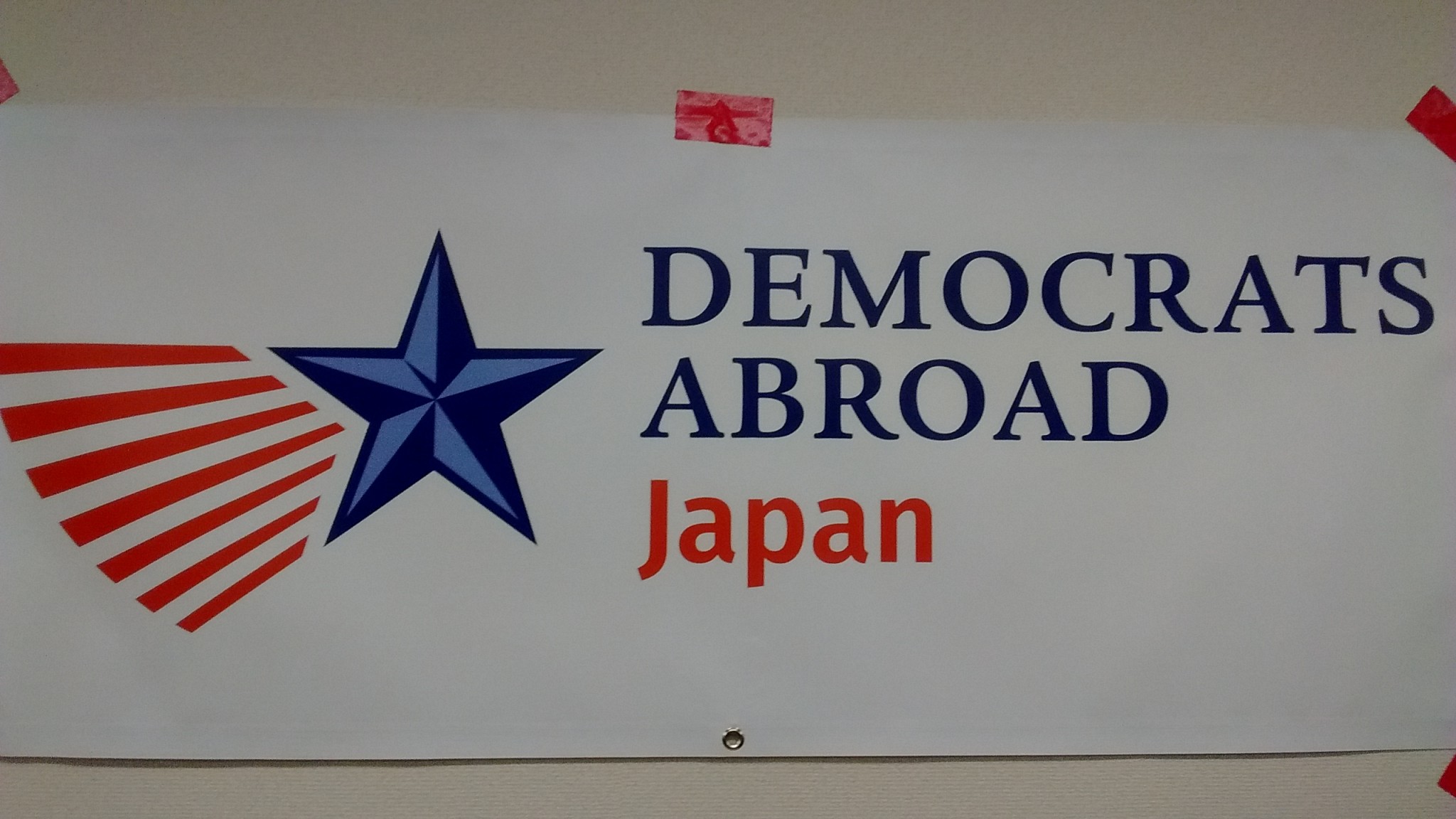 With a 13-hour time difference, it is easy to feel that Japan and the US are on opposite sides of the world. When I Skype my parents, I say good morning as they say good night. Reading the news also adds to this sense of separation, since Japan does not have the same security concerns as does much of the United States, Europe, the Middle East, etc.

However, being removed does not imply being disengaged, and I would consider my fellow exchange students to be well aware of international news. The US election is attracting a lot of interest; for example, a student from the Netherlands recently admitted to watching the debates for fun. The attention is not necessarily positive, but I think political consciousness is. Friends are more active on Facebook, posting news articles more often than photos. Older family members voted in their first primary. I also voted in my first primary—although this is less groundbreaking, because it was simply the first one in which I’ve been old enough to vote.

I would consider my fellow exchange students to be well aware of international news.

While I have always enjoyed studying government and like to consider myself a fairly active citizen, I am surprised by how much I learn about the US system from abroad. One feature caught my attention just in time: the Global Presidential Primary (GPP). Essentially, the Democratic Party recognizes their compatriots overseas by inviting delegates from Democrats Abroad, the international arm of the Party. The 8.7 million Americans living abroad sort of constitute an extra state, with similarly low turnout. Almost 35,000 voters cast their ballots in early March, rewarding Bernie Sanders with nine delegates and Hillary Clinton with four.

Although I was sorry to not know of and advertise the GPP’s existence earlier, I was fortunate to hear about it just two days before the voting centers closed. Voting was organized by volunteers, hosted in a single classroom at a university in downtown Tokyo. Almost 4% of the total GPP voters were residents of Japan, and these voters overwhelmingly sided with Sanders: 1178 to 176. Curiously, Clinton earned the majority only in the Dominican Republic, Singapore, and Nigeria. The UK wins the title for highest voter turnout (4610), and Nigeria earns the “A for Effort” for its five voters. This may be the lowest turnout on the charts, but the numbers do not distinguish between all the countries that did not mobilize their own Country Committees and likely had fewer voters.

Now, if you’re wondering why I haven’t mentioned the Republican Party Global Presidential Primary, here’s your answer: it doesn’t exist. Both parties have organizations to help Americans stay politically aware and engaged while abroad, but there is no parallel mechanism for including Republican Americans abroad as a separate primary. Instead, Republicans need to vote absentee with their state.

Independent voters may also prefer voting absentee, because the GPP is closed and thus requires a Democrats Abroad membership. However, joining is free — easily done with an online form and a private commitment to the Party’s principles. Party affiliation is not required to be an active citizen, of course, and the State Department and various non-governmental organizations also send email reminders of how to vote from overseas. There are also third-party members abroad, but apparently they do not have the numbers to organize effectively.

If there are more Democrats abroad, do Americans become more liberal by going abroad, or are they more likely to go abroad because they are already more liberal?

If there are more Democrats abroad, do Americans become more liberal by going abroad, or are they more likely to go abroad because they are already more liberal? Socially liberal and/or fiscally liberal? Or do people become more entrenched in the political ideologies that they carried from home? How much does it depend on where you go, how old you are, and whether you enjoy your stay?

If you’re feeling ready to shift gears in your senior thesis or dissertation and answer my questions, I invite you to start by observing the difference between the Republicans Abroad Japan page (http://www.rajapan.org/index.html) and the Democrats Abroad Japan page (http://www.democratsabroad.org/jp). I shouldn’t judge a book by its cover, but we are in the age of the internet.