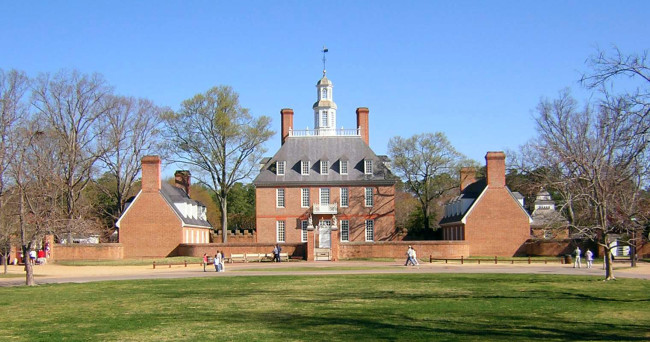 With only two weeks until the May 3 Williamsburg City Council Elections, the five candidates are in full campaign mode, each proposing different ways to improve the city in the years ahead.

Although each candidate’s platform is different, common threads in their platforms include diversifying the economy, retaining college graduates and improving neighborhood housing.

Competing to fill two vacancies, a diverse group of candidates — a current student, a professor, a landlord and business owner, and an alumna — hope to represent Williamsburg in the City Council. Vice Mayor Paul Freiling ’83 is also up for reelection, which will allow voters to select three out of the five candidates on the ballot.

Running for his fourth term in office, Freiling said he will focus on many of his previous goals for the city: ensuring fiscal health, redeveloping the community and seeking demographic balance.

“In the current election — in any election — I think the most important issue is the fiscal health of the community, because that determines what we are able to do regarding resources to put toward problems, so we need a strong economy,” Freiling said.

Although Williamsburg has benefited and will continue to benefit from tourism, Freiling said that he thinks the city needs to explore ways to diversify the economy, take advantage of different demographics and insulate the economy against swings in the tourism market.

Freiling’s second objective relates to the adaptation of Williamsburg to a changing market; because the city is landlocked by James City and York County, Williamsburg does not have big areas for potential development. Instead, Freiling said he believes the focus should be on redevelopment.

Third, Freiling said he hopes to seek a greater balance amongst demographics, smoothing out the “dumbbell” shaped population of the city by providing an environment that will retain more College of William and Mary graduates.

“What do we do to retain a talent of students graduating from the College, stay in the community, contribute to the economy, contribute to the vibrancy, but also offer a diversified demographic so we get a growing young professional segment and young family segment?” Freiling said.

Similar to Freiling, Benming Zhang ’16, a homeowner, landlord and member of the Public Housing Advisory Committee, is interested in community redevelopment, through advocating the creation of a vibrant downtown.

Tying in with transparency, one of his major campaign themes, Zhang advocates online streaming of Economic Development Authority and Architectural Review Board meetings which would allow students and community members greater access to the Williamsburg government.

Engaging with Student Assembly alone does not satisfy Zhang. He said the city should also engage with other student groups. Seeing a capacity for greater student engagement in the community, Zhang said he hopes to provide a link between different student organizations and individuals with city government.

“Being able to find those ways to bridge to bridge the community and find the issues that students are passionate about and those that the rest of us are equally passionate about … I think that furthers this idea of student and residential participation,” Zhang said.

According to Zhang, registering to vote is one such way students can get involved right now. Other ways to get involved include taking part in the Downtown Parking Study or applying for boards and commissions in the city.

As Planning Commission liaison to the EDA, McBeth is particularly interested in economic development and the ability to retain and recruit talent in the Williamsburg community. Now that the economy has largely recovered from the Great Recession, McBeth said that it is the time for private sector expansion and pushing stalled business projects forward.

“Our success for the next say 20 years is going to be contingent upon having those projects turn key and move forward,” McBeth said.

In terms of education, McBeth proposed greater support for and engagement with the Williamsburg-James City County School Board on budgetary policy. She said that neighborhoods need attention and support from the City Council to ensure those with jobs in the area have high quality places to live.

In terms of the College, one of McBeth’s goals is to provide stronger partnership between the College and the community.

“I hope to be a good advocate for the College as a whole, students as well as the entity of the college and for people that work at the college,” McBeth said. “I think that a lot of times, City Council operates and the City government operates that it’s seen that — oh, we can’t do anything with the College … and I don’t think’s true.”

I hope to be a good advocate for the College as a whole, students as well as the entity of the college and for people that work at the college,” McBeth said.

Greg Granger, a lifelong Williamsburg resident who owns a considerable amount of real estate in Williamsburg, is particularly concerned about student housing.

When students are unable to find housing in areas where they want to live, Granger said they resort to living in whatever housing is available, creating an issue for other demographics of the population who may want to live there more.

“I think that trickles over to problems with workforce housing,” Granger said. “I think students are living in houses that professors would probably really like to live in, but the students know that they’re going to be here in advance and professors frequently don’t know they’re coming until a month or two before the school year starts, which means the students are booking the houses in October and November, making it really challenging for professors to come and find great housing close to campus.”

Granger’s proposed solution is a better line of communication about the housing situation between the city and the College and greater city involvement with student housing.

Another of Granger’s foci for the upcoming election is addressing the economic issues of the community. He cited the number of busineses — more than 20 — that are closed or for rent or sale on Richmond Road between Duke of Gloucester Street and Sno-to-Go.

“When you get that many businesses closed, for sale or for rent in that stretch of road, that’s a problem,” Granger said. “You look at the Williamsburg shopping center, and that’s a problem. It tells us that we don’t have enough business going on in our community.”

Long-time resident Barbara Ramsey ’75 also cited economic development as a main focus of her bid for City Council. Although the city is bolstered by tourism, she said Williamsburg should also focus on economic diversification to ensure vitality moving forward.

However, citing her experience on the Neighborhood Relations Committee, Ramsey said a central message of her campaign is maintaining the value of Williamsburg neighborhoods.

I think that students living in neighborhoods bring a vibrancy, they bring energy, they bring youth, which is something we don’t have,” Ramsey said.

An advocate of both landlords and student renters, Ramsey said she hopes to continue encouraging cooperation between the different parties involved. Specifically, Ramsey hopes to advocate for students’ rights as renters.

“A lot of what I see as issues in the neighborhoods between residents and landlords go back to the landlords, and I keep telling students that I talk to that they have rights and the power to make a difference,” Ramsey said.