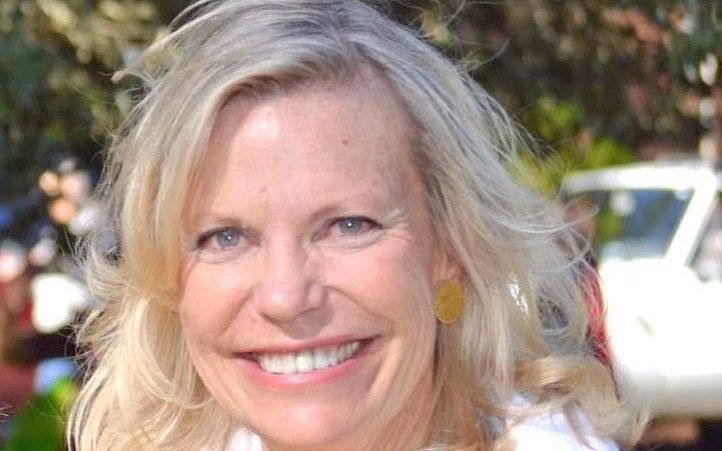 Business professional and alumna of the College of William and Mary Barbara Ramsey ’75 will rely on her long-term presence and engagement in the community in her bid for a City Council seat.

Her Feb. 26 campaign launch came at the same time as Mayor Clyde Haulman’s announcement that he will not run for a fifth term on City Council.  Two-term councilmember Judy Knudson has also decided not to seek reelection, so two seats will be vacant for the upcoming May 3 election. Vice Mayor Paul Frieling, whose term ends June 30, 2016, will also be up for reelection.

The deadline for candidates to secure a place on the ballot is 7 p.m. March 1.

Since graduating from the College in 1975, Ramsey has maintained active involvement in Williamsburg and has been a homeowner since 1977 on the same property that she rented as a student. Although she often lived elsewhere in her professional career, she said that her long-term presence in Williamsburg makes her a viable candidate for a City Council seat.

“It’s important for City Council members to have an invested interest in Williamsburg, and by having a presence in Williamsburg since 1977, it shows that I do have that commitment,” Ramsey said.

As a student of the College, Ramsey was involved in synchronized swimming with the Mermettes, participated in the service organization Circle K, and was a member of the sorority Tri Delta. As a biology major, she said she regretted not taking more classes outside of her field, but she said she enjoyed her experience at the College.

Williamsburg, if you think about it, is unique. Is there any other city, particularly of one this size, that has a living museum, Colonial Williamsburg, and a first-rate college, William and Mary? There isn’t. Not that I can think of. So it makes it very unique, and I think a goal of City Council and any of us who live in Williamsburg is to maintain that. — Barbara Ramsey ’75

Her career trajectory was not determined by her biology major, however; her first job was with the local business Kent D. Klyman and Associates, where she worked in sales and marketing to the federal government. After ten years at the company, she accepted a job at Thomasville Furniture Industries.

During her 27-year tenure, she was employed first as the sole representative in Europe and then in the hospitality sector.

After retiring for two months in 2013, Ramsey returned to work in the Membership Office of the Clubs of Colonial Williamsburg.

With her experience and interest in sales and marketing, Ramsey said she is interested in expanding the economic diversity of the city while retaining Williamsburg’s character.

“Williamsburg, if you think about it, is unique,” Ramsey said. “Is there any other city, particularly of one this size, that has a living museum, Colonial Williamsburg, and a first-rate college, William and Mary? There isn’t. Not that I can think of. So it makes it very unique, and I think a goal of City Council and any of us who live in Williamsburg is to maintain that.”

As an alumna of the College, Ramsey is involved on the Annual Giving Board, serves as the vice-president of the College’s Williamsburg Alumni Chapter, and has been a three-time co-volunteer chair of the Lord Botetourt Affair, an annual action benefiting athletic scholarships.

Ramsey said that although she has always been an enthusiastic spectator of Tribe Athletics, she sought to get more involved in 2011 after hosting football players at her home for a welcome dinner.

After being involved in the College’s Tribe Club for a couple of years, Ramsey was asked to become a co-volunteer chair.

“Barb is very creative, has great ideas, and also is terrific on follow-through, whether she comes up with the idea or someone else,” Dwyer said. “If Barb says she’s going to do something, you don’t have to worry, it’s going to get done, and get done well. That’s a great quality for any of us.”

Renting living space to students since 2001, Ramsey serves as the landlord representative to the Neighborhood Relations Committee, a partnership between the city and the College to bring together people involved in student rental housing. Since being asked by Mayor Clyde Haulman two years ago to serve on the NRC, Ramsey has worked with student, neighborhood, College and city representatives.

In seeking to build consensus between the different parties, Ramsey said she wants students to understand their rights as renters and members of the community.

“Students do have rights, and I don’t think they realize that,” Ramsey said. “There are inspection guidelines for all of the landlords, and if those guidelines are not being met, the students need to respond to that, respond to the city, because landlords are supposed to provide for certain things and provide a safe, clean environment for students to rent.”

Jakob Stalnaker ‘16, current student representative to the NRC, said Ramsey is a consensus-builder within the committee. As Secretary for Public Affairs in Student Assembly, he is not able to endorse any candidate for the City Council election but said that on a personal and professional level, he appreciates her pragmatism and service to the community.

“I love Barb,” Stalnaker said. “She’s always really open-minded, she’s always really sympathetic to the students’ issues, and even though she represents the landlords, she realizes that we have very real issues that need to be addressed in housing in Williamsburg. She’s always been a very vocal and open-minded advocate for all residences.”

In evaluating candidates, Stalnaker said it is important for any candidate to have an open mind on town-gown relations and to seek to build relationships between different members of the community.

Living in a neighborhood with a high student population, Ramsey said she believes in advocating for students’ rights as tenants and for maintaining good personal relationships.

“I feel that I can be a bridge between the College and the city because of my involvements on campus,” Ramsey said. “I represent students not only that are here today, but I have a long-term commitment to the College and for the students who are here in the future.”