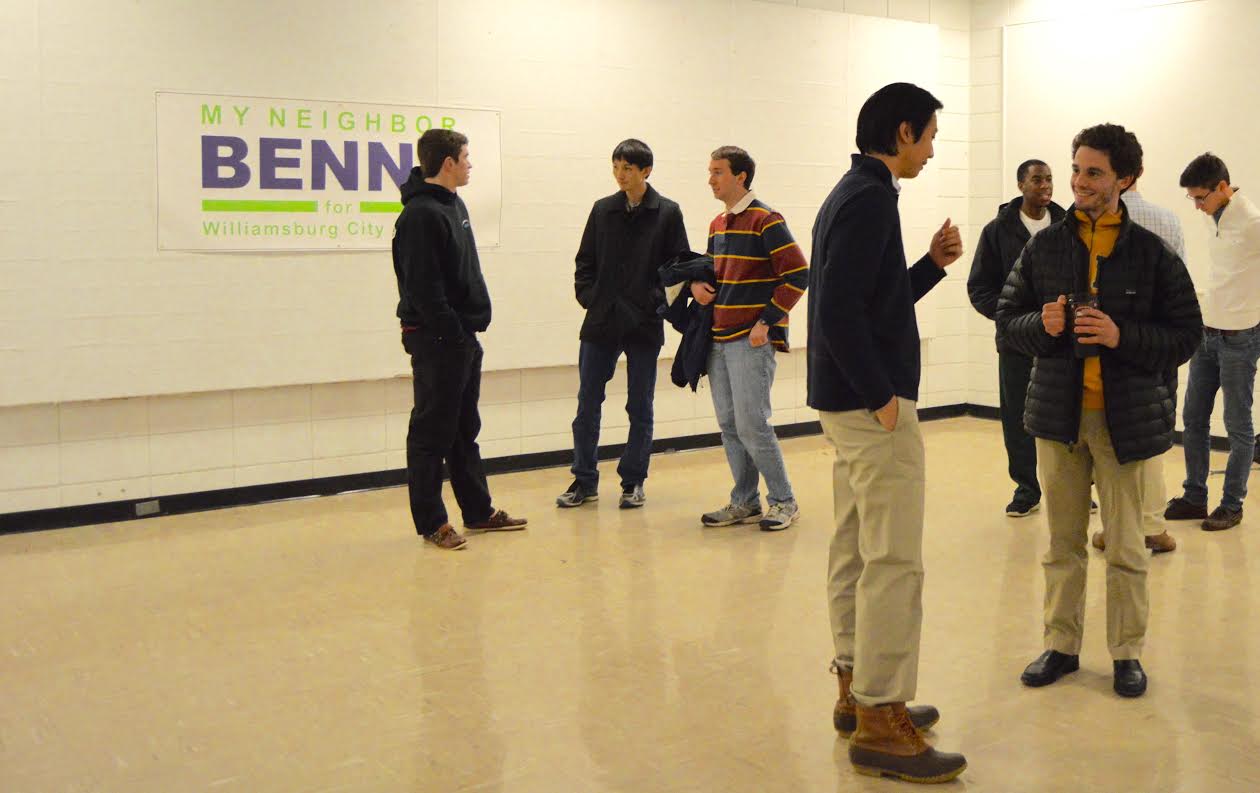 Benming Zhang ’16, who announced his candidacy Sunday night for the upcoming Williamsburg City Council elections, has obtained 215 signatures from registered voters in the city as of Monday night out of the necessary 125 due by March 1.

While Zhang would not be the first student to gain a spot on the council, he would be the first with experience in Williamsburg politics. With three seats open, Zhang is running against four others so far, including Associate Director of the Thomas Jefferson Program in Public Policy at the College of William and Mary and Williamsburg Planning Commission member Elaine McBeth.

Zhang is expected to graduate in May with a degree in public policy. Originally from New York, he came to the College in 2012 and has lived off campus since March 2013. According to Zhang, his experience as both a resident and a student, as well as his prior work in Williamsburg politics, make him qualified to serve.

“I was just a regular William and Mary student,” Foster said in an email.“I knocked on nearly every door in the City, listening to their concerns and asking for their vote.”

Scott Foster ’10 J.D. ’14 was the first College of William and Mary student ever to be elected to the city council, and was elected by a landslide. Zhang’s campaign is following a similar playbook, with face-to-face interaction at its center. When Foster ran, he said he had a primarily student-run campaign and was not involved in Williamsburg politics before the election. He emerged as the front-runner in 2010 with nearly double the amount of votes as the next candidate.

“I was just a regular William and Mary student,” Foster said in an email.“I knocked on nearly every door in the City, listening to their concerns and asking for their vote. Once people met me, even if they didn’t vote for me, they at least felt comfortable that I wasn’t here to support radical change.”

Unlike Foster, Zhang is not new to Williamsburg politics. He has served on the city’s Public Housing Advisory Committee since his freshman year and is eligible for reappointment in September 2016. He said he recognizes that having the label of student will make it difficult when reaching out to the Williamsburg community because of the reputation students have as loud partiers. He said the challenge is getting the Williamsburg population to take him seriously.

Student input on city policies is his primary issue, according to Zhang. Similarly, Foster said improving communication between the city and the College was a focus in his campaign and something that has been a success since he was elected. For Zhang, that communication is still a goal.

Zhang said he would be serving as a more official avenue for student ideas in local government. Skip Estes ’17, a recruiter for Zhang’s campaign, said that Zhang would help improve the relationship between students and the Williamsburg community.

“Williamsburg has a lot of laws in the books that are kind of almost targeting students in a way,” Estes said. “By having a student like Benny on the city council, he can hopefully reevaluate the relationship that regular citizens of Williamsburg has with the students and instead of it being ‘us and them,’ it can be more cooperative.”

Although not involved in the campaign, Sam Glover ’16, who attended Zhang’s official announcement for his candidacy, said he supports Zhang because of his continual support for, and investment in, local politics. The two worked together on The StudentImpact, a student run political action committee that has worked to integrate students into the local political community and encouraged voter registration. Zhang is also a student blogger for the College and worked as an editor at The Flat Hat early in his college career before being dismissed from his position.

According to 2014 U.S. Census data, the City of Williamsburg had 14,691 residents, while the College currently boasts 8,437 total students. Assuming those numbers are still representative of the population, College students account for just over 57 percent of the city’s population. Although students could sway the vote, a problem candidates run into is that most students are not registered in Williamsburg, but instead register in their hometown.

Zhang said that students need to realize that their vote can make a difference in Williamsburg because of the large student population. According to Foster’s campaign, 67 percent of his votes were from students at the College.

The election is May 3, the second day of final exams for the spring semester.