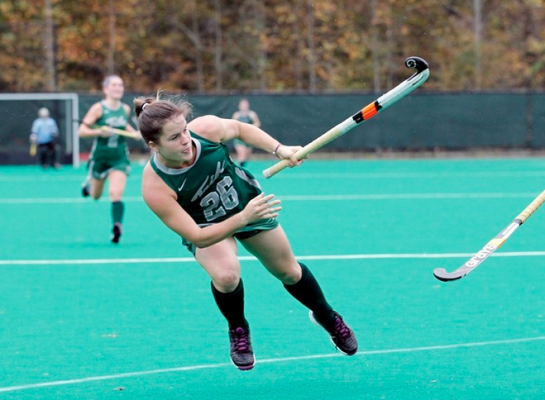 For the first time since 1986, the Tribe will begin a campaign without an experienced goalkeeper. Two-time Colonial Athletic Association Coach of the Year Tess Ellis will have to choose between redshirt sophomore Meredith Clay and freshman Morgan Connor, neither of whom has played a second of collegiate field hockey. Clay has failed to get playing time in her two years at the College due to injury as well as the presence of Savage, but both she and Connor have the talent to start, having earned dozens of accolades at the high school level.

Despite the question mark between the posts, the rest of the College defense is filled with seasoned veterans. Redshirt senior defender and co-captain Maddy Moore and sophomore defender Caroline Arrowood, a 2015 CAA All-Rookie selection, should form an intimidating pair for any opposing attacker, with junior defender Katherine Hull primed to make an impact after starting seven games in 2015.

The Tribe also boasts a talented midfield, spearheaded by junior Booter Ellis, a pre-season All-CAA selection. Ellis earned recognition for her work on the ball as well as off of it, assisting on three goals last season along with making five defensive saves, tied for No. 2 in the CAA.

Up front, the Tribe must figure out how to retain the production of the recently graduated Pippin Saunders ’16, who scored 13 of the team’s 39 goals in 2015.

Ellis will be flanked in the midfield by, amongst others, juniors Erin Menges and Estelle Hughes. Both Menges, a pre-season All-CAA Honorable Mention recipient, and Hughes struggled with injury last year, but both are now fully healthy and should be ready to provide the all-important balance every strong midfield must strike.

Up front, the Tribe must figure out how to retain the production of the recently graduated Pippin Saunders ’16, who scored 13 of the team’s 39 goals in 2015. The College has several experienced options, including juniors Cammie Lloyd — another pre-season All-CAA Honorable Mention recipient — and Emma MacLeod, who tallied 16 points apiece last year, but it remains to be seen if either they or anyone else can effectively replace Saunders as the primary attacking option.

The Tribe is slated to finish sixth in the CAA, a conference featuring two nationally ranked teams in No. 14 Delaware and No. 19 James Madison. The Tribe did receive four votes for a spot in the National Field Hockey Coaches Association poll, but the team must prove it deserves a spot in the national conversation despite a season-opening loss at No. 4 Duke over the weekend.